A TEMPLE BAR resident has stalled the €75 million redevelopment of the Central Bank’s former home following an appeal to the national planning authority.

The plans included converting parts of the building into retail, restaurant and café units at street and basement level. A new two-storey “rooftop hospitality destination” would also be constructed to include a 300-seat restaurant.

Last month, the development of the former Central Bank building was given the all-clear by Dublin City Council, but an objection from one local resident that lives beside the site has now stalled the project.

In a submission to An Bord Pleanála, the Temple Bar resident said the redevelopment of the Dame Street building would impact on the privacy of his rooftop garden.

He added the new restaurant and bar that are part of the project will be open outside of regular office hours and would result in a loss of privacy that would affect the resale value of his home.

The resident acknowledged that the grounds of his appeal are “absolutely selfish” but also added that “people’s privacy should be respected, regardless of where they live”. 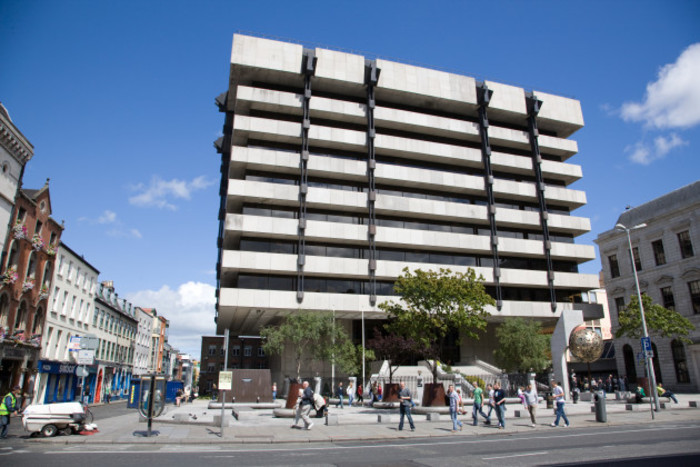 Following the relocation of the Central Bank to its new premises on North Wall Quay, the iconic Dame Street building was purchased by US property giant Hines and its investment partner, the Peterson group.

The Irish wing of the real estate firm paid €67 million for the ex-Central Bank headquarters and several nearby properties. It plans to upgrade a number of buildings in the area to create a new mixed-use scheme dubbed ‘Central Plaza’.

The Central Plaza development is being undertaken in stages and Dame Plaza Property Trading Company has already secured planning permission for several parts of the upgrade plan.

Some of this work is underway, including an overhaul of parts of the former Central Bank interior and exterior, such as staircases and car parking facilities.

Planning has also been granted to convert an adjacent office block, called the Annex Building, into space for restaurants and cafés.

According to Hines, once the Central Plaza project is completed, the office units will have the potential to house up to 1,000 workers.

The retail and hospitality offering could also accommodate as many as 300 full- and part-time jobs. 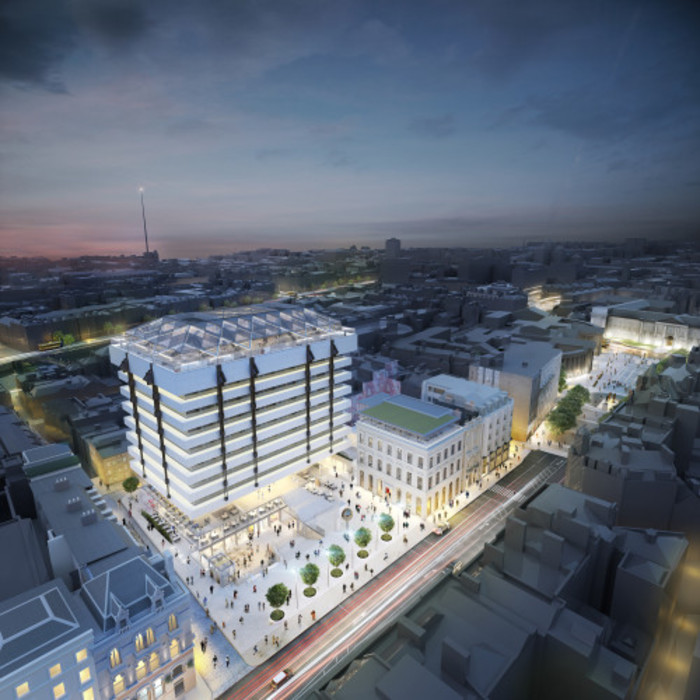 Update: This article has been updated with additional information about what aspects of the project are being appealed.