SMALLER IRISH COMPANIES are still more focused on paying back their debts than taking advantage of new loans, according to new figures from the Central Bank.

The organisation’s latest data for the first quarter of this year showed new lending to Irish SMEs was up €200 million on the same period 2015.

However despite the rise, total bank credit to all SMEs fell for the fifteenth consecutive quarter in a row as businesses continued to repay their debts faster than they drew down extra money.

Companies’ willingness to take advantage of extra credit is generally seen as an indication of their growth plans with those that are confident of expansion likely to drawn down extra funds from banks.

On the flip side, when businesses are focused on repayments it can be taken as a sign of caution.

The Central Bank said while large businesses continued to be net borrowers, SMEs were still focusing on repayments. 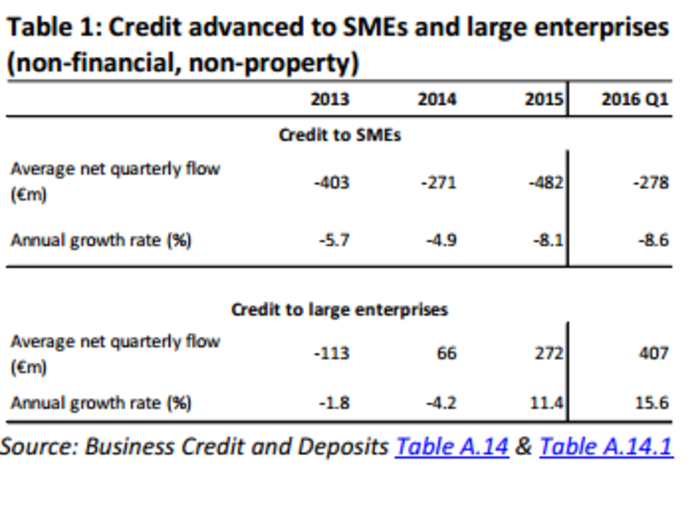 Lending to ‘core’ SMEs, those not involved in property or financial services, fell by almost 9% as businesses in the group repaid nearly €1.7 billion more than they drew down.

The drop was mainly driven by repayments in the wholesale and retail industries, while only one sector out of 15 – electricity, gas and air conditioning suppliers – increased its borrowing over the past year. 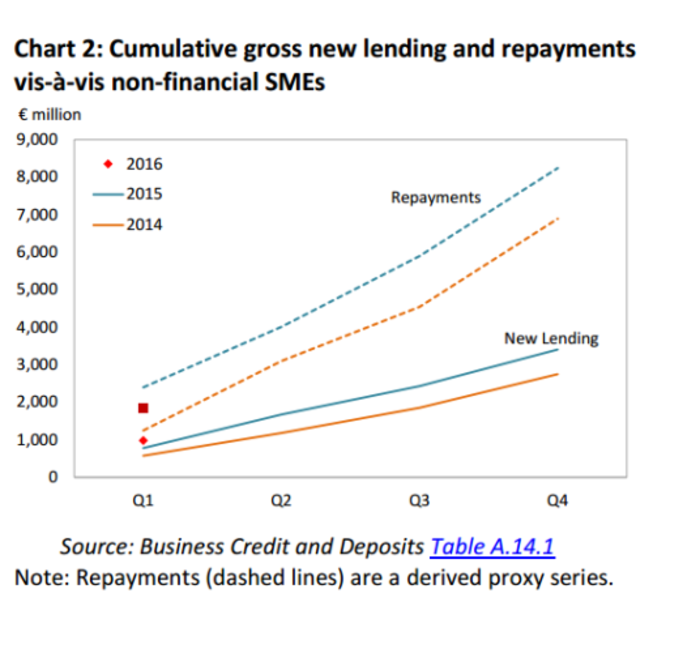 The report also found that the cost of credit, something that has long been an issue for Irish businesses, is starting to fall.

Statistics from the European Central Bank showed that last year Irish companies paid an average of 5.8% interest on loans under €250,000, the highest rate in the EU.

However, the Central Bank found that the average interest rate on new SME loan draw-downs during the first quarter of the year was 4.4%.

Nevertheless, the rates applied to new lending were significantly higher than those applying to the existing stock of Irish SME loans, which averaged interest rates of just over 3%.

The Central Bank found that new lending rates fell for SMEs in most economic sectors since the start of 2015, however rates for new loans remain expensive in certain industries such as agriculture and retail.

Finance for the construction industry, in which loans cost near 6%, was particularly expensive.