THE CONSTRUCTION SECTOR could cause Ireland’s economy to overheat, the government’s spending watchdog has warned.

That is one of a series of cautionary notes struck in the Irish Fiscal Advisory Council’s latest ‘fiscal assessment report’, which was published today.

According to the report, Ireland’s economy is performing well and is predicted to continue to do so for the near-term.

However the council added a pointed warning to the government that further “stimulus” of the economy was “unwarranted”.

“A range of measures suggest that a sharp recovery in domestic output and the labour market continued throughout 2016 and into this year,” it said.

It added that there is a possibility that overheating in the economy could occur, “especially as the construction sector responds to persistent supply shortfalls”.

“Near-term risks of a stronger cyclical upswing are particularly evident in relation to residential construction activity,” the council said.

“There is reason to suggest that significant pent-up demand in the residential property sector may have emerged in recent years.

“The risk of overheating occurring in coming years is significant. This is particularly so if a sharp supply response to possible pent-up demand in the housing market were to contribute to unsustainable construction-led growth.”

However, the council also noted that despite some “modest increases” in the last few years, output in the construction sector “remains well below historical averages and the unsustainable pre-crisis highs”. 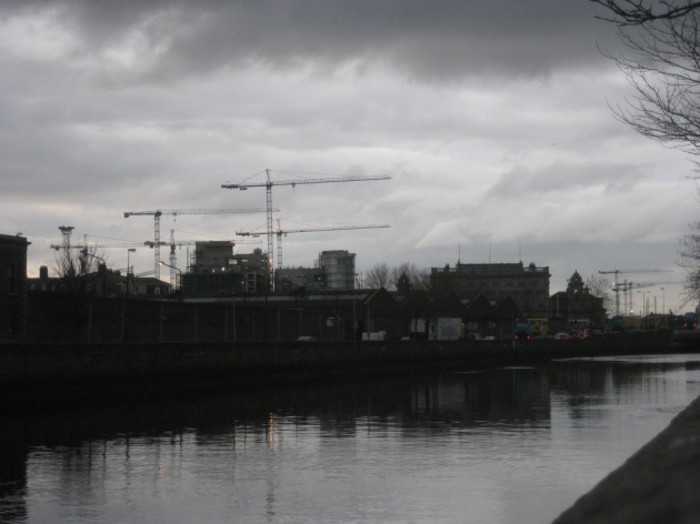 It said that there would be a danger of overheating if the sector grows much more quickly than is currently anticipated.

The fiscal council’s warning echoes earlier calls from the ESRI, which in March pointed out a similar risk in the building sector.

As well as the near-term risk posed by the building industry, the council also highlighted a few other potential challenges to Ireland’s economy in the medium-term, including:

The council said that Ireland needs to work harder to comply with EU budget rules. It said that small increases in spending in 2015 and 2016 “raise the base level of spending for future years”.

“If repeated, these would leave the public finances more exposed to risks relative to earlier plans, and would further jeopardise compliance with the fiscal rules in later years,” it said.

“Compliance with the letter and spirit of the domestic and EU fiscal rules for 2016 and 2017 has been insufficient. Breaches of the rules have not been sufficient to trigger potential sanctions thus far, however, a stated policy of minimum compliance is inherently risky.

“Looking ahead to the period beyond 2018, there is more scope under the rules for government expenditure to expand in line with the economy’s sustainable pace of growth, while gradually reducing debt levels.”

Leo Varadkar, who is expected to be declared taoiseach next Tuesday, has said he wants to lift the national debt target from 45% to 55% of GDP to allow for greater capital investment.