BUDGET 2018 IS “a step in the right direction” for indigenous firms, but it has failed to deliver on a key support for entrepreneurs.

Spollen-Behrens praised the introduction of an employee share option scheme for unquoted SMEs, a measure that had been prioritised by the SFA in its pre-budget submission.

It is hoped that the ‘Key Employee Engagement Programme’ (KEEP) will help small- and mid-sized firms compete against larger companies when it comes to retaining staff.

Similar to the UK’s ‘enterprise management incentive’ scheme, tax on share options will be deferred until the point of sale under KEEP.

Participating employees will then be subject to capital gains tax, which currently stands at 33%, instead of income tax, universal social charge and employee PRSI.

Spollen-Behrens called KEEP “an important initiative” but added that SFA members are keen to see the details of scheme.

Similarly, ISME boss Neil McDonnell said his group would “love to see the T&Cs” of the scheme to ensure that it doesn’t put a technical burden on business owners.

The SFA also welcomed the increase in the earned income tax credit for self-employed people. The credit was increased by €200 to €1,150 – although it still remains a good way off the PAYE tax credit of €1,650. 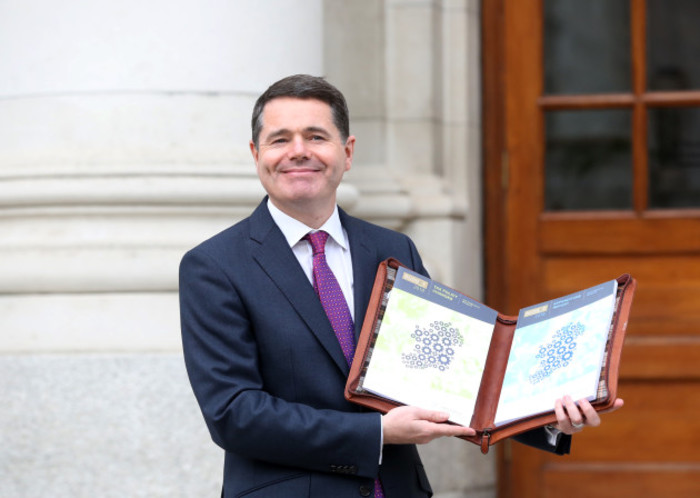 “The SFA has fought for many years to end the discrimination that has too long been a feature of the income tax system,” Spollen-Behrens said.

“We will continue to campaign for the gap between the (earned income tax credit) and the PAYE tax credit to close fully in next year’s budget.”

McDonnell said, ”In general, the thorny issues in relations to tax were never really addressed from a business perspective. There have been some minor changes. We won’t all get really wealthy.”

The SFA was critical of the government’s decision to increase the minimum wage by 30c to €9.55 an hour, while ISME said the 3% hike will mean employees will either need to increase productivity or have their hours cut as business owners won’t be able to pass on the cost.

Spollen-Behrens noted the absence of any changes to the capital gains tax entrepreneurial relief.

Last year, the government reduced the 20% rate of capital gains tax to 10% on disposals of qualifying assets up to a limit of €1 million, with the standard 33% applied thereafter.

Ireland’s small business and startup community has long campaigned for the government to push the relief to the first €10 million of an asset sold.

Spollen-Behrens said increasing the limit for the entrepreneurial relief would help in Ireland’s response to Brexit.

“Instead, the Irish relief remains uncompetitive with the UK equivalent, meaning we will miss out on mobile investment and entrepreneurship,” he said.

“The main focus (of Budget 2018) appears to have been, probably rightly so, towards the social side of the community, including housing and social welfare,” he said. “I think that perhaps business is paying for that, for want of a better description.”

Both ISME and the SFA welcomed a €300 million Brexit loan scheme – but Donnell said he would “love to see the T&Cs” on that initiative as well.

Overall, McDonnell said the Budget was directionless – and lacking in any big news.

“One thing we would like minister Donohoe to have done was to express a strategy – a plan for the way ahead on the employee side, on the employer side – to say what direction he thinks we should go.”