IT’S HARD TO describe what Brian Caulfield is doing right now – he doesn’t even know how to sum it up himself.

Despite using the last seven months to travel and enjoy fewer crack-of-dawn flights to London for board meetings, the man who sold two of his startups for $26 million and $55 million respectively is having a pretty busy career break.

The serial entrepreneur decided to take a step back after some hectic years with venture capital outfit Draper Esprit. He helped lead the firm through its public offering on the Dublin and London stock exchanges in 2017 and last summer took his foot off the accelerator.

He entered his sabbatical in June and has used some of the time to travel – a hike along the Inca trail in Peru being one highlight. However, shortly after taking the break, his brother living in London died suddenly.

It means he’s not rushing into any decisions about when to bring an end to the break, which he’s enjoying.

Although Caulfield is on a “sabbatical”, his list of duties might make you think otherwise. He may be not working at management level, but he still acts as a venture partner for Draper Esprit and sits on a number of boards at early-stage companies.

He is also doing pro bono work with Irish charity startup ChangeX and sits on the board of the Irish Times.

One of the big things Caulfield has enjoyed about having the downtime is being able to take off his investor cap.

“I’m not actively looking for deals for Draper Esprit so I’ve found founders are able to have conversations with me at the moment and be more open about their hopes and fears.

“They might feel like they’re not having to sell to me as much as they did previously – and I’m quite enjoying that.” 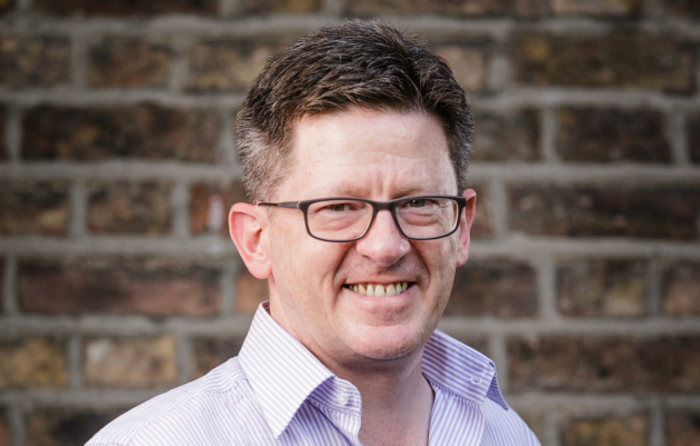 A new position as VC-in-residence at co-working hub Talent Garden means Caulfield will be doing a lot more of this in the near future.

He doesn’t rule out making some angel investments in the companies he will meet through the new role, but the job will mainly involve simply being a more permanent presence around Talent Garden’s base in Glasnevin, north Dublin.

Caulfield says he wants to use his experience to help entrepreneurs learn more about how to deal with investors.

He adds that some founders are wasting their time looking for external funding from VCs when their startups aren’t suitable for that investment model. Equally, he wants to help debunk the idea that funding is an end goal for all startups.

“I would be encouraging companies to think, ‘We planned to raise a seed round and that will get us to the milestone of maybe a product launch or first customer.’ Then a series A will be defined as being used to build out the sales function. There needs to be a more structured thinking.”

Caulfield says that he also wants to break down some of the fear factors between entrepreneurs and investors.

He wants to teach startups to stop worrying about how an investor might react to something and instead learn to communicate with them in a more upfront way.

“Personally, I want to have such a relationship with the founders in a company that if the shit hits the fan, I’m the first person they call. And they call in the knowledge that I say, ‘Oh shit, but let’s think about how we can deal with this situation and how can I help?’

“We’re going to be a force for good in dealing with the situation rather than someone they dread calling,” he says.

Advising startups with his VC cap off is Caulfield’s calling for now – and it will be for the foreseeable future. He says it’s unlikely he will go back into a full-time management role in Draper Esprit and adds that he has had offers for other roles.

“I’m not putting myself under pressure to come to a conclusion. I’m in a very, very fortunate position that I don’t need to think about generating an income on a short-term basis. That gives me the opportunity to take as long as I wish,” he says.

“I want to spend some time thinking about what I want to do for the next 10 or so years of my career. That might be another funding vehicle of some kind.”

It could even be a new startup, Caulfield says. He told Fora in 2016 that a new mystery idea was on the cards. He dubbed it “the best idea that I’d ever had”.

Three years on, he says the execution of the idea – which was focused on user-generated content in the tourism and travel space – wasn’t ideal.

“I had made an attempt to get that off the ground by, if you like, remote control. I brought in a co-founder and gave them half the equity.

“Unfortunately that didn’t work and I realised the reason why was because the vision was very much mine. I hadn’t been able to get that person to the point where they understood and shared the vision.”

He might have another crack at that idea or pick up something else on his list – but would he set up here again?

In the past, Caulfield has been critical of Ireland, saying it is a good place to start a business but a bad environment for entrepreneurs.

After the most recent budget, Caulfield tweeted that it was another “missed opportunity” and “failure of imagination” by the Department of Finance.

At the time, he pointed out that a change to the State’s share option scheme failed to address its “many other problems” and that capital gains tax remained uncompetitive compared to the UK’s system.

“Our representatives work hard, but I think policy initiatives have almost always been ultimately very weak or emasculated by the inappropriate terms and conditions that almost seem designed to ensure the schemes are not taken up,” he says.

“There has been a tendency to identify a scheme in the UK that works over there, reduce the financial limits and then add a raft of new conditions that virtually make it useless.

“If a minister of the day was to come to me and ask if I would be prepared to get involved as a high-level ministerial advisor on these issues, I would say yes. But I don’t think that’s the answer. We need a minister who gets it.”

Despite his grievances with the Irish State’s business policies, Caulfield wouldn’t rule out setting up a new company here. He says the startup ecosystem is “reasonable” and better than many other countries.

But getting attention for the cause is a tall order, Caulfield admits, since entrepreneurs are cash-poor and strapped for time.

Case in point, Caulfield himself is on a sabbatical and even he doesn’t have time to take up the baton to form a strong lobbying group.

“I’ve no ambitions to have a political career,” he says. His mind is focused on mapping out the next decade of his career.

He wants to grab coffees with founders and share advice. And there’s one new lesson he is particularly keen to get across since the sudden death of his brother.

“One of thoughts I’ve had is, maybe in the tech world and startup community in particular, we don’t talk enough about death and these kind of big life questions and the impact they can have on people.

“I’ll be much more focused in terms of conversations with entrepreneurs and trying to make sure they are thinking about balance in their lives.

“You have one life to live and you don’t want to find yourself in a situation where you have built a business at the expense of your health, marriage or kids.”

Talent Garden will be hosting a fireside discussion with Brian Caulfield on 24 January. The event is free to attend and open to the public.