DUNNES STORES HAS forced Blanchardstown Shopping Centre to scale back its latest development plans, which involved the creation of new ‘kiosk zones’ in existing parts of the mall.

At the beginning of this year, Blanchardstown centre applied for planning permission to create the areas, including up to 54 commercial kiosk stalls, inside the shopping hub.

The proposal detailed the centre owner’s plans to add a “kiosk zone” to the first and second levels of the yellow, green, central, red and blue wings of the development.

The combined stalls would represent a gross floor area of nearly 1,000 sq m, more than doubling the 463 sq m currently taken up by existing kiosks in the venue.

The shopping centre proposed using the kiosks for retail purposes or as premises for small restaurants, cafés or food takeaway stalls.

Following the application for planning permission, retailer Dunnes Stores lodged an objection with Fingal council to voice its concern about the proposal.

The retailer, which is one of the shopping centre’s anchor tenants, said the plan will “clutter” the whole mall.

“The applicant is seeking carte-blanche permission to locate retail and service kiosks throughout Blanchardstown Centre,” Dunnes said in its submission.

It added that the new kiosks would obstruct and reduce consumers’ ability to see the entrances to the Dunnes store on the first and second floors.

“A large kiosk zone will introduce unnecessary obstructions and clutter to the centre’s internal pedestrian mall which will obscure sight-line across the mall and will reduce the centre’s legibility.

“Overall, it is considered the kiosk zone as proposed will have a negative impact on centre’s shopping environment rather than a positive impact as suggested in the applicant’s planning application.” 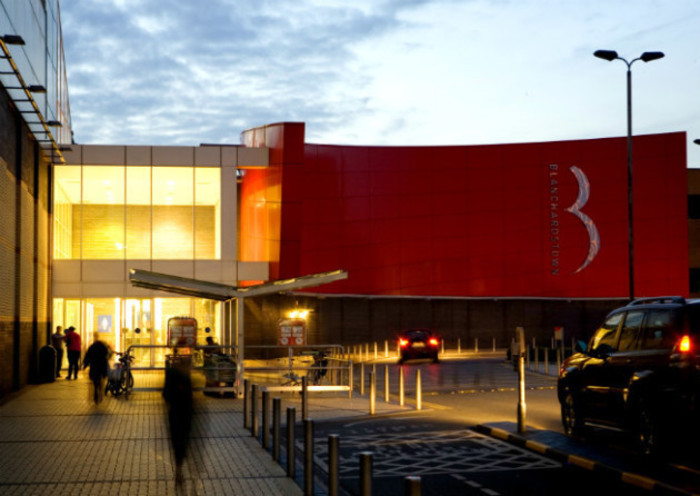 Following the objection to the kiosks by Dunnes, Fingal council requested additional information from Blanchardstown Shopping Centre about the development.

The Blanchardstown centre’s response included a number of revisions to the original design plans. These amendments were made to address concerns raised in the observation submitted by Dunnes Stores, according to the centre.

The maximum number of kiosks to be accommodated has been reduced from 54 to 38, as has the individual size of the kiosks.

Dunnes Stores and the local authority will be granted further time to review the revisions made by Blanchardstown centre. The retailer can still lodge further objections to the kiosk plans.

A decision by the council on this latest planning application is expected in the coming months.

Blanchardstown Shopping Centre was bought in September 2016 by US private equity firm Blackstone in a deal worth €945 million – the most expensive single property transaction ever completed in Ireland.

Last year, planning permission for a €40 million extension to the existing centre, which has 180 stores, was given the all-clear by the council.

The project proposed the addition of 18 new retail units to the shopping centre, including a large 3,700 sq m store.

As previously detailed by Fora, Dunnes Stores has got into a string of disputes with its landlords across Ireland, including in Dublin’s Ilac Centre and the Square shopping centre in Tallaght.