WATERFORD’S BLACKWATER DISTILLERY is trying to eliminate the “smoke and mirrors” around the provenance of Irish whiskey by using blockchain technology.

The company said it is one of the first distillers in the world to use the budding tech to log and track its processes so customers can view how their whiskey is made.

Production information is tracked and logged electronically – and signed with a digital certificate – on the blockchain platform.

Blockchain provides a digital ledger of data that is managed by a distributed network of computers, meaning the data cannot be tampered with.

The platform allows customers to view a product’s journey – from distillation, to bottling, to landing on the shop shelf – by scanning a unique code on every bottle.

It is being deployed at the company’s new distillery in Ballyduff, County Waterford, which was launched this week to produce its Single Malt and Pot Still Irish whiskeys and eventually its gin products.

Creative director and co-founder Peter Mulryan said every bottle will have data such as “where the barley came from, the day the mash took place, all the way through to where the barrels were stored”.

He added that it has personalised the platform by logging stills from security cameras so customers can see the distillery’s floor on the day of production.

“As we grow and expand over the next couple of years, we can give our suppliers access to this technology so the farmers that are growing our barley will also be using it.”

Farmers, for example, could input data on when they start planting their barley for a snapshot of the earliest stages of production.

“(It can show) the variety of barley, where the barley came from, what field it was grown in and here’s my tractor.” 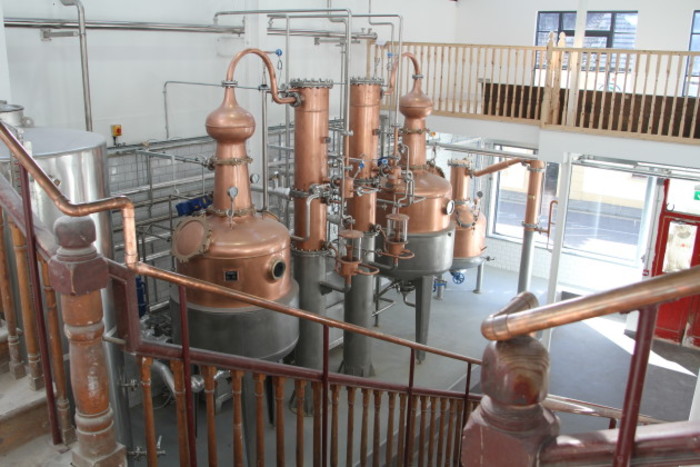 Mulryan said the technology was necessary to try to stem the “smoke and mirrors in Irish whiskey”.

Some whiskey brands mature their product but don’t distil it themselves, opting instead to buy the raw material from a third-party.

“So many people hide the provenance of what they do. It’s OK to have your stuff produced elsewhere, that’s fine, but be honest about it. Don’t lie to people,” Mulryan said.

“I can’t change what people do but we can certainly lead by example. Right from the very beginning we wanted to be completely transparent about whatever we do here so everything that comes out of this building we’re in now would be blockchain transparent.”

The distillery is working with Edinburgh-based tech company Arc-net, which develops blockchain tools for tracing and protecting supply chains and assets.

Mulryan said deploying the tech has not been cheap but was important for creating value, such as transparency and traceability, around its product.

“If you’re going to be charging a premium for your whiskey, and we’re going to have to do that because we’re small, you need to be adding value.” 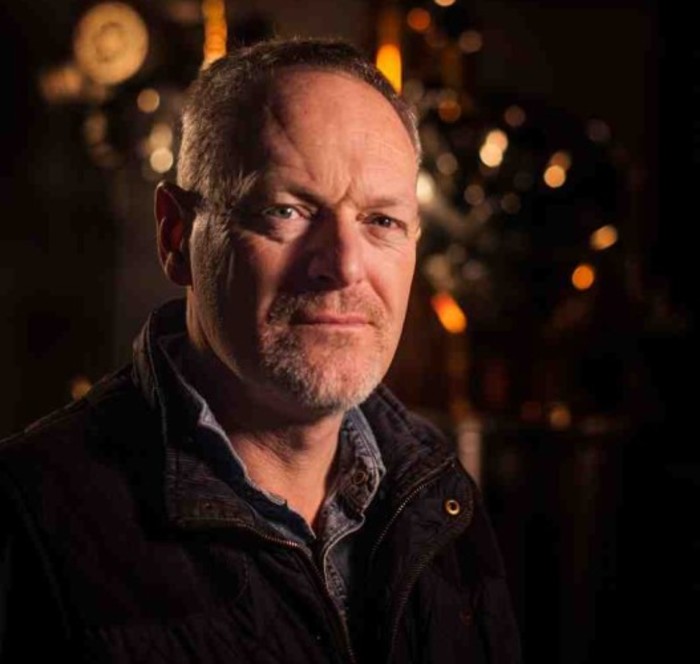 Arc-net previously teamed up with Scotland’s Ardnamurchan Distillery to list one of the distillery’s limited edition drinks on its platform to prevent counterfeiting.

Its platform generates a ‘Universally Unique Identifier’, or UUID, for every asset it tracks. It was founded with the original idea of tracking food products in the supply chain after the horse meat scandal but has shifted its focus to distilleries.

Gerry Foley, business development manager, told Fora that the platform is “events-driven” and works with the distilleries to understand each process they undertake.

While information cannot be deleted, there are functions to remedy errors, Foley said.

“You can still add to it, of course, if somebody has entered something genuinely in error. They can go in and re-enter (information) and effectively what that does is create another link in the chain. It doesn’t overwrite the first record.”

Arc-net charges clients a monthly subscription fee to use its tech.

This isn’t the first time the drinks industry has flirted with blockchain.

VinX, an Israeli company, is building similar tools for tracking the provenance of wine bottles and ingredients. Last month it raised an undisclosed sum of money from Medici Ventures, the investment arm of US online retailer Overstock.

The UK’s Everledger creates tracking tools for valuable assets like diamonds and has previously tracked wine production journeys on its platform.

“It’s a way of going look, we have nothing to hide here,” Blackwater’s Mulryan added. “This is us and everything we do and this is the proof.”