ACCLAIMED INDEPENDENT TV producer Bill Hughes has made more than a thousand hours of television during his 30-year career.

As co-founder of Mind The Gap Films, the Dublin-based production company he set up with Bernadine Carraher in 2001, Hughes has also brought a number of hit entertainment shows and documentary films to the small screen.

For the latest instalment of our question-and-answer series, we spoke to Hughes about why he doesn’t hire sleepwalking millennials, the secret to a successful television career and learning not to share his ‘crayons’. 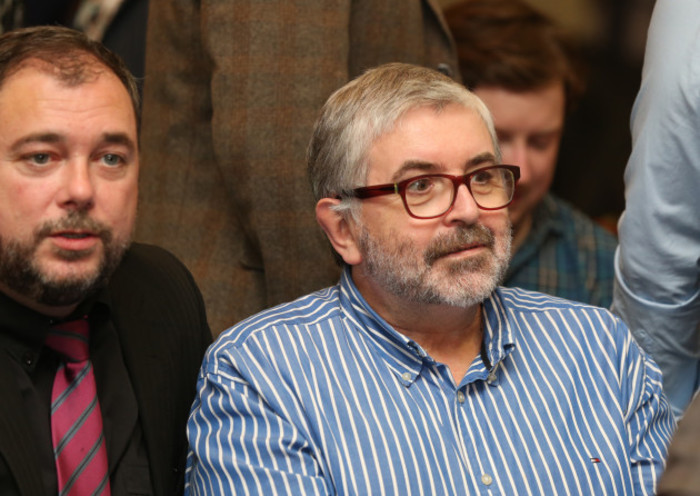 How do you start an average day and how do you finish it?

The first thing I do is clear the backlog of emails and look at my to-do list for the day. I also look at all the questions that have already arisen within the office – there’s always something to be dealt with.

Deadlines are the scourge of our lives – you can live in deadline hell if you choose to. We, in Mind the Gap, try not to. We try to stay ahead of the posse.

I try to finish work when I feel I have cleared enough of my backlog. Sometimes you have to bring work home, it depends on the production and the deadline. That’s just the nature of the business.

I wish I could master one musical instrument, preferably the piano. I’m sure I’m like most people – in so many projects, I’m surrounded by super musicians. I’m always in awe of what they do.

I’ve made so many. My father used to say, “Never trust a man who’s never made a mistake; a man’s who hasn’t made a mistake has made nothing.”

I’ve made some whoop-di-doo mistakes in my time – in work and in life – what you need to do is not dwell on them, learn from them and move on.

What are your favourite job interview questions to ask and why?

What drives you? What gets you out of bed in the morning? What is it that’s your focus? What do you hope to achieve?

It shows you that the person is awake. All these millennials that are sleeping in front of you… ‘snowflakes’ are not a figment of anybody’s imagination, they’re very real.

If they don’t know who we are and what we do. If they don’t fully understand what we’re about, then what makes them think they want to work for us? You can find that quite early; that real, laid-back energy.

It’s either that or know-alls. If they already know everything and if they’re telling me they’re going to make my company better, then I think they should set up their own company and let it compete with me.

I want people who will learn from the work that we do. If they come here telling us they already know everything, there’s nowhere they can go, only through the door.


What bad work (or business) habit have you had to kick?

I used to be too trusting, I would take people on face value. That was very foolish and it gets you nowhere.

I used to be so open and share my crayons. I realised that there’s a value on my crayons and I should actually be keeping them to myself and that people should have to earn them.

My mother reared 13 children from a small drapery store on the main street of Athy, Co Kildare. Every one of the 13 children were offered third-level education through what my mother did. She, having not had education herself, understood the value of it.

She worked so hard to ensure that every one of us would have every conceivable opportunity in life. That was all done because she worked the longest hours.

I know that my mother sat up doing the books until 3am and she was back behind the counter at 9.30 every morning as the door opened for the first customers.

She would close the shop for a half-day on Thursdays when she would get on the train to Dublin and go around all the fashion houses, find all the latest stuff to get it in for the weekend.

She never turned a customer away. They would need something black for a funeral, but people don’t just die between nine and five on a weekday. They would die at midnight on a Saturday, and my mother would always upon up on a Sunday with an open heart.

That level of determination, customer service and drive to ensure that she was passing the best on to us, that to me is a great business person.

That’s an easy one: March 2001 on Ellis Island. We were producing a concert for PBS with an audience of 400 invited guests.

We had to close Ellis Island for a day – closing a national monument in America is a big deal. We had flown in the Sinfonia Varsovia orchestra from Warsaw and the Irish Tenors. The host was Martin Sheen, who was at the height of his West Wing fame.

The morning of the concert, it was announced on every weather channel that the storm of the century was about to hit New York.

The New Jersey Turnpike was shut and that was how our orchestra and everybody was coming on coaches. The New York Harbor master shut the harbour so our audience to sail across to Ellis Island. Everything was shut down. 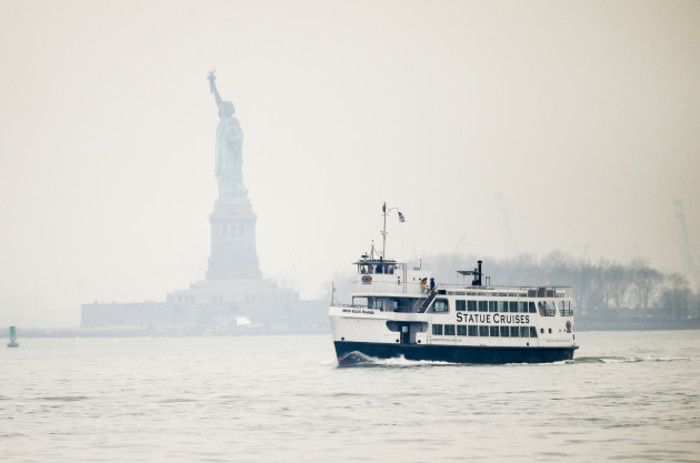 We discovered that the storm was an act of God and our insurance wouldn’t cover the cost of pulling the concert. We were so exposed. We didn’t know what was going to happen.

I made the decision that we should go ahead. I don’t know what part of me knew we could.

At 4pm the storm came and changed direction and turned 50 miles north of New York and dumped all its snow and ice up there.

At 6pm, the harbour master re-opened the harbour. The New Jersey Turnpike re-opened. The orchestra got there for the soundcheck and the show started five minutes late. That was the biggest risk – but it was worth it.