IN A PREVIOUS life, Barbara McCarthy once brushed with royalty when she had to troubleshoot a tech problem while hosting clients at the world-famous Aintree racecourse.

Today, she is director of engineering at HubSpot in Dublin, where the sales and marketing software giant is set to significantly increase its presence over the coming years after agreeing to a lease a large office in the capital’s docklands.

As part of our weekly question-and-answer series, McCarthy talks about learning not to take things personally, what happens when employees are overworked and why she’d be willing to back Intercom.

I think it would definitely be in the startup world. I was involved in a startup a number of years ago and it was a period in my career that I definitely learned the most.

It was challenging, but sometimes I learn by doing, failing and learning from my mistakes. It taught me to think outside the box and how to stand on my own two feet.

The startup world excites me because there’s never a proven path that you are following – it’s up to you to create your role.

Do you read business biographies/management books? If so, what’s the best book you’ve read so far this year?

One is called Leaders Eat Last by Simon Sinek. I think he’s completely on the money in terms of his leadership around management and how to empower teams.

It really challenges old-school thinking in terms of how to lead teams and lead by example.

The other book is a biography which I’m just finishing at the moment. It’s Becoming by Michelle Obama and I adore it. I’m listening to the audiobook in the car on my commute and it’s very inspirational.

One of the things I remember is doing a large restructure in a previous company and unfortunately we had to lay people off.

I wasn’t personally impacted – my department was – but I felt as if I’d failed the team.

I think the big lesson for me was that the restructure was totally the right thing to do and I had taken it too personally.

I wasn’t looking at the overall success of the company; I was probably a little too empathetic in what each and every person was feeling.

It was a hard lesson to learn and it was pointed out to me at the time, which I really valued.

The one I love to ask is, “What is the best and worst team that you’ve ever worked with and why?”

It tells you a lot about what the person values in their everyday workings. Do they value profits? Do they value creativity, control, technical expertise? 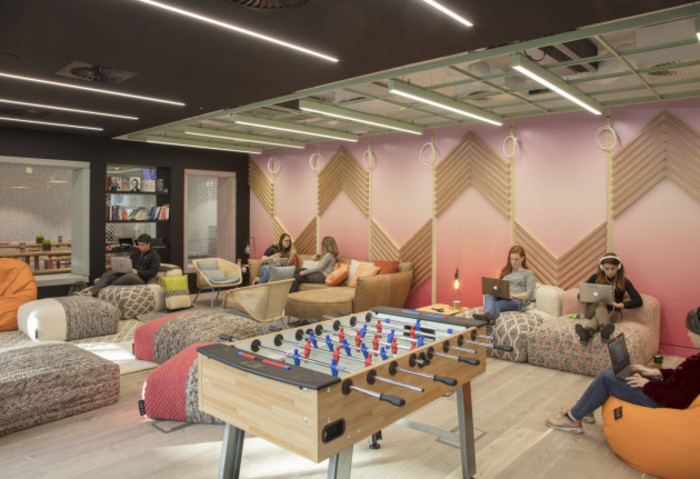 Do you like to see your colleagues working extra hours? Why/why not?

No. I think everyone needs to unplug and recharge.

If you see people working lots of extra hours, I think you need to dig in and see why that is the case.

Is it a case of, there aren’t enough resources, or are they struggling? It shouldn’t be something that needs to be sustained.

If people do that, they won’t be on the top of their game; they’ll make mistakes, they’ll be too tired to make good decisions. If you do it for long enough, I think you’ll burn out.

It’d be Intercom. I think they’re an incredible success story and they’ve built such a fantastic product in a short number of years.

Looking from the outside, I think they have very high standards in terms of engineering.

Staff companies are changing so rapidly, and the level of customer expectation in relation to usability and services is so high.

We always need to stay ahead of the newer and emerging trends to ensure that we’re consistently building products that don’t just meet our customers’ expectations but exceed their expectations.

The weirdest place you have used as a work desk?

One was beside a Coca-Cola vending machine in a warehouse and the other was in a private box at Aintree racecourse.

When I worked at Inspired Gaming group, one of the things that I worked on was a prototype interactive vending machine.

In that same company I worked on the first project to develop virtual racing, and we brought lots of customers to a private box in Aintree.

In the middle of an amazing day at the racecourse, I had to troubleshoot a technical issue, so I basically had my laptop on my lap and tried to work through exactly what was happening.

Where we were that day, we could see the royal box, which is where the queen and the royals hang out, so it was very swish.

Believe in yourself. When people start off in their careers, they kind of think everybody else knows what they’re doing and they have it all sorted and figured out.

Don’t worry – people don’t know everything when they start. As long as you have an open mind, an innate curiosity for problem solving and an appetite to learn, I think you will succeed.