NO HARD EVIDENCE has been produced that Ireland’s banks acted as a cartel despite their systematic overcharging of tracker mortgage customers, according to the head of Ireland’s competition watchdog.

However Isolde Goggin, the chair of the Competition and Consumer Protection Commission (CCPC), said she has not ruled out the possibility and is urging any potential whistleblowers to come forward.

This resulted in higher mortgage payments for many people, some of whom were overcharged thousands of euro and lost their homes.

Critics point out that all of Ireland’s main lenders acted in a similar way in systematically trying to move their customers off the mortgage product, which was generally financially better for the consumer and worse for the banks.

However, Goggin said that many factors would have pushed the banks to try to get their customers off tracker mortgages, and there is no evidence so far that they colluded.

“We haven’t been provided with sufficient evidence to believe that there is a cartel. We have not recovered any information that would allow us to open an investigation.” she told the Oireachtas Finance Committee today.

“All the banks withdrew their trackers at the same time, but they were all losing their shirts with the trackers.

“It was in the bank’s’ interests to get people off trackers. We would need something more than the banks were doing something that was in their economic interest.”

The consumer protection boss said she would not completely rule out the possibility of the existence of a cartel, as they are secretive by nature. 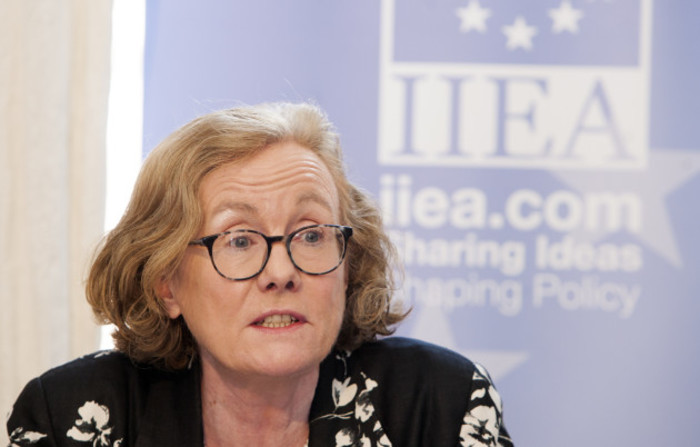 However, she said that unless someone comes forward with hard evidence of collusion among the banks, there is little that the watchdog can do in regards to starting a criminal investigation.

“We’ve seen what happens when public agencies cut corners investigating, we’re not going there,” she said.

“For cartel activity you want to take the criminal route and if you’re looking to go before a judge you have to be able to explain why you’re looking for a warrant. You can’t go on a fishing expedition.”

She appealed for people who might know anything about collusion in the banking sector to contact the authorities.

Fine Gael senator Kieran O’Donnell also raised the issue of Ireland’s standard variable mortgage rates, which are about twice as high as the eurozone average.

Goggin conceded that the Irish mortgage market is “dysfunctional”, and said that she would welcome more competition.

“If the German banks can do that (help drive down Irish mortgage rates) I wish they would, it would shake up the market, but the point is that they haven’t done it,” she said.