THE BETTING INDUSTRY has seen a lot of consolidation in recent years, with Paddy Power and Betfair’s 2015 tie-up the most prominent deal.

Meanwhile Ladbrokes and Coral in 2016 merged with the new firm, Ladbrokes Coral, being acquired by gambling operator GVC Holdings earlier this year.

While these monster deals can help improve one-time rivals’ bottom lines or tighten their market domination, product innovation can also fall by the wayside as a result.

Mark Hughes first started to see this trend while he was working at Paddy Power, where he headed up the betting firm’s quantitative analysis team until 2014.

“As Paddy Power got big, it got harder and harder for them to innovate. We figured that if we really want to innovate you’re better off being a small company that focuses on that alone,” he says.

Banach builds software that powers sports betting games, drawing on the expertise of chief executive Hughes and his co-founders.

“What we had a strong track record of doing in Paddy Power was building innovative models. The output of that was new ways to bet.”

Banach’s flagship product, ‘Build A Bet’, is used by bookies to allow punters to craft their own unique bet based on multiple events within a fixture – for example, Wayne Rooney to score the first goal of a match from a set piece.

“Bookmakers couldn’t provide a price on that type of bet, so it’s an innovation in the industry,” Hughes explains.

The product is currently football-specific, taking advantage of the recent World Cup and the start of the new Premier League season. 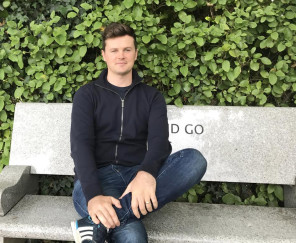 Nimbler startups can help big players in the betting sector to develop new products that set themselves apart from competitors, Hughes adds.

"When a product like (Build A Bet) comes to market, bookmakers look at what can differentiate from competitors, so while we have that right now we're always looking new products to develop and new ways to bet," he says.

"A gap in the market that we're looking at right now is player propositions, which is essentially betting on how many assists a player has, or how many passes, how many tackles."

The new game would allow punters to gamble on the size of a player's contribution to a match. Banach makes money through licensing its software to betting firms and sharing in the revenues generated from the games.

The company's clients to date include the founding trio's former employer, Paddy Power, as well as Ladbrokes and Betbright.

Banach recently secured €2.2 million from investors including Paddy Power co-founders David Power and Stewart Kenny, alongside a number of former executives from the firm. 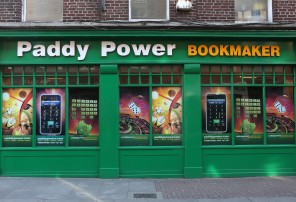 The funding is going towards increasing product development and adding to its team of software engineers.

"We also want to take advantage of this big opportunity where we have good clients on board and build new products fast. We're looking at quantitative models, so basically we need mathematicians to join the team to allow us to build new products," Hughes says.

Europe has been the main market for Banach since it was founded. But things are about to drastically change stateside with the US market opening up to sports betting following a recent Supreme Court decision.

Paddy Power Betfair went straight into action, acquiring fantasy sports company FanDuel. The court ruling means US states can impose their own regulations - however some administrations are more enthusiastic than others.

Hughes says the opportunity is "huge" for the entire industry, with the potential to "dwarf the European market if it takes off in any meaningful way".

"It's going to open up state by state, so we're not going to find out immediately. But it's interesting to have opportunities with a marketplace of that size that has no history of regulated gambling, to get in early and become established as a brand."

22.03.2018How injury heartbreak for this former Kilkenny hurler spawned a startup

Once the major players have basic offerings in place in the US, Hughes adds, startups like Banach can aim to get involved.

Unlike the betting companies, which operate in usually strictly regulated environments, Banach effectively exists between the regulatory cracks.

"All we are doing is providing a game for the customer to play. It's the ultimate responsibility of the operator to mind that person's data and money."

However Banach's products can still need tweaks to fit clients' businesses in different jurisdictions. Its hiring plans following the funding injection will go some way to helping it handle these issues.

The company has a team of 16 based in Dublin after a successful hiring drive that took advantage of Hughes and his co-founders' networks from Paddy Power and the betting industry.

"I think the second wave is going to be that bit harder because we only have so many people we identify from our own network," Hughes admits.

"It would be nice for us to get to the point where people understand who we are and are finding us rather than us (finding them).

"You have to find some differentiator about why you're an interesting place to work. Not everybody is necessarily motivated by salary. They want to work in places that are building cool things, so that's our challenge (to explain)."