IRREGULAR HEARTBEAT IS a “very common condition” but, according to John Thompson, there is a gap in treatments that needs to be plugged.

Thompson is the co-founder and chief executive of Galway-based medtech startup AuriGen, which is developing a device that he believes can address the issue.

AuriGen was born from the Bioinnovate programme at NUIG, an initiative that helps budding medtech entrepreneurs hone an idea into a business.

The programme has played host to startups like Loci Orthopaedics and Kite Medical.

Thompson began his medical career as an anaesthetist before venturing into the business side of things at Pfizer where he was medical affairs lead for the European market and eventually embarked on his own business.

Alongside co-founder Tony O’Halloran, he began plotting out ways a device could provide a new treatment for atrial fibrillation, or an irregular heartbeat as it’s more commonly known.

Thompson explains that the condition can be common in people with a history of cardiac issues, such as a heart attack, or it can be brought on by ageing, which can lessen the effectiveness of existing treatments.

The condition is currently treated by medications that temper the irregular heartbeat. 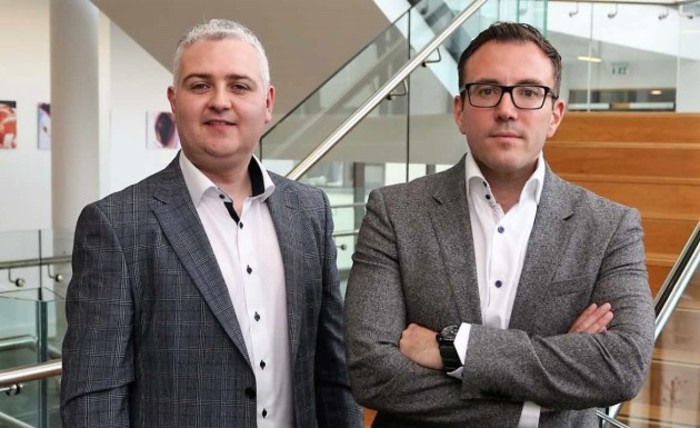 Another treatment is cardiac ablation, a procedure to help stable the heart’s rhythm. It involves scarring tissue in the heart that’s causing the irregular beat.

“Unfortunately for patients with longer (atrial fibrillation), who have had it for a long time, this procedure doesn’t work very well,” he explains.

“We looked at a lot of data that had been coming out … to try and understand what potential avenues hadn’t been explored.”

Through this research, Thompson focused on one particular area of the heart called the left atrial appendage, which is a small protrusion from the left atrium.

“For many year it’s been known that that’s where most of the stroke risk is associated,” he says.

He explains that “blood gets caught in there … the blood can pool and clot and form a kind of a thrombus, a big clot” and this can cause a stroke.

AuriGen’s device tries to prevent this happening. The tiny device, just 2cm in width and length, is introduced to the body via a vein and travels to this area of the heart.

28.03.2019Wazp wants to bridge the knowledge gap in 3D printing for companies big and small

“Once it’s in position, you press a button which activates an electrode system, which causes the ablation,” he explains. 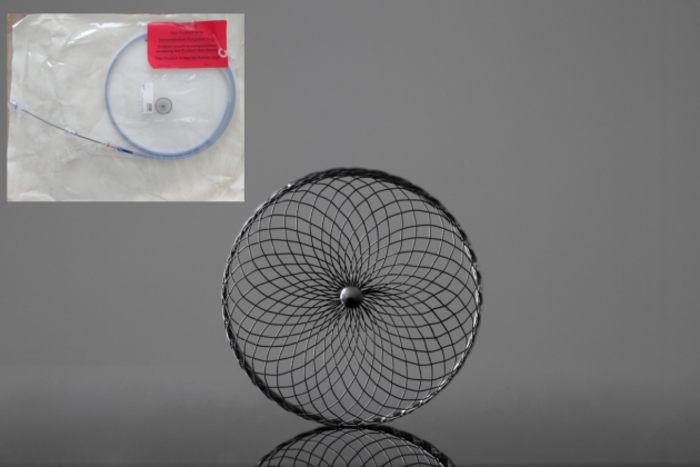 Prototype of the device
Source: Aurigen

The whole procedure should take less than an hour, he says.

“You can reduce the patient’s stroke risk but also reduce their risk of getting atrial fibrillation. That could never be done before.”

The startup has carried out acute and chronic pre-clinical trials thus far.

It is now preparing documents and meetings with US authority the Food and Drug Administration (FDA) with a view to starting human trials next year.

AuriGen will be carrying out trials on both sides of the Atlantic. In Europe, the regulations around medical devices are about to get much stricter when a raft of new rules come into force in 2020.

While the changes have been a cause for concern for many in the industry, Thompson believes they will “harmonise” Europe with the expectations of the FDA in the US.

“In the past, the (European) requirements tended to be a little bit less onerous than the FDA, so many companies would be able to launch in Europe before the US. Now with the harmonisation, the trial requirements will be very similar between Europe and the US,” he says.

Running trials is expensive business. AuriGen has raised total funding of around €12 million from various sources, including €2.5 million from the EU’s Horizon 2020 that it secured last June.

It also recently received €5.9 million from the government’s disruptive technologies innovation fund to further its route to commercialisation.

Thompson adds that the company is investing in more staff. It has five employees with three coming on board soon while it is “looking to plan those first human studies”.