FIVE YEARS AGO it was hard to find a petrol station selling espresso, now coffee is more important than oil or petrol to some filling stations.

That’s according to Applegreen chief operations officer Joe Barrett who said coffee is now the “most important product we sell”.

“It’s way more important than oil. Coffee is a key, an important part of our sector and that’s really where profit is. Internally we call it ‘black gold’.”

Applegreen is one of Ireland’s largest fuel retailers, with outlets in every Irish county and also operations abroad in the UK and the US.

The most recent financial results for the company, which cover the first half of 2017, showed that the business operates 275 forecourt sites and employs roughly 4,000 people. On average, it has opened 23 new sites each year since 2012.

Over the past five years, Applegreen has also been growing the food wing of its business. It has signed partnerships with coffee brands such as Lavazza and Costa Coffee, while the business also runs its own café offering, Bakewell, in a number of outlets.

Aside from its partnerships with coffee chains, Applegreen has also linked up with international food brands such as Burger King, Subway and Freshii to build the food side of its operations.

Even though most of its food comes from third-party brands, Barrett said the majority of the group’s food-related revenue actually comes from the Bakewell house brand. 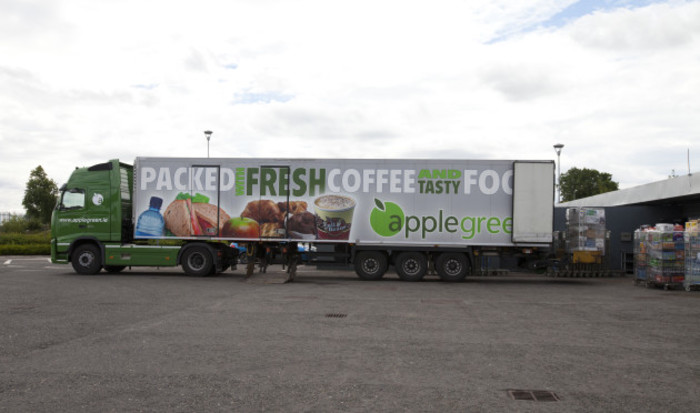 Barrett, who was speaking at Bord Bia’s Irish Foodservice Seminar yesterday, said Applegreen has made a lot of its inroads with its food offering by targeting “time poor” consumers who want coffee, and even breakfast, on the go.

However, he added that the group is aware it is about to get much harder to tempt people into Applegreen’s forecourts with the expected rise of hybrid and electric vehicles.

“We’re conscious of what’s happening in our sector when you see the likes of alternative fuels and the move towards electric cars. People don’t need to stop as often because cars are getting more efficient.

“So what we need to do is find another source of product we can sell to our customers and food is key.”

food and drink resource and energy