APPLE WILL PAY about $38 billion (€31 billion) in taxes - likely the largest payment of its kind – on profits repatriated from overseas as it boosts investments in the United States.

The iPhone maker said in a statement it plans to use some of its foreign cash stockpile, much of which has been passed through its Irish-registered subsidiaries, which qualifies for reduced tax rates under a recent bill, to invest in new projects.

A source close to the company confirmed that Apple is sharing some of the wealth with employees worldwide through bonuses of $2,500 (€2,050) worth of restricted shares of stock.

Apple, which claims to be both the largest taxpayer in the US and in Ireland, is also one of the biggest beneficiaries of a tax bill passed by the US congress in December which lowers the rate of repatriated profits to around 15% and cut the corporate tax rate to 21% from 35%.

The tech giant had built a stockpile of more than $250 billion (€205 billion) in overseas holdings, claiming it was not in the interests of shareholders to repatriate the money with a 35% tax rate.

Apple said it will now use a large chunk of the overseas cash for US investments, although it is not clear how much of the spending was already planned before the tax changes.

The Irish government said it didn’t believe the move from Apple would hit its corporate tax receipts, which are heavily dependent on just a handful of major companies.

Apple said it expects to spend more than $30 billion in direct capital expenditures in the US over the next five years, creating roughly 20,000 new jobs, and claimed the move would contribute $350 billion in economic activity on home soil.

“Apple is a success story that could only have happened in America, and we are proud to build on our long history of support for the US economy,” said Apple chief executive Tim Cook.

“We believe deeply in the power of American ingenuity, and we are focusing our investments in areas where we can have a direct impact on job creation and job preparedness.

“We have a deep sense of responsibility to give back to our country and the people who help make our success possible.” 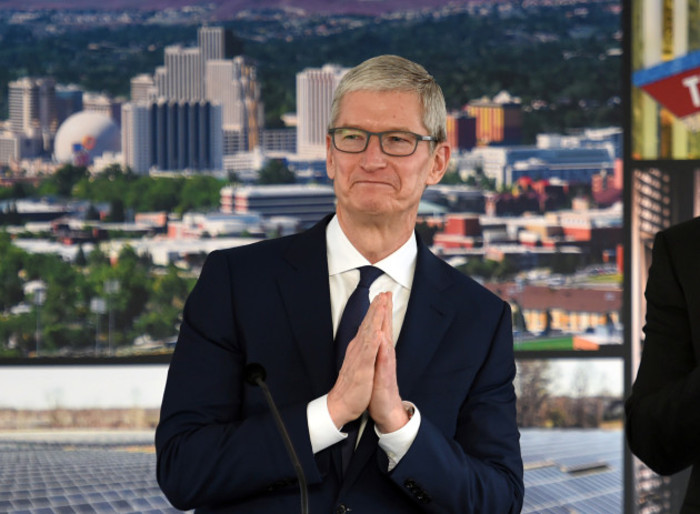 Apple plans to spend more than $10 billion on US data centres, which play an increasingly important role as the California-based iPhone maker focuses on increasing revenue from services and content based in the cloud.

The company also said it will establish a second Apple campus, at a location to be disclosed later this year, that will initially house technical support for customers.

Apple, which employs 84,000 people in the US and around 6,000 staff in Ireland, has already spent billions of dollars on a new headquarters in its home city of Cupertino in Silicon Valley.

“I do not believe that our tax receipts are going to go down. My expectation is that our corporation tax would grow at the same rate that our economy would grow,” he said.

But he added that he didn’t believe moves like the Trump-led US tax cuts would affect “all Ireland has to offer”.

“The level of the rate, which is still below what America can offer, combined with everything else our economy and country offers will ensure I believe our competitiveness vis-a-vis that change.” 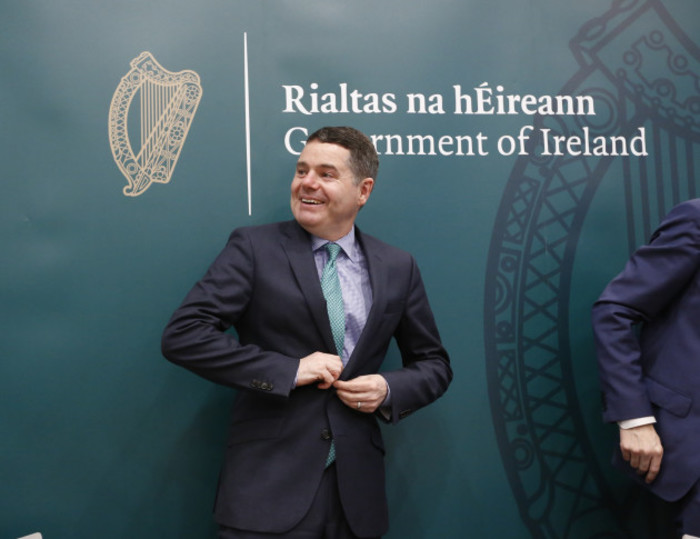 Late last year, leaked financial documents known as the Paradise Papers revealed that Apple shifted much of its offshore wealth from Ireland to a renowned tax haven.

After the US technology colossus stated publicly in 2013 that it was paying its proper share of taxes, it moved the bulk of its untaxed overseas cash to Jersey, a British dependency in the Channel Islands, various media organizations reported, based on the once-secret cache of documents.

Late last year, the Irish government reached an agreement for the US tech giant to start handing over €13 billion in unpaid taxes that the EU ordered the State to collect from the firm.

It followed a determination that Ireland had provided Apple with illegal state aid over a period of more than a decade, effectively allowing the company to slice its tax rate on international earnings to a fraction of one percent.

Both Apple and Ireland deny any wrongdoing and are fighting the decision. The funds are to be held in an escrow account pending a legal appeal.