APPLE BOSS TIM Cook says his company is already Ireland’s largest taxpayer after the company was ordered to hand over up to €13 billion in unpaid taxes – plus interest – for its decade-long dealings in the Republic.

The comments came after the European Commission ruled the Californian tech titan received illegal state aid from the Irish government, which allowed the firm to whittle its taxes on European profits down to nearly nothing before a restructure last year.

In a long response to the decision, Apple CEO Tim Cook defended the company’s record over the more than three decades since it first set up a factory in Cork.

“As responsible corporate citizens, we are also proud of our contributions to local economies across Europe, and to communities everywhere,” he said. 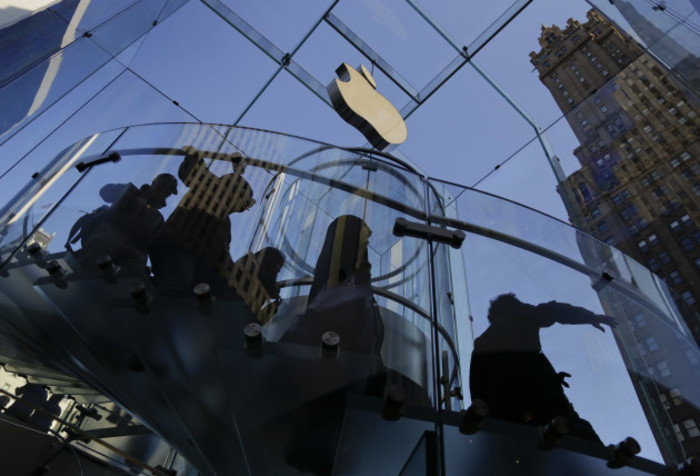 Fora has asked for clarification from Apple about whether Cook’s statement on the company’s Irish tax refers only to corporate taxes, and to which period he is referring.

A Revenue analysis of last year’s windfall corporate tax take for Ireland showed the 10 largest taxpayers accounted for nearly 41% of gross receipts for 2015, although the identity of those firms has not been revealed.

Around four-fifths of all corporate taxes for the same year were paid by non-Irish businesses.

Cook said that “over the years” Apple had “received guidance from Irish tax authorities on how to comply correctly with Irish tax law” and it always followed the relevant regulations wherever it operated, paying “all the taxes we owe”.

“The European Commission has launched an effort to rewrite Apple’s history in Europe, ignore Ireland’s tax laws and upend the international tax system in the process,” he said.

Apple has said it will continue to invest in Ireland, where it employs close to 6,000 people, regardless of the ruling, which both it and the Irish government plan to appeal. 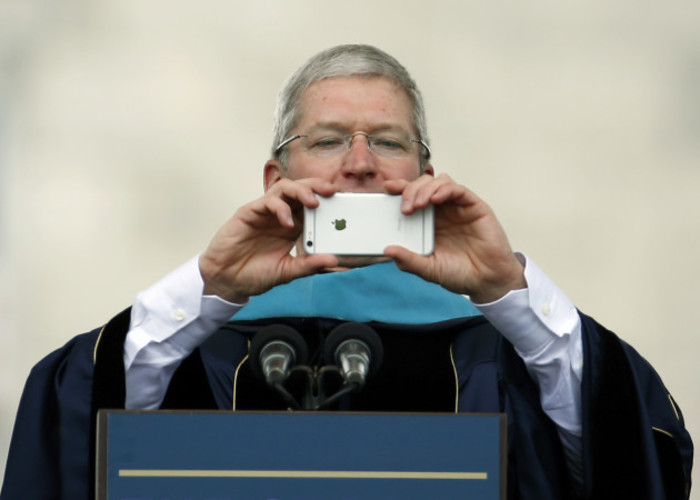 Earlier today, the European Commission found Apple had participated in tax avoidance on a massive scale between 2003 and 2014 using two Irish-incorporated subsidiaries.

The company was booking the profits on its European, Middle Eastern, African and Indian sales through one local subsidiary, meaning all its sales across those territories were effectively being routed to Cork.

The European Commission said that arrangement wasn’t the subject of the investigation, rather it was how the profits were siphoned to the “so-called head office” for Apple’s European operations that was under the microscope.

This head office, an Irish-incorporated firm called Apple Operations Europe, “only existed on paper” – with no employees, no premises and no real activities. The Apple offshoot was effectively stateless and operated tax-free. 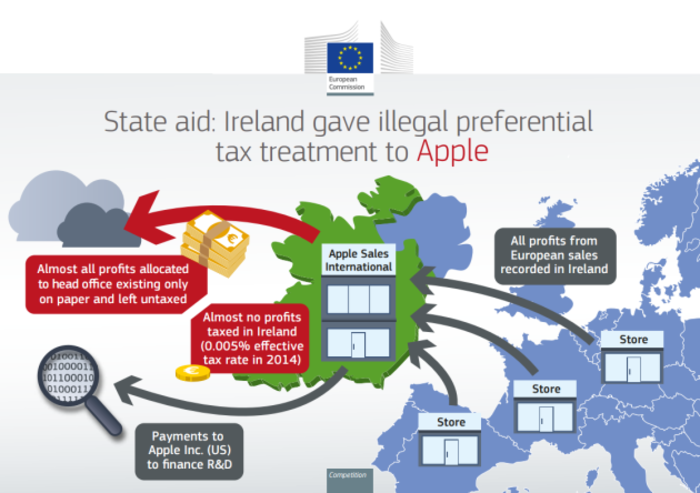 In 2011, when the company declared around €16 billion in profits for the region it paid taxes on only €50 million to the Irish exchequer – which would have netted the state around €6 million at the 12.5% corporate tax rate.

However the commission noted the arrangement ended in 2015 when Apple restructured the two firms.

The Irish government announced it was closing the controversial ‘double Irish’ loophole – which allowed companies like Apple to use Irish-incorporated shell companies that were tax resident offshore – in the 2014 Budget, however it allowed those already using the structures until 2021 to rejig their affairs.

Meanwhile, Apple currently has around $200 billion in reserves – more than 90% of its total pile of cash and other securities – stashed overseas. Under US regulations, the company isn’t required to pay taxes on the profits until they’re repatriated into the country.