A SPANISH GROUP has acquired a majority stake in the Irish-based takeaway chain Apache Pizza in a deal worth up to €10.7 million.

The deal is a joint venture between Telepizza and OKR, the operator of Burger King franchises in Ireland.

Telepizza announced the deal as part of its annual financial results for 2017. According to the Spanish-listed firm’s annual report, it will pay up to €10.7 million for the brand.

Some €6.7 million of that acquisition investment was paid in 2017 with potential additional investment to be paid through €4 million in earnouts this year.

The report added that Apache Pizza made earnings before tax of €1.4 million during the financial year that ended 30 June 2017.

Apache Pizza was founded by Robert Pendleton and his wife Emily Gore Grimes in 1996.

Since it was set up over two decades ago, it has grown to become the largest takeaway pizza chain in the Irish market, with over 150 outlets in the country.

Compared to its rivals in the market, Dominos and Papa Johns, Apache has more than double the number of outlets.

Up until the sale last year, Pendleton and his wife controlled roughly 70% of the company. The rest of the firm was owned by Niall Doonan and Paul Doonan. 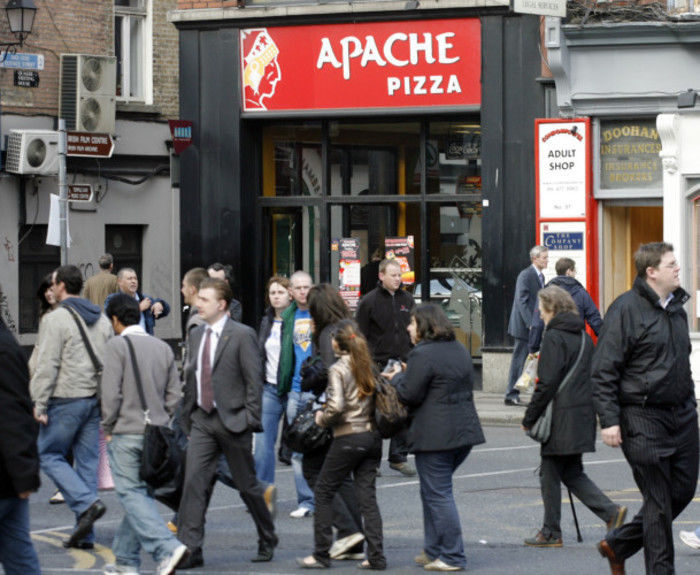 The Irish Times has reported that Pendleton will remain at the firm as managing director and that there are plans to open up to 50 more outlets in Ireland.

Pendleton added that the company, which will keep the Apache brand, is also interested in expanding the franchise to Scotland and Wales within the next 12 months.

Founded in 1987, Telepizza is a major international player in the takeaway business, operating across 20 countries.