ANOTHER BLOCKCHAIN PLAYER has planted its flag in Dublin with non-profit AKASHA planning a new startup hub in the capital to help startups working with the technology.

The AKASHA Foundation was founded by Mihai Alisie, one of the co-founders of Ethereum, the second largest blockchain and cryptocurrency.

The foundation is headquartered in Switzerland, which is regularly dubbed the Crypto Valley for its number of blockchain startups and regulatory framework, and has another location in Barcelona.

The Dublin location expands the foundation’s network of physical hubs that provide centres for startups to develop their blockchain projects.

Andrew Tzialli, a partner at Philip Lee Solicitors that specialises in blockchain matters, is advising the group on its Irish operations and the companies that will be taking part.

“They wanted to spread west. They wanted to still have a European presence, which is why, given (the) impending Brexit, maybe London wasn’t at the top of the list,” he said.

AKASHA provides on-the-ground incubation and acceleration for companies at various stages, whether it’s early startups still working on an idea or companies plotting their investor pitches or go-to-market strategies.

The Dublin base will be headed up by AKASHA advisor David Gilmore who is assembling a team of staff for the launch and securing a permanent location for the hub – it’s currently based in a WeWork.

It doesn’t charge fees for membership but takes a small percentage stake in participating startups. Two startups have signed up so far.

“I don’t think there is any other company in Ireland that is doing pure blockchain incubation and acceleration,” Tzialli added.

“We would hope that in the next 12 months, we have at least six to eight (startups) as a minimum.”

AKASHA’s Alisie was involved in the early development and launch of the Ethereum blockchain network. 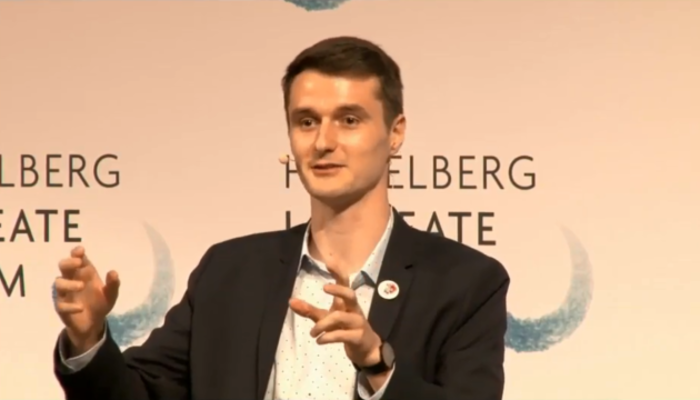 Another of Ethereum’s co-founders Joe Lubin set up the development studio ConsenSys, which established an Irish base last year.

Compared to Lubin and other co-founder Vitalik Buterin – the latter being the de facto public face and figurehead of the Ethereum blockchain – Alisie has kept a relatively lower profile.

He founded the AKASHA Foundation in 2015 to nurture blockchain companies’ development and growth.

The launch of AKASHA in Dublin marks the latest blockchain and cryptocurrency outfit to set up in Ireland.

Along with ConsenSys, crypto exchange Coinbase opened a Dublin office last year to hedge its bets against Brexit while a coalition of major European banks have set up their base in the Irish capital.