AER LINGUS WILL roll out a premium service on 27 short-haul routes from 1 September, a move pundits say will give the carrier a sales boost in one of world’s most cut-throat aviation markets: Europe.

One of the main features of AerSpace is a guaranteed aisle or window seat on the first row of the aircraft with the middle seat left unoccupied.

Aer Lingus has marketed the service as a “travel experience” that gives passengers “more space to work and relax because the middle seat is always free”.

It has avoided calling AerSpace a business-class service, which the airline axed on short-haul flights in 2002.

It will be available on busy UK services from Dublin, Cork, Shannon, Belfast and Knock airports, as well as on a number of European routes from Dublin and Cork, including services to Amsterdam, Lisbon and Barcelona. Fares start at €129 each way.

The product is similar to Club Europe seats sold by British Airways, which is also part of the IAG group. 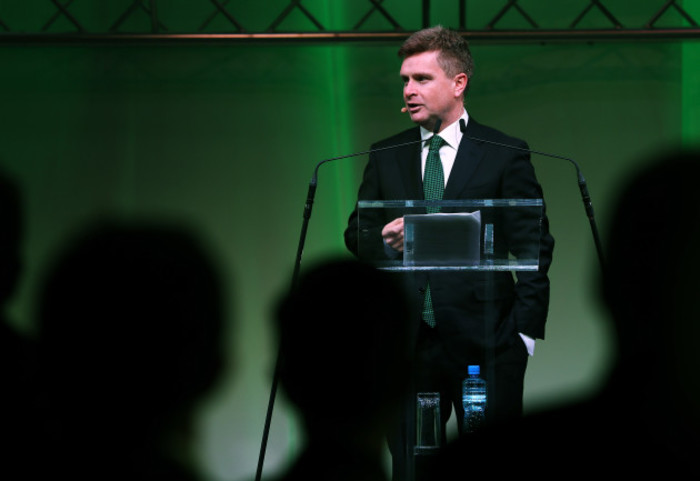 Aviation expert Kevin Byrne, who lectures at DCU, said he believes the move will give Aer Lingus greater returns on its European routes, on which it competes with often aggressive low-cost carriers.

“I think Aer Lingus has discovered that going head to head with the low-cost carriers (in Europe) isn’t giving them the yield they want. The cost of running the airline is much higher than the likes of Ryanair and EasyJet, whose running costs are quite low,” he told Fora.

By pitching the product as “premium economy” rather than business class, Byrne said Aer Lingus will capture a cohort of travellers willing to pay extra to avoid the bus-in-the-sky model popularised by budget airlines but who don’t want to fork out for often hefty business-class fares.

Globally, premium fares typically cost twice or three times as much as economy class but are half the price of business-class tickets.

“They’re targeting people who have the money and who want the comfort,” Byrne said. “There’s a market for it.”

Eoghan Corry, editor of travel trade magazine Travel Extra, agreed the service will allow Aer Lingus to generate extra revenue on busy routes – although he’s not a fan of premium economy in general.

“It’s not worth the extra money (as a passenger) because you get so little from it,” he said.

The rollout of AerSpace comes several months after Aer Lingus announced a major rebranding exercise as part of a pitch to become a “value carrier” focused on connecting North America with Europe via Dublin.

The airline’s director of network revenue and loyalty, Susanne Carberry, said AerSpace was launched “in response to feedback from our guests seeking a more premium and spacious travel experience when flying short-haul with Aer Lingus”.