A MAJOR UK student-accommodation company that plans to spend hundreds of millions of euro developing new facilities in Ireland will also sign up to operate thousands more beds.

Ziggurat announced last month that it plans to to build up to 4,000 new student units in Dublin, Cork and Galway as part of a €400 million investment plan. The company is the student-facing brand of Atelier Property Asset Management.

Matthew McAdden, who heads up Atelier, told Fora that Ziggurat is also looking to operate and manage an additional 4,000 student accommodation units in Ireland that would be built by other firms.

The company recently lent its support to a developer applying for a 308-bed facility in south inner-city Dublin. Ziggurat already operates two properties in Ireland, Copley Court and Leeside in Cork, which have a combined capacity of about 300 beds.

“At the moment we are keen to expand in Ireland and as well as the 4,000 units (we are developing), we would also like another 4,000 beds that we would be managing for other people,” McAdden said.

The company has already announced plans to build several of its own developments, including a 380-bed facility in Dublin’s north inner city, a 420-bed centre adjacent to the DIT Grangegorman campus and a 200-bed facility on Cork’s Western Road near UCC.

The company was set up in Edinburgh in 2009 and opened up an Irish arm in 2013. It turned the former Montrose Hotel opposite University College Dublin into a 192-bed facility at a cost of about €22.5 million and is now looking to sell the complex.

The company charges students using its Montrose facility between €220 and €250 per week.

McAdden said that the company would like to secure more managing contracts in tandem with its development strategy.

One of these is likely to be the proposed facility in Dublin 8, which development firm Greenharts Properties has applied to build at Brickfield Lane and Brown Street South.

Under the plans submitted by Greenharts, former industrial buildings located at the site will be demolished and a mixed-use development including accommodation, a café and “science and technology incubators” will replace them.

If built, the complex will include 308 beds within 41 house units as well as extra student accommodation facilities such as a gym, communal areas and a laundry room spread over five and six storeys. The proposed science-and-technology hub would include 26 units. 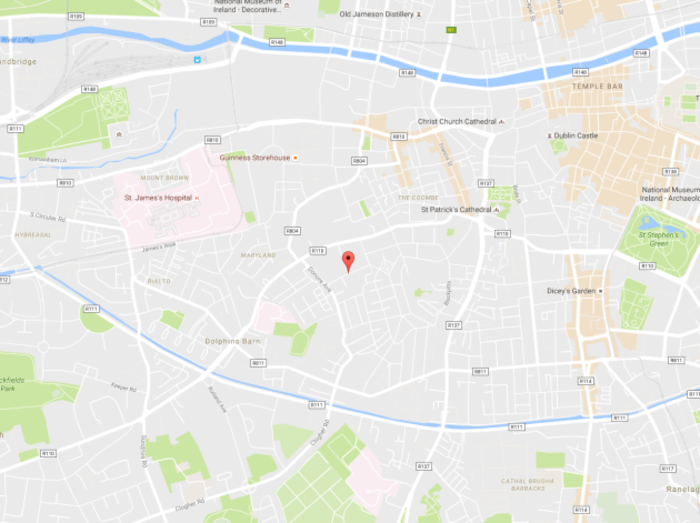 In a letter sent to Dublin City Council, Atelier Property said that Ziggurat has “reviewed the proposed mix and layout of the student accommodation and science units development and are working with Greenhart Properties to develop, operate and manage this development based on a long-term lease”.

“There is a likelihood that we could manage the building and operate it,” McAdden said, adding that the firm is also likely to manage properties in Galway and Cork.

“We see as much opportunity in Galway or Cork as we do in Dublin,” he said.

Ziggurat previously said that it expects to bring about 800 student rooms on stream in Dublin during 2019.

Students who are starting their studies in September are expected to find it very difficult to find accommodation as demand outstrips supply.

A report commissioned by the Higher Education Authority found there were 31,296 available student bed spaces in 2014, while the demand was put at 57,000 spots.

Several other developers have looked to capitalise on the supply shortage such as UK developer Threesixty, which is behind a €40 million student accommodation project underway in Dublin’s Liberties.