FAST-GROWING IRISH TECH company Xocean is plotting an international expansion into North America and eventually Asia as it builds out its marine robotics centre in Louth.

“It’s a global market that we’re operating in, predominantly our focus has been in northern Europe but we absolutely have plans to start our first projects in North America in the next six months,” James Ives, its chief executive, told Fora.

Xocean works with government agencies such as coastguards, oil and gas firms and offshore wind operators. Its current client list include the UK’s Maritime and Coastguard Agency and oil and gas giant BP.

“We’re actually in discussions with a number of clients about delivering our first projects in both Canada and the US. That’s something that we’re gearing up towards,” Ives said.

Further down the track, the company is looking at projects in Asia, he added.

“We would see ourselves getting busier on the international business stage over the next six to 18 months.”

Xocean’s operations are based out of its centre in Carlingford, Co Louth. It announced plans for expansion earlier this year with the addition of 60 jobs. It currently has three vessels on the seas with seven in construction.

“We have roles known as USV (unmanned surface vessel) pilots,” Ives said of the ongoing recruitment. 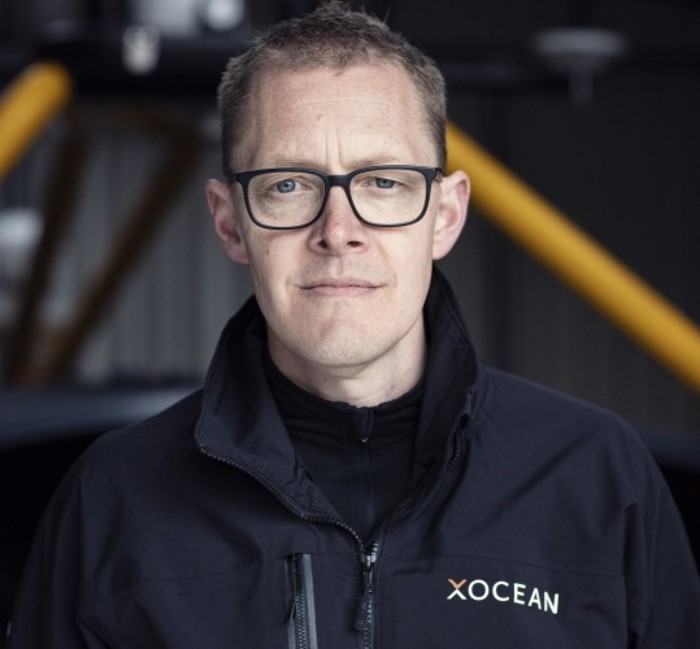 “These are the guys that are actually in the control room here in Carlingford and they’re actually monitoring and controlling the vessels that could be out in the middle of the North Sea or they could be operating on the other side of the Atlantic.”

For the coastguard, Xocean carries out hydrographic mapping, which is the measurement of seas and their features.

“It’s using a very high accuracy sonar system to map the seabed to a very high degree of precision. That data is then used to update nautical charts and navigational information,” Ives said.

The work with BP involves using sensors to inspect assets like pipelines. Xocean wants to replace the existing methods of sending manned crews out to collect this information.

Ives points to safety, costs and that robotic systems can operate 24/7 as the main drivers for transitioning to unmanned vessels to collect more data.

“The market is seeing tremendous growth. Every indicator is pointing to a massive growth in the ocean sector. Really we believe that’s all founded on data.”