NORAH CASEY IS not a fan of the term “work-life balance”.

“For most people, if you feel your life is always about trying to get that perfect balance between your working life and your home life, it actually puts stress on both sides,” she told Fora.

The former Dragons’ Den panellist and Harmonia founder said she is a person who “seamlessly” melds work and life together. “It works out for me,” she said.

“I am not saying it works for everyone but you will find me at six in the morning doing something that relates to work and equally in the middle of the day I might be doing a long walk or climbing a mountain.”

Casey said she finds it “an anomaly” that “your life ends at nine o’clock when you walk into a workplace”.

With most people spending eight hours of the day at work, Casey said it should be something that you feel passionate about.

“The phrase itself imagines work and life are two different things,” she explained. “For most of us that spend a lot of our life working, our lives should be fulfilling. That’s whether you are working, going for a walk or with your family.” On a personal level, Casey said she is at a point in her career where she could be broadcasting, writing her book or in the office with the rest of her Harmonia team.

“I have the most wonderful job… I feel fairly upbeat all the time,” she explained.

It took her a bit of time to find the career she enjoyed though. Casey started as a nurse and said she would leave her shift feeling stressed.

“I went home feeling always beaten down by the system because there were not enough resources and not enough staff. I used to not make eye contact with the patients because I didn’t have time to sit and talk to them,” she said.

“I felt absolutely terrible mentally, spiritually… the stress of that, it completely infiltrated my ability to switch off.”

Casey said the focus shouldn’t be on hours spent in work and at home but rather pursuing a job you like.

“It’s about having a job you feel passionate about, that you are empowered in and (where) you feel you can achieve everything you want to achieve. There’s nothing worse than being in a job where you are doing 10% of your ability.”

But does everyone need to flick the off button sometimes? Different things will work for different people.

Casey outlined when she goes on holidays she has to check her emails daily but it doesn’t cause her stress. “I don’t feel a huge level of stress about that but I would feel stressed if I was returning to a full inbox,” she said.

That being said, Casey doesn’t think employees should be on call around the clock. “I have friends whose bosses tend to send emails late at night, which I think is completely uncalled for. That feels to me almost like an intrusion in somebody’s personal life,” she said.

Casey also said she’s not a big fan of flexible working hours, especially when the policy isn’t implemented correctly. “Everyone I know, especially women, say that the idea that you can flexibly work isn’t realistic unless there are some ground rules,” she said.

She voiced her concern that flexible working could turn into people working seven days a week.

The businesswoman said flexible working is “always mistaken for something family-friendly”.

“Family-friendly is something like what Anne O’Leary did at Vodafone. She revolutionised the working life of a woman by saying no meetings before nine and no meetings after 5.30 pm.

“It gave men and women a license to say, ‘I don’t have to come in at 7.30 on Monday morning’ – which extraordinarily has become a bit of a trend in Ireland,” she said. 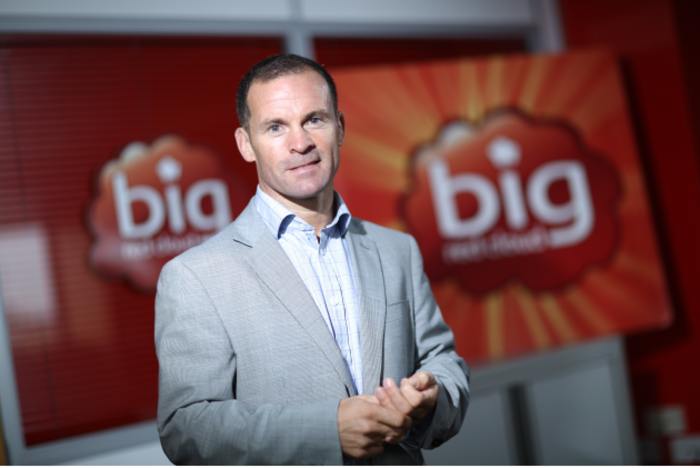 For Marc O’ Dwyer, the chief executive of accounting software firm Big Red Cloud, there is an “idealisation” that work-life balance is a great thing to achieve. When asked if it puts pressure on people, he said that “it’s not always possible”.

“Life is busier nowadays, commutes are difficult. As a chief executive I could be travelling a lot with business,” he said.

Nevertheless, O’Dwyer said it is important to aim for it. On a personal level, having a work-life balance is important for him and conducive to his family life.

“I have got home for dinner with my family at 20 minutes past six since the children were young. They are now adults, so I have been lucky from that point of view,” he said.

O’Dwyer said achieving that balance also allows him to train for and compete in triathlons.

In today’s tight labour market, O’Dwyer said it if an employer doesn’t provide flexible working “there’s a chance they may lose employees”.

His company employs 25 people, some of whom work remotely in order to avoid a long commute to the south Dublin office.

O’Dwyer said others will not feel as committed if they are giving their all to a company that isn’t giving much back.

When asked if it’s something that candidates actively raise at interview stage, O’Dwyer said “they neglect to ask it. I don’t know if that’s because they’re nervous or they think it would jeopardise them getting the job”.