RAY COLE HAS worked for his family’s logistics outfit Virginia International for 30 years and spent the last 18 as the company’s transport director.

Headquartered in County Cavan with locations across Ireland and the UK, Virginia International is managed by Cole and his brothers Sean, James and Eamon.

The firm, which transports goods across Ireland, Britain and continental Europe, directly employs 150 people and has a fleet of over 120 trucks and 350 trailers.

According to its most recent accounts, Virginia International Logistics delivered an operating profit of €1.4 million and sales of €25 million in 2017.

As part of our weekly question-and-answer series, we spoke to Ray Cole – who has been shortlisted for the EY Entrepreneur of the Year award – about juggling round-the-clock deadlines and the tough decision of having to let people go during the downturn. 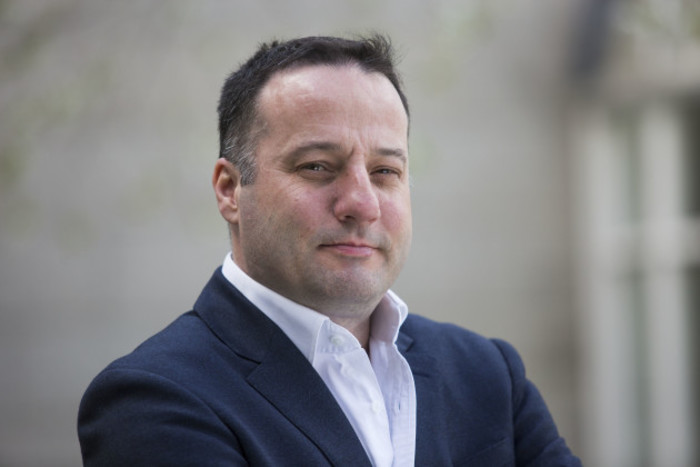 Being a pilot. I always had plans to do something with airplanes and helicopters.

My father had trucks before I was born. I’m in business now with my three brothers. I’m the youngest and I came into logistics at the end of school. So moving vehicles was always an ambition, but being a pilot was the earliest.

Our business runs 24/7 – there are staff on call and the office is manned round the clock. I’d probably start at seven in the morning and check emails straight away from home and check if there were any problems during the night.

I go into the office around eight and that starts the day off. I’d probably get home at half six or seven in the evening. But you’re always checking emails and keeping an eye on stuff – the trucks don’t stop moving and there’s always something going on.

We do a lot of just-in-time food so that never stops moving – that’s part of the reason why it’s a round-the-clock business.

I’d be firm but fair. It’s a very pressurised business. You have a lot of moving components. You have customers looking for their loads, you have to make sure trucks aren’t breaking down, you have ferries for drivers to catch.

You have a lot of deadlines to make with just-in-time goods like foods and pharmaceuticals.

When I left school at 18 I got my driving licence and would have driven for about three or four years around Ireland, England and Europe. It was brilliant for me to learn the business that way.

So I’d be very firm but very fair with people and acknowledge the extra work they do.

Recently, all the office and garage staff went off for a day of go-karting and clay pigeon shooting and stayed the night away – we do things like that a couple of times a year to pay them back for the hard work.

Back during the bust when things took a downward spiral we had to cut back and lay off a few workers, a few long-time people who were there. That’s probably the toughest time we had in business.

We had to cut our costs because the work wasn’t there. It has to be done and at the end of the day. People understood, but it was still tough doing it.

We wouldn’t take that many big risks. We just built a 50,000 ft distribution centre in Kells, which would be a big outlay and it’s something we’ve been talking about for a long time.

We just took the gamble because with Brexit coming, we feel there’ll be a big demand for warehousing in Ireland.

But I wouldn’t call it a big risk – everything’s a risk in a way; it’s the way you do it and your timing that matters.

We’ve been very lucky that anything we did do in our business has paid off and we’ve doubled our turnover in the last five years. You have to these things if you want to survive and you have to stay ahead of the posse.

I really look forward to Saturday because I train underage GAA teams. I do that Saturday morning and it’s brilliant to get the kids out. We could have 30 or 40 kids and it’s great to see them enjoying it and playing the game.

I see it as payback – I’ve played football all my life and it’s good to come back and get kids playing the game and do what people did for me when I was their age.

One fella would be Ryanair’s Michael O’Leary. He’s in the transportation business like ourselves so he’d know the ins and outs. He’d probably come in and shake a few feathers here and there.

I wasn’t getting very much sleep. Now I try not to answer the phone I when I go to bed. I bring it to the room with me and if there’s something really urgent, I’d ring back, but I keep in on silent.

My mother always said it’s nice to be nice – never fall out with anybody because you never know where you might meet them again. She had a small shop and met people every minute of the day and she was always nice and courteous.