FINANCE MINISTER PASCHAL Donohoe has been contacted by numerous business owners and lobbyists in the aftermath of Budget 2019, who warned that the upcoming VAT hike will fuel black market dealings and cause business closures.

Donohoe announced that as part of next year’s fiscal plan, the VAT rate for hospitality and hairdressing firms will increase from the temporary rate of 9% to 13.5%.

Correspondence sent to the minister and released to Fora under freedom of information laws has shown that he was told the tax hike would cause businesses to go under and “fuel the black market and shadow economy”.

The Hairdressing Council of Ireland said there was “no doubt” the VAT hike will force hairdressers to increase their prices and that it was worried consumers would seek cheaper alternatives.

“This VAT increase will only serve to move people into a very active black economy which is already in direct competition with salons nationally,” the group noted.

A number of hair salon owners also wrote to Donohoe and said this VAT increase would “force hairdressers into doing more illegal nixers”.

“Budget 2019 gave my business a death sentence. How can you sleep at night? What happened? You got a bad haircut so you decided to take it out on all of us?” one wrote. 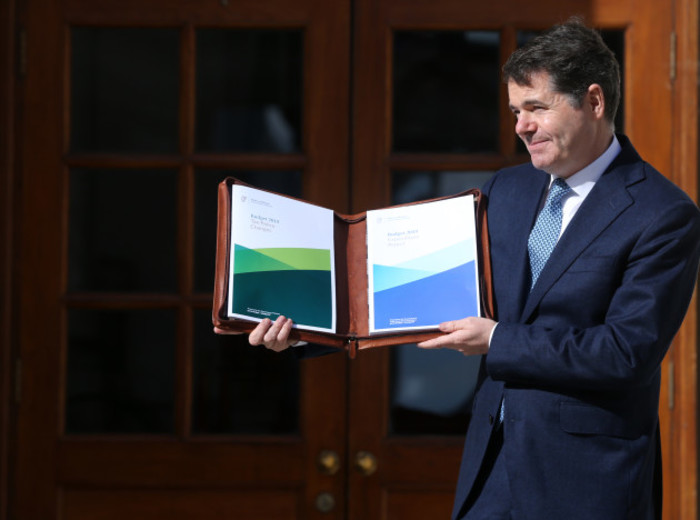 In correspondence sent to Donohoe, one barber said that black market hairdressers will have a “field day” after the VAT hike.

“Minister you must realise I compete in an industry that is riddled with the black economy. From 2008 to 2013 I had a competitor who allegedly employed his staff cash in hand,” they wrote.

“I had to compete with alleged supply of alcohol to customers in competitor salons. I have to compete with a growing number of hairdressers who work from home and calling door to door to their clients, they do not have to pay rates, insurance, probably no tax and therefore no VAT.”

A number of hairdressers also said this VAT hike would force them to close down or affect their ability to hire new staff and apprentices.

“I do understand the government needs to raise money from somewhere,” one salon owner said. “But this year I have faced (increased) stock costs, increased energy costs, increased insurance costs and my rent has been increased by €12,000 per annum.

Numerous business owners in the hospitality trade – including hotel, pub, restaurant and café operators – also wrote to Donohoe in the aftermath of the budget announcement.

One said the VAT hike was “nothing less than an assault on the tourism sector”, while several said they would have to let go staff as a result of the higher levy.

“Surely like other European cities – a city tax could have been applied to raise the increased monies?” a hospitality firm owner said.

An operator of a pub and restaurant on the “road to nowhere” in rural Ireland said their business is still struggling because there is no footfall in their town.

They added that the lower 9% VAT rate was crucial to staffing their joint and the owner also mentioned he had to take a job in Dublin part-time to earn a wage.

“I travelled from work yesterday in close to tears after listening to your thoughtless budget and raising of VAT in January. We will not be in a position to pay any more VAT than we have done over the last number of years and are now considering closing in the new year,” the businessman said.

“Why, why, why do all politicians look at the business that is being generated inside the M50 and think that the rest of the country is in the same league? Rural Ireland is struggling and is still in recession.”

A lot of complainants shared the same sentiment and said they felt the VAT rate increase showed the government’s ignorance about economic recovery in rural Ireland.

A hotel owner said it was a “nasty underhand stroke” by Donohoe and was a move to “screw small and medium business owners as much as possible”.

“(A) disgraceful decision by a Dublin-based Minister for Finance with blinkers on as to what happens beyond … the confines of the M50.”

Some business owners did concede that the previous VAT rate was too low, but contested that it should not have been increased so rapidly.

As reported earlier this week by Fora, Minister of State for Tourism Brendan Griffin also contacted Donohoe to share his concerns about how the VAT increase will affect tourism.

On behalf of the Incoming Tour Operators Association (IOTA) and the Irish Hotels Federation (IHF), he asked Donohoe to spare hospitality businesses some of the short-term hit from higher VAT charges.

He asked for the old VAT rate to apply to any pre-booked business contracted before 2019. The Department of Finance has confirmed this measure will not be put in place.

In addition to their plea through Brendan Griffin, the IOTA and IHF also contacted Donohoe to share their “deep concern” for their sector.

Both lobby groups said the change in VAT would damage Ireland’s international reputation as a tourism destination and have long-term implications on the country’s competitiveness.

policy and economy retail and services tourism and transport