BRITISH PRIME MINISTER Theresa May is fighting to shore up her election campaign after a shock projection forecast a hung parliament and left the pound wobbling.

The landslide Conservative victory May hoped to seal by calling a snap election for 8 June seemed much less likely with eight days to go, with the polls narrowing and the premier putting in a lacklustre performance in a major television interview.

The opposition Labour party, led by veteran socialist Jeremy Corbyn, has gradually nibbled away at the Conservative lead in the polls.

But May insisted she had the best plan for taking Britain into negotiations over its exit from the European Union, which start 11 days after the election.

“The only poll that matters is the one that’s going to take place on June 8,” she said.

“I have the plan for the Brexit negotiations but I’ve also got a plan to build a stronger and more prosperous Britain and I’m confident we can do that.” 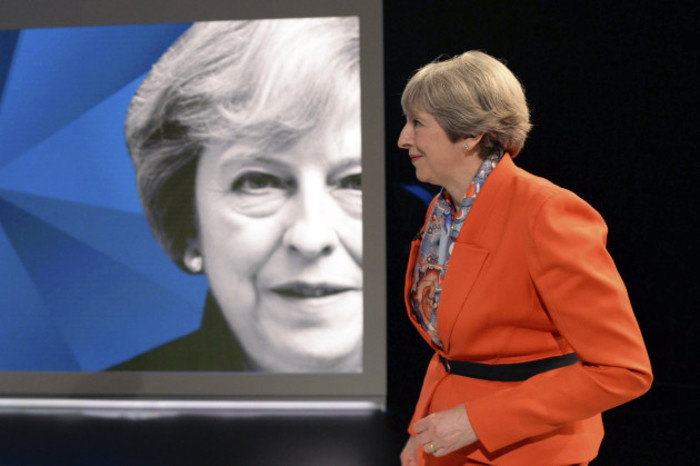 May called the election three years early in a bid to strengthen her slender majority in parliament going into the Brexit talks.

The decision was made on the back of polls that at times put the Conservatives 20 points ahead and on course for an overwhelming victory.

But opinion polls have shown the gap between the Conservatives and Labour closing.

The Daily Telegraph newspaper’s rolling average of the last eight polls now puts the Conservatives on 44%, Labour on 36%, the centrist Liberal Democrats on 8% and the anti-EU UK Independence Party on 5%.

A shock new projection on the front page of The Times newspaper forecast a hung parliament in which the Conservatives would fall short of the 326 seats needed for a majority.

Using new constituency-by-constituency modelling, the projection by pollsters YouGov said the Conservatives would lose 20 seats to 310, with Labour up 28 to 257. The model was based on 50,000 interviews over one week.

However, it has a very wide margin of error, saying the Conservatives could get anywhere between 274 and 345 seats – meaning they could also increase their majority.

The British currency was hit in overnight trading, dipping slightly. Since May called the snap election in mid-April, the pound has lost around 4% of its value against the euro. It was trading at around 87p this morning. 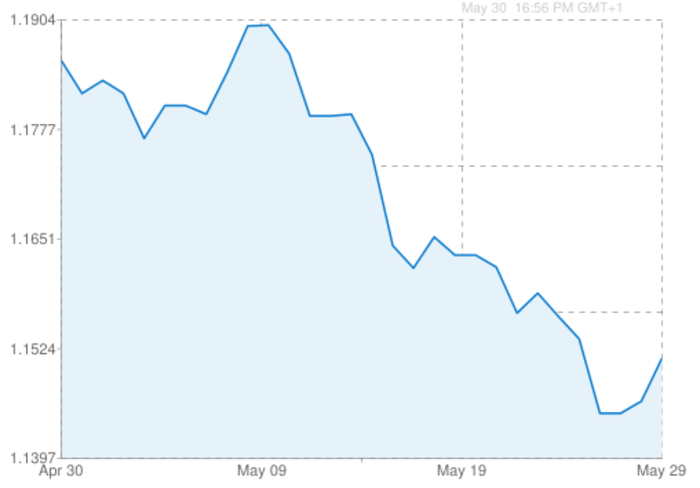 A weaker pound has been one of the chief Brexit risks for Ireland, making Irish exports relatively less competitive in the UK market.

Industries heavily reliant on British trade, like agribusiness and tourism, have already found themselves forced to deal with a major downturn in business through the key market.

Sterling had previously risen on the prospect that the Conservatives would win by a landslide, giving May a stronger hand in Brexit talks.

But the currency has fallen with the government’s poll numbers on fears Britain could end up with a bad EU exit deal.

“There is a slightly more cautious attitude as a result of those narrowing polls,” said Michael Hewson, chief market analyst at CMC Markets.