THOUGH A LANDSLIDE victory for Boris Johnson’s Conservatives in Britain’s election has been a political hot potato since the results were announced, from a business perspective it’s been more of a mixed bag.

On one level it’s disappointing as it copper-fastens Brexit, according to venture capitalist Brian Caulfield, who is also chairman of the startup lobby group Scale Ireland.

“On the other hand, one of the things from a business perspective that has been a huge concern over the last number of years is the lack of certainty. I think the clarity that has been brought to the situation by this result will actually probably be helpful,” he told Fora.

This will enable companies to start planning for an inevitable Brexit. “From a business perspective, in many cases uncertainty is almost worse than a bad certainty,” he said.

The other plus, he said, is that the scale of the Tory majority puts the UK government in a stronger negotiating position with the EU.

Another potential positive – albeit a backhanded one – of the result is that it might light a fire under Irish companies which have “largely been ignoring Brexit and have been assuming – particularly in the technology industry – that there will be no implications for them,” Caulfield said.

“Particularly businesses whose model is services based may start to think about the implications in terms of market access in a scenario where a Brexit deal may mean free access for goods but not for services.”

Broadly speaking, he added there is disappointment among some leading businesses – but there was also “a kind of a welcome for the certainty that this brings to the situation”.

But the UK’s favourable capital gains tax for entrepreneurs makes it “the most competitive environment in Europe from the perspective of startups in terms of access to capital”, which could bring trouble as well as opportunities for Irish businesses.

Liz McCarthy, the head of Scale Ireland, also believes there’s a risk as well as an opportunity for Ireland when it comes to retaining talent.

“Britain had really been signalling a lot of intention to support the startup ecosystem specifically as an area of growth… over the last 10 years or so,” she said.

“It looks as if they may really lean into that now that they’ll be out of the EU and they won’t be subject to state aid rules all those other regulations under the EU, which could, could really mean that they’ll really become much more competitive in terms of location for startups.”

The Tories will likely double down on this, she said, and the concern ultimately is that the UK will be able to target UK companies and offer supports that would previously have been illegal and impossible under EU state aid rules.

“That’s clearly a risk,” she said.

“Anecdotally – we don’t have data on this – we’ve seen startups that are moving some of their operations to the UK to take advantage of various schemes particularly around early-stage funding, which are particularly hard to access in Ireland. It’s likely that would continue and become even greater in number.”

She stressed that though it may be negative overall for startups, Scale Ireland sees it as an opportunity.

“There’s an opportunity here for Ireland to respond and to take advantage of the difference between Britain and Ireland.” 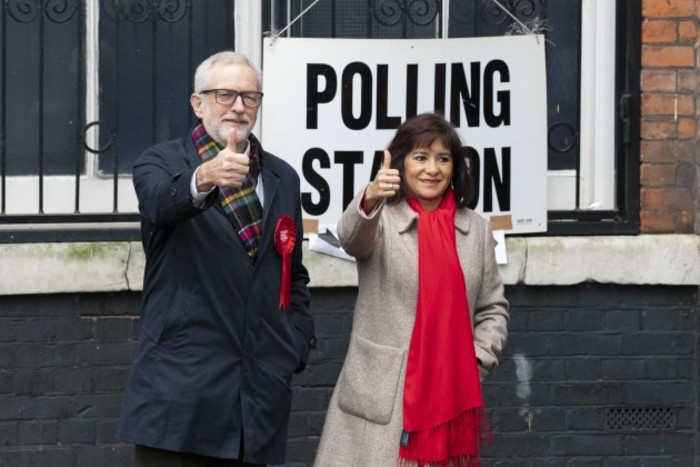 For now, that new certainty brought by the results is being reflected in a bump in the Irish markets, as overall the Iseq all-share index shot up.

Dermot O’Leary, the chief economist at Goodbody, said that the Tory landslide means Brexit will finally get done but the story is far from over.

“From a political and economic point of view, the conclusive election result should also be welcomed but Brexit issues are far from resolved. While the UK will leave the EU at the end of January, the chances of getting an agreement on the future relationship without an extension to the transition phase beyond the end of 2019 are slim to none in our view,” he wrote in a note to clients issued by the stockbroker on Friday morning.

To avoid the UK exiting the transition phase on to World Trade Organization (WTO) terms, an extension will have to be requested. “Given the size of the majority, it is now more likely that the PM will ditch his pre-election promises at some stage and ask for that extension,” he added.

“These issues are all relevant for Ireland too. Brexit uncertainty has been a dark cloud on the economy for the past year, deterring investment. While the hope that the UK may decide to rethink its decision to remain in the EU can now be forgotten, the certainty allows businesses, consumers and the government to properly plan for a future in the EU without its long-standing ally,” O’Leary said.

In a note to clients on Friday morning, Conall Mac Coille, the chief economist at Davy, said the news that Boris Johnson has won a majority close to 80 seats means that he can pass his withdrawal agreement with the EU next month. It should also give him “significantly more room for manoeuvre” in 2020, as he will no longer be reliant on the radical European Research Group (ERG) of Conservative MPs.

“This will be important as EU/UK trade talks begin and Johnson faces up to the reality that the ‘transition period’ will have to be extended out to 2022. Hopefully, an early extension will provide Irish and UK businesses with three years of certainty on EU/UK trade relations,” he said.

Ireland’s housing market is also likely to benefit from Brexit clarity, according to Mac Coille, with the uncertainty holding back pricing and transactions in 2019.

“It has been hard to discern a clear negative impact on the Irish economy from Brexit, with GDP growing by 6% and employment by 2.4% in 2019. However, Brexit uncertainty has held back the housing market, both pricing and transactions, particularly at the top-end. The Bank of Ireland Housing Pulse survey has already shown expectations for house price inflation picking up in November after the October 31 deadline. This trend should continue into 2020,” Mac Coille said

John McGrane, the director-general of the British Irish Chamber of Commerce, said  businesses can now prepare in the knowledge that Britain will leave at the end of January in an orderly way as set out in the Withdrawal Agreement.

“Last night’s result means that we can now move past the current Withdrawal phase of Brexit and look towards the future trade talks. These talks will ultimately decide how businesses across these islands interact and trade with each other over the longer term and will be far more consequential for business and trade,” he said.

“As we now look to the long-term relationship for the UK and EU, getting the best deal is going to be far more important than getting a quick deal. This will be the most important trade deal that has ever been negotiated by either party and millions of businesses will be looking on as choices are made that will directly impact their trade and the livelihoods of countless employees and communities,” he added.