RYANAIR’S CHAIRMAN DAVID Bonderman has resigned from Uber’s board of directors after making what he called an inappropriate remark about women at a company meeting.

The news comes shortly after Uber’s board voted to adopt the recommendations of a workplace review led former US attorney general Eric Holder’s law firm.

The ride-sharing company commissioned the inquiry after former engineer Susan Fowler published a blog post that described her experience of sexual harassment and gender discrimination at Uber.

A 13-page document from Holder’s firm – made public yesterday – did not outline the investigation’s findings about Uber. But its recommendations implicitly expose a startup-turned-goliath that permitted misconduct, had few policies to protect employees and ran with little board supervision.

Uber founder and chief executive Travis Kalanick announced that he was taking an indefinite leave of absence yesterday. The company declined to say if Kalanick’s decision was related to the report.

Earlier this week, it was announced that Emil Michael – vice president for business and a close Kalanick ally – was also leaving. 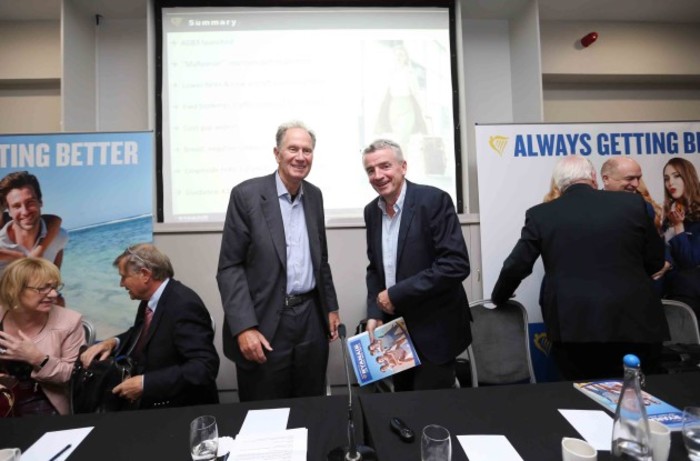 Now director David Bonderman has resigned from Uber’s board after making an offensive comment about women.

In an exchange with fellow director Arianna Huffington, Bonderman said that if a woman was added to the board there likely would be more talking.

The ill-timed remark – which can be heard in a recording obtained by Yahoo - was made at a staff meeting to discuss how Uber would reform itself after Holder’s investigation into alleged sexual harassment at the company.

In a statement announcing his resignation, Bonderman said the comment was careless and inappropriate: “I do not want my comments to create distraction as Uber works to build a culture of which we can be proud.”

Bonderman has served as a director at budget airline Ryanair for just over two decades. He is also an officer, director and shareholder of 1996 Air GP Inc, which owns shares in the low-cost carrier.

The American businessman is the co-founder of private equity investment firm TPG. He also serves on the board of directors of CoStar Group and General Motors.

With reporting by Associated Press.