VIRGIN MEDIA HAS announced plans to launch a new dedicated sports channel that will be free for all digital subscribers.

As part of the announcement, the television brand has also revealed it will launch a new channel – Virgin Media Sport – that will be available to Virgin Media customers and air its range of sports content.

In recent years, TV3 Group has undertaken a major push into the sports content sector and acquired the rights for a number of high-profile tournaments and competitions.

Three years ago, the broadcaster secured the rights to air the Six Nations from 2018 to 2021, which ended RTÉ’s long association with the rugby tournament.

Last month, it also signed a new rights deal for Uefa Champions League and Europa League matches from next season, which included 327 exclusive matches and the finals of both competitions. 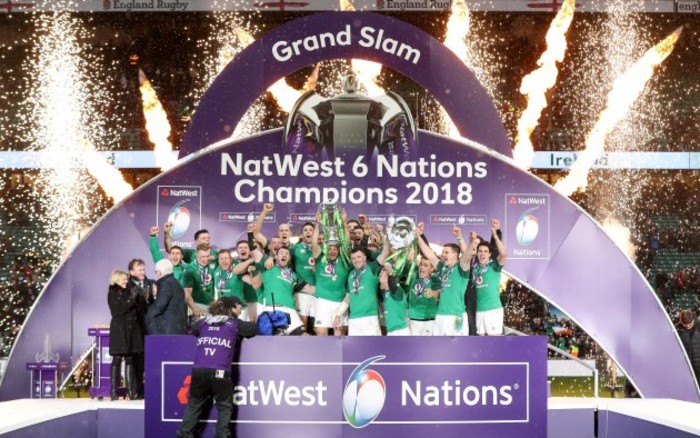 There could be further opportunity for the new Virgin Media Television group to add more sports rights to its new channel after Setanta Sports co-founder Mickey O’Rourke secured a deal to broadcast 53 live English Premier League games in Ireland from August 2019.

It is understood O’Rourke still has no platform to air the Premier League matches he acquired in the Republic, the majority of which are Saturday afternoon kick offs.

TV3 joined the Virgin Media empire in 2015 when it was acquired by UPC Ireland in a deal worth up to €87 million. UPC became part of Liberty Global’s UK subsidiary, Virgin Media, the previous year and has since rebranded to Virgin Media in Ireland.

The launch of the new dedicated sports channel has been made in tandem with the group’s planned rebrand to Virgin Media Television.

The three channels part of the TV3 brand currently will be renamed from TV3, 3e and Be3 to Virgin Media One, Two and Three.

The firm announced the rebrand at the beginning of the year. TV3 Group managing director Pat Kiely told reporters that the “very significant rebrand” would take place within the first half of the year.