WALLOWING IN FALSE modesty is quite an Irish cliché, and Brian Crowley wants to be very clear that he’s not subscribing to it.

So when he reels off some of his sporting achievements – representing his county at underage level in hurling and football, winning several national boxing titles in his youth, as well as a European bronze medal and almost qualifying for the Olympics – you have to let him explain himself.

“I really don’t think that I was good enough to be really good, and that’s not being self-deprecating,” he tells Fora.

“I was at the European championships, and I saw firsthand the level that some countries were operating at. I didn’t think that I could be the best or a world champion.”

Crowley decided to give up any ambitions of pursuing a career as an athlete, but he is glad of his sporting background. The Clare native is now the head of recruitment company TTM Healthcare Group and says that his experience in the ring helped instill him with confidence.

“While I wouldn’t have been the most talented sportsman, from a point of energy and focus I was better than most, and I’ve always had that hunger throughout my business career too.”

College was where Crowley started his transition from the boxing ring to the boardroom, with the 40-year-old admitting that it was tough to maintain his intense training regime while studying.

“It was hard to maintain the standard that would have been required to go onto bigger and better things. I think I just drifted away (from sport), but I don’t in any way regret it.” 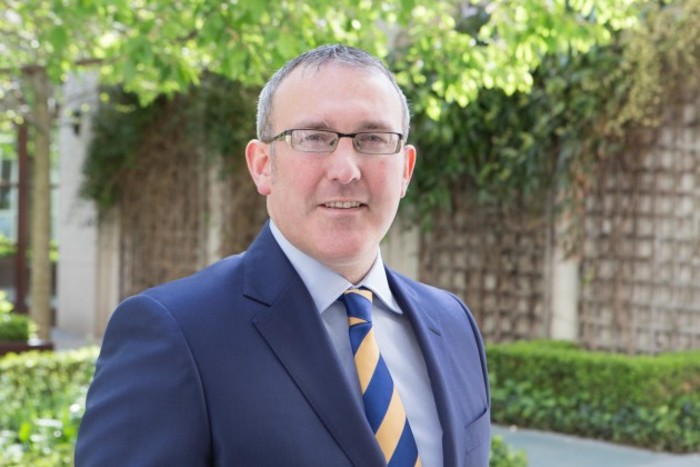 After finishing a degree in recreation management, Crowley had a brief stint working in London before returning to Ireland to take up a job with a “one-man band” recruitment company in Ennis, helping multinational businesses find staff.

“Those two years were the foundation for what I did later on, I don’t think I would have got that experience in a multinational,” he says.

“I was in IBM’s talent headquarters in Portsmouth and we were planning how to recruit hundreds of people. You wouldn’t get the opportunity to do that so soon at a multinational.”

In the early 2000s and at the age of 25, Crowley decided to strike out by himself, becoming his own ‘one-man band’ recruitment firm. “I felt at that stage that I could take over the world; I learned very quickly that I couldn’t,” he quips.

The company grew slowly until around 2007, when it began to lose money. Crowley describes the year as his ‘annus horribilis’ and says that he seriously considered shutting the whole thing down.

“My accountant said to me that it was all over. The advice was to hang my creditors and start again. I held it together in the meeting, and then I went out to the car park and had a good cry,” he says.

Crowley held himself responsible, saying that the company’s performance was more down to him than the wider market.

“As managing director, maybe I didn’t make the right decisions, maybe I didn’t drive the business as strongly as I should have,” he says. “A leader takes the plaudits when things go well, you have to take the criticism when they don’t go well too.”

Rather than pull the plug, Crowley decided to change the company’s business model, expanding its focus to include temporary recruitment as well as the hunt for permanent staff.

“Permanent recruitment can be quite profitable, but it’s not tremendously sustainable. When you place someone you get X and start again, with contract work you can almost bet 95% of the time that the income you have will be the same or better next week,” he says.

The change worked, and by 2011 the company’s revenues had soared from their 2007 levels of about €500,000 to €14 million. By then, the IMF was in town with a mission to drive down the amounts spent on agency staff in the public service.

Crowley says that while it was a smart change from taxpayers’ point of view, “we lost a significant amount of our business, about 60% in 6 months”.

He decided that the company would move abroad, first into the UK market, and start providing its own healthcare services for facilities such as care homes. Again, the move paid off, and TTM made a profit of €1.75 million in the year to the end of January 2016 while turnover rose above €43 million.

The firm now has about 120 permanent staff and hundreds more temporary workers, and has operations in several areas including the UK, the Middle East and Germany. 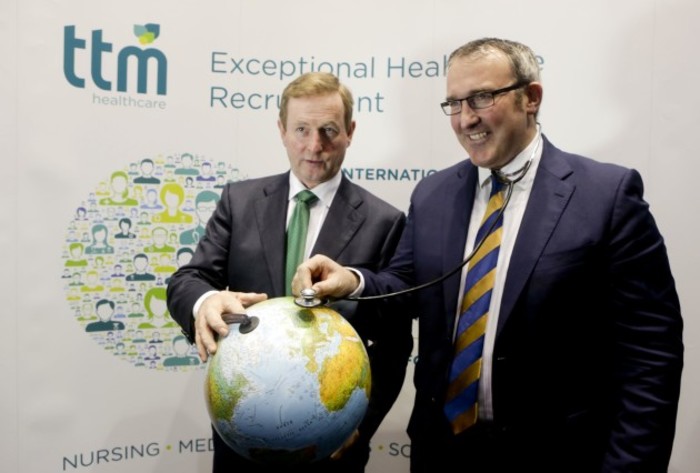 The group focuses on two areas: recruitment for health professionals like doctors and nurses, and health services like home care.

Crowley says that TTM’s revenue is about 40% from domestic recruitment, 40% from recruitment abroad and 20% from health services.

“Our health section has three divisions. We have a network of residential home care that provides services to people with behavioural issues, we have a therapies division that helps people with autism, and we have a complex home-care division.

“This is for moving people from hospital beds to the home, like children on ventilators or tracheotomies,” he says.

The company boss also said the majority of the company’s revenue comes from placing temporary staff, rather than permanent workers, something he says he is “keen to continue”.

Most recruiters generally charge around 15% of the first year’s salary for permanent staff, while the cost of temporary staff varies depending on how many there are and how long a company needs them for.

Crowley doesn’t reveal how much TTM charges, adding that it “depends on supply and demand” for specific positions like doctors.

About two-thirds of the recruitment business comes from the public service, with Crowley saying that the firm is particularly active in the UK.

“We are the market leader in the UK for recruiting international nurses into the NHS,” he says. “In the UK, we would also do a lot of work with non-profits and non-government organisations.

“For example, an organisation called Sanctuary Healthcare employs about 13,000 people. That’s more than 10% the size of the HSE.”

He adds that a big part of the company’s UK business model is so-called “international recruitment management”.

“We would recruit up to 200 or 300 people in one go, we would go to the Philippines or India and we would find nurses and doctors and we would put them through language courses, training, whatever, and route them into the UK.”

Crowley says that this is an area that helps the company to hold its own with its rivals.

“We compete with larger multinationals for larger contracts and in many markets we are also up against smaller providers who are nimble and hungry,” he says.

“We’re fighting a war on two fronts. Our compliance sets us apart. Making sure that people are who they say they are is very important in healthcare.

“Ensuring that the people who work on our behalf are thoroughly checked is something we have a very good reputation for.”

Irish private equity firm Broadlake recently took a 30% stake in TTM to help it expand at home and abroad, and Crowley says that the firm is now aiming to crack €100 million turnover by the end of next year.

“The next milestones will be through acquisitions and organic growth, and they will probably take four to five years to get to,” he says.

Looking a bit further down the track, Crowley says that he has always wanted to build a business to a stock-market listing, although he says it may be a bit of “a pipe dream”.

While having a big backer in the picture gives TTM some financial muscle, he also acknowledges that it means they will expect a pay-off at some point.

“I would be naive to think that Broadlake isn’t looking to get a return on its investment, and one of my key goals is to make sure that happens.

“I would like to continue growing and scaling businesses, and I can continue to expand under this group umbrella then I will do that.

“I was unlucky not to qualify for the Atlanta Olympics when I was boxing and in a strange way I want to achieve something like that in business. I missed out on the Olympics in sport, I don’t want to miss out on anything in business.”