DARREN MURRAY IS embracing the startup lifestyle, setbacks and all.

“We thought we’d be launched by now,” the first-time founder tells Fora. ”As you can imagine, things get delayed, things take longer than you’d like them to take.”

The early stage company is gearing up to roll out its payments app by mid-August after securing a major launch customer.

Murray isn’t naming names just yet, but promises TravTab has signed up “one of Ireland’s largest portfolio, independently-owned travel agencies” to offer the option of paying off bookings in installments using the app.

The startup has also caught the eye of one of Ireland’s most successful travel-technology entrepreneurs – who put his own money into the company as an angel investor.

The light-bulb moment for TravTab happened about two years ago when Murray and Masterson both booked holidays to New York through a travel agency.

Neither could afford to pay for their trips up front, so once they’d handed over their deposits, they opted to pay off the balance in installments – but the process wasn’t as seamless as it should have been.

“At the moment when you purchase a holiday off a travel agent or a tour operator, there’s massive inconvenience around paying that holiday off,” Murray says.

“We were getting up from our desks and spending 20 minutes on the phone. We were finding ourselves on weekends travelling into the travel agent in town and wasting our time.” 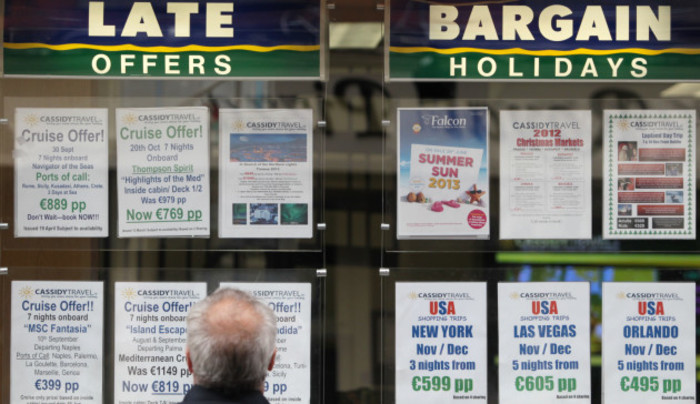 The two discovered that there wasn’t a service available to make holiday payments by mobile, so they decided to create one themselves and offer it as a service to traditional travel companies.

Murray describes the TravTab app as ‘white label’, meaning it can be fully branded with a travel agency’s logos.

“They’re essentially getting a mobile presence,” he says, which is a major appeal for bricks and mortar companies that are looking to take on online travel agents. TravTab plans to make its money by taking a commission off each booking.

Since it was founded over a year ago, TravTab has been bootstrapped by Murray and Matheson.

However, in recent months they’ve received funding from some well-known angel investors, with company filings showing that Hostelworld and Homestay founder Tom Kennedy recently put €15,000 into the firm.

For its next phase, TravTab is looking to raise €500,000 in a seed funding round - money that will be used to secure office space and recruit its first employees so the company can grow in both Ireland and the UK.

“We’re kind of based out of coffee shops at the moment,” Murray says. “We’re working on the go, but it hasn’t prevented us from making any progress along the way.”

The funds will also go towards improving TravTab’s product, which Murray anticipates will still require some work.

“You can’t have a fully fleshed out product for launching,” he says. “In an ideal world, we’d have a perfect product from the get-go. But unfortunately, that’s just not how it works.”

When asked whether there is any resistance from traditional travel agents who are already bombarded with multiple sales tools, Murray says there is some reluctance in the industry.

“The small- to medium-sized agencies are making sales and are happy with what they have,” he says. “It’s down to us to show them the benefits and educate them on how much the times are going mobile.” 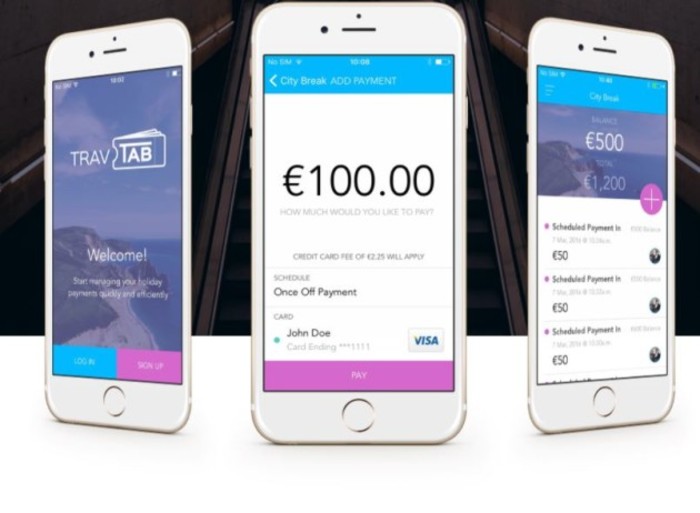 He believes TravTab’s service can be used as a marketing tool by travel firms to offer customers an easier way to pay off holiday bookings on their smartphones.

Although some agencies already offer an installment payments option, none have a mobile-friendly platform.

“I think if you don’t have a mobile presence in the travel industry, you’re going to fall behind,” Murray says. “We can offer them the technology.”

Murray says agencies that have expressed an interest in TravTab are keen on the fact that the company doesn’t hold any of the funds.

“When a customer makes a payment via the app, that goes from their debit or credit card and directly into the travel agency’s merchant account,” he says. “We don’t actually hold any of the funds and everything is PCI compliant so all safety measures are in place.”

When asked how he has found the first months as a full-time entrepreneur, Murray says it’s stressful but rewarding.

“When you wake up every day and you’re working towards something you’re passionate about, you have a greater spring in your step.”