AIB HAS BEEN doling out apologies today after it was discovered that the bank failed to ensure its tracker mortgage customers were paying interest at the low rates to which they were entitled.

The discovery came about following a call from the Central Bank last December on all lenders to carry out a review of tracker mortgage-related issues.

The aim of the examination was to uncover any situations in which customers’ contractual rights hadn’t been honoured, as well as examples of where banks had breached the required standards of disclosure and transparency.

Essentially, the regulator wanted to know if any banks had been ripping off their own mortgage customers.

So for the day that’s in it, this is what you need to know about what AIB was up to – and how other banks have similarly got themselves into hot water for mishandling clients on trackers.

‘I don’t know what a tracker mortgage is’

For the uninitiated, a tracker mortgage is a home loan with an interest rate set at a percentage above the fluctuating European Central Bank (ECB) rate. This type of mortgage has its pro and cons.

Let’s say your rate is set at one percentage point above the ECB rate. If the official rate drops by a percentage point, your mortgage interest bill also drops and you pay less to the bank.

However, if the ECB rate increases by a few percentage points, your rate will ‘track’ along with it and your payments will also go up to match the change.

Basically, AIB acknowledged it has been charging some customers the more expensive variable rates on their mortgages when they were entitled to be on cheaper tracker rates.

In the past, some customers who had been originally given tracker rates by AIB were offered alternative products, like fixed-rate mortgages. After a certain amount of time, these customers were meant to be offered the chance to switch back over to tracker rates, but no such deal was given.

Instead, customers were switched onto a less favourable variable rate and some ended up paying over the odds for their mortgages. The result of this was some mortgagors were put at risk of losing their properties because they can’t afford the repayments.

Well, it’s very simple. Banks in Ireland can make more money – a lot more actually – from variable loan rates. In fact, Irish variable rates are among the most expensive in the Eurozone.

In Ireland, around half of mortgage holders are on tracker rates of about 1% interest, while rates for a variable mortgage lie around 4%.

Most tracker mortgages were given out during the height of the boom when ECB borrowing rates were high, so it made sense for banks to offer them to customers and reap the benefits.

However, as European rates dipped following the financial crisis, banks stopped handing out now loss-making tracker mortgages to new customers. That still left them with the large quantities of unprofitable loans they already had on the books.

At the moment, ECB rates are at record lows after the main interest rate was cut to zero earlier this year, which means trackers continue to be a drag on banks’ loan books. 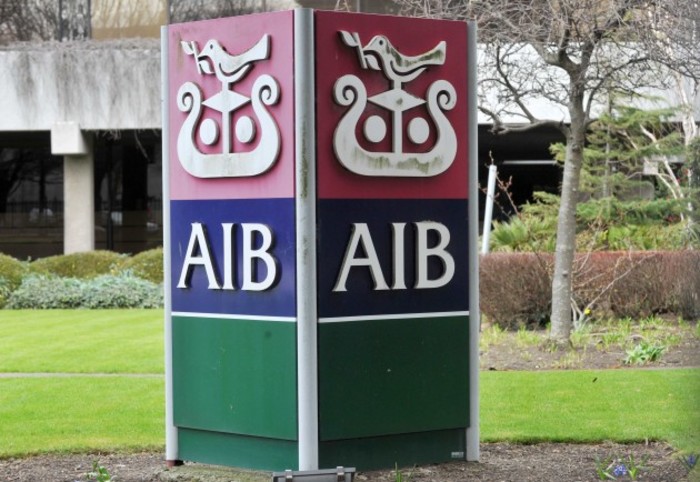 Has AIB actually admitted it is at fault?

After initially denying that it was at fault, today AIB revealed it will be writing to the customers affected and will move to restore them to lower interest rate products, which means taking them off variable rates.

The bank has reportedly set aside over €100 million to cover the costs of resolving the issue, and up to 3,000 customers are set to qualify for both refunds and compensation since they were forced to overpay for their mortgages.

Is AIB they the only bank at it?

Not at all. The Central Bank has ordered all lenders to review their tracker mortgage setups because they know the issues at AIB are part of a wider problem.

Ulster Bank and Permanent TSB are already in trouble with the Central Bank over their handling of the tracker restorations, with the latter up in court this month and ordered to pay compensation to several customers who went bankrupt after they were wrongfully moved from tracker mortgages to more expensive loans.

Bank of Ireland has also found itself in hot water with British and Irish investors after the bank changed the margin on the original tracker mortgage agreement. This resulted in the repayments doubling in some cases.

As a result of today’s apology by AIB, customers will see their monthly payments drop significantly and are in line to receive refunds for what they have been overpaying.

Customers are also going to be compensated for the banks’ misdeeds and each mortgagor could be in line to pocket thousands of euro.