THERE WAS A welcome announcement for tourism businesses in the Budget today – their 9% VAT rate, which had appeared to be under threat, was retained.

Finance Minister Michael Noonan today told the Dáil that the 9% rate for businesses involved in tourism would remain at that level. He has previously stated that the rate was reduced in 2011 from 13.5% to help reduce costs for the sector during a challenging time.

The government decided to retain the rate after the initial 2014 deadline “because the initiative had proved to be a major success, helping create over 15,000 new jobs at that time” he said in July this year.

There are 230,000 currently employed in the tourism sector across the country.

There was speculation about a change to this rate, as the ESRI in September questioned the need to retain it at 9%. Professor Alan Barrett told an Oireachtas committee “all tax incentives should be reviewed periodically to make sure they are still relevant”.

“We don’t know if the tourism-related incentive introduced by the last government is still needed, but the case needs to be explored.”

Noonan today noted that questions had been raised about the need for the rate to be kept at this level, admitting that the rationale for it is not as strong as it was. 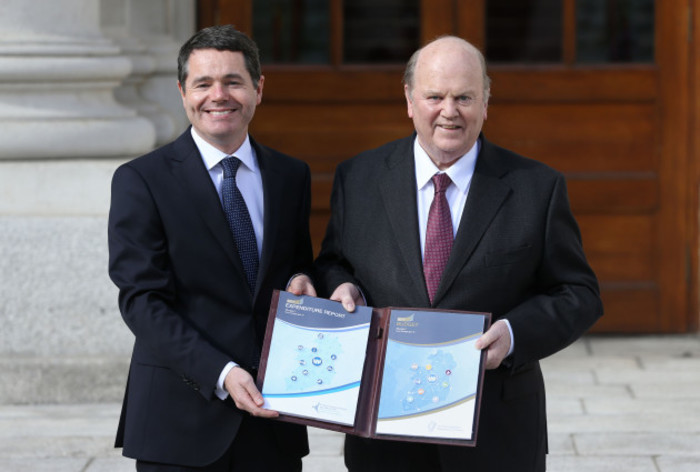 The Irish Hotels Federation (IHF) welcomed the decision, describing the rate as “instrumental in the recovery of the tourism industry”.

“This measure has been the single most important fiscal initiative for Irish tourism in the last decade and we are pleased the government has retained the rate,” said the president of the IHF Joe Dolan.

“It demonstrates that it has been highly effective in job creation and also acknowledges that we have a pro-tourism government who see the value the industry brings to every part of our country located on the periphery of Europe. The decision is a vote of confidence in the tourism industry at a time of uncertainty due to Brexit.”

The Irish Tourist Industry Confederation also welcomed the move, pointing out that the rate allows Ireland to remain competitive in the post-Brexit uncertainty.

“Tourism is a long-term sustainable source of jobs in Ireland. Tourism can’t be offshored or outsourced. It is here to stay and has the potential to provide jobs in all parts of the country,” chief executive Eoghan O’Mara Walsh said.

However, he expressed disappointment that investment in tourism was not greater in the Budget.

Written by Michelle Hennessy and posted on TheJournal.ie