PEOPLE FROM THE Liberties say the Celtic Tiger never walked down Thomas Street.

And while that preserved some of the area’s charm as a throwback to ‘old Dublin’, it also came at a cost to the local business sector.

The area boasts the country’s most popular tourism attraction – the Guinness Storehouse – and an enviable proximity to the city centre.

But the footfall from people following the Thomas Street route to the famous brewery hasn’t been enough to kickstart a widespread commercial boom in the area.

Over the past several years, a concerted effort has been made to help the pocket of Dublin catch up with other inner-city parts of the capital.

Town planner Stephen Coyne has been leading the local regeneration project for Dublin City Council since it began in 2013. He says local businesses mainly wanted an extra push to get over the hump of the recession.

However, money has been in short supply for the council and each part of the city has been vying with others for a new lick of paint.

“Businesses wanted the basics like street lights, cleanliness and to make the area attractive and safe. A lot of the public ground hasn’t been invested in over the last number of years and buildings were starting to fall into wrack and ruin,” Coyne tells Fora.

“They are all rate-paying businesses and had an expectation that the services and presentation in the area would reflect the investment they were making.”

He says having benches installed, lighting upgraded on Thomas Street and flowers planted might seem like small measures, but they helped change a major perception from which the Liberties suffered – that it wasn’t safe.

“People might think that it is more risky than maybe it is, it’s really no different than any other part of the city.

“What can sometimes be the case is the threatening feel of some streets, if they haven’t been invested in and look very grey, can put people off coming to the area.” 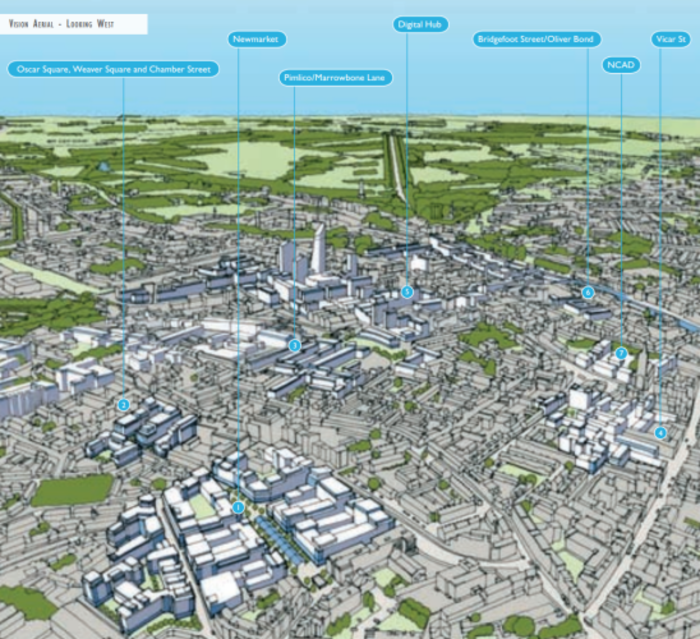 The aim of the project was to bring €1 billion worth of investment into the Liberties – the majority of which would come from private sources and the development of the new children’s hospital.

Significant projects have been unveiled in the area, including new student accommodation projects, hotels and several whiskey distilleries.

The council’s input has been nominal in comparison. According to Coyne, the council spent between €3 million and €4 million on Thomas Street and also offered to pay up to €3,000 to help businesses refurbish and repair their shopfronts.

“We wouldn’t have started as a conventional regeneration project saying here’s X amount of money, it’s more like we’ve tried to make do and find money out of the can for what we want to achieve.”

Over the past two years, the Liberties has started to see some business momentum, with new enterprises moving in and some major firms, like Diageo, consolidating their presences.

At the smaller end of the scale, cafés like the Dublin Cookie Company were attracted to the area to get in on the ground floor of a region on the rise, according to co-owner Elaine Coholan.

“We see this area as one that is yet to be developed and undergoing a lot right now. People are attracted for its quirks and culture, but also it’s very affordable to live in.

“We wanted to be in on an area that we saw was growing and has all the ingredients like the college, Guinness and the Digital Hub.” 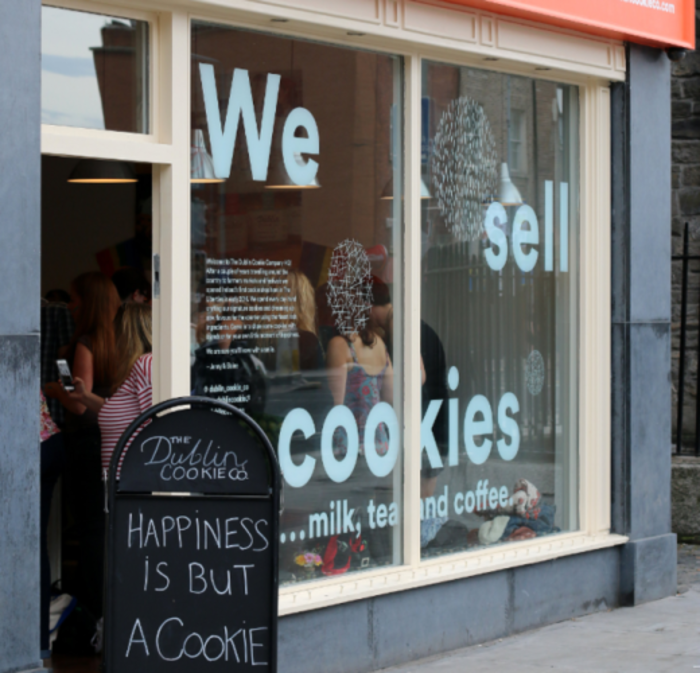 Victim of its success

But with investment coming in, some local traders fear the Liberties could become a victim of its own growing success.

Kevin O’Kelly, owner of the Thomas House Pub, says businesses at the heart of the regeneration should be protected from being possibly driven out now by rising rents.

“Independent places do well and bring an area to life, so all of a sudden the big chains like McDonald’s and Costa Coffee are looking at this area as the next place to be. So they roll up and they take over three or four shops to kill off the small independents.”

One big company that is consolidating its presence in the area is Lidl on Thomas Street, which forked out over €6 million for a long-term lease of its main building and two adjoining lots.

Café Comino, Faye’s Butchers and an arts supplies store on Thomas Street are among those that closed down, and O’Kelly says it feels like the regeneration project has “ground to a halt or gone backwards”.

But Coholan believes it will always be difficult to protect small businesses in an area that’s on the rise.

“The closures on Thomas Street are sad, but the street is changing and requirements are changing. A business that is willing to pivot can survive and find new opportunities.

“The value in an area like this is not just price, it’s the service you get with what you’re buying. All small businesses will fail if we don’t emphasise service first, because if there’s a profit to be made, a big business can emulate it.”

What is needed next?

Teeling Whiskey Distillery is another business that opened in the Liberties in the past 18 months, taking advantage of the region’s low property prices to build its new facilities.

Jack Teeling, the distillery’s co-founder, says it’s now key for the Liberties to retain its base of small businesses so it can maintain its charm.

“The character in the area needs to be protected,” he says. “I think it suits the Liberties to have small indigenous shops that provide the lifestyle that middle-class people, students and people staying in the four-star hotel will want.

“The Liberties is not a generic offering, and it’s important the area doesn’t become over gentrified. But that needs to be balanced with bringing bigger players into the area.” 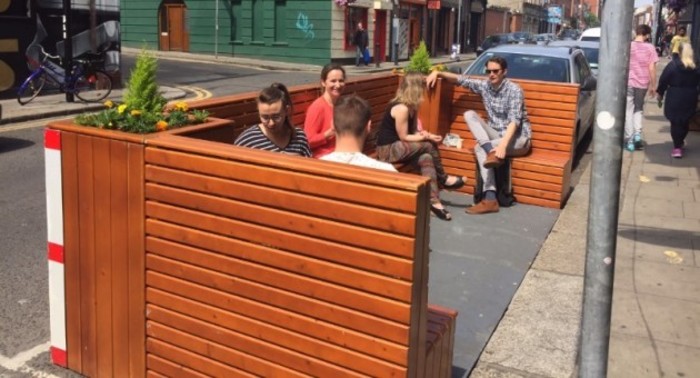 He added that what the area needs next is more of the basics like bins, better lighting throughout the whole area, not just on Thomas Street.

“I think over the next 10 years there will be a lot more private investment coming into the area because there are so many shovel-ready sites.

“But I hope it’s not just hotels and student accommodation. We’ve seen mistakes made in the past out in Smithfield because when it was developed, it felt soulless.”

For his part, Coyne doesn’t feel the area will suffer from the same funk that Smithfield experienced after its pre-recession regeneration.

“It’s a good point that the Liberties should learn from Smithfield. There is always a danger in any regeneration project you’re doing that it can stall, but what you hope is that the Liberties has enough momentum now from all the investment.

“What I know is, my job in the area doesn’t ever end. It can’t be just a project where we go in and do it for a while. This area of the city, and city centre locations alike, need continued intensive management.”