ELECTRIC CAR-MAKER TESLA Motors has opened its first store in Ireland – and it already has a long list of back orders to fulfill.

The company announced late last year that it would enter the Irish in 2017 and this week unveiled its showroom in Sandyford Industrial Estate.

Tesla is one of Elon Musk’s many pet projects – the eccentric Silicon Valley entrepreneur and PayPal co-founder also heads SpaceX and new project Neuralink, as well as chairing SolarCity.

After years of research into electric car production, however, Tesla is starting to rapidly expand into new territories.

After the opening of its first store and ‘Supercharger’, Tesla western Europe director Georg Ell talked Fora through the company’s plans for the Irish market.


While Ell said Irish customers can pay for Tesla’s cars now, they face significant waits for the vehicles to be delivered – a problem it has faced worldwide with some models.

“The wait time for a new car – if you’re taking a custom factory-built car – would be about four months currently,” he said.

“You can also look at some of our existing cars that we might have in the country and those of course we can deliver faster.”

Tesla vehicles available to the Irish market start at €86,650 for the Model S and €105,500 for the Model X. The company claims that on a full battery, the cars have a range of between 613 km and 542 km respectively.

Ell was tight-lipped about the firm’s sales targets for the country, where it will compete with the German luxury-car brands – among others – for customers.

“We do (have sales targets) but we don’t talk about them publicly,” said Ell.

“We’re a little different in how we report our results to Wall Street. We report on deliveries, and we find that breaking it out regionally just causes confusion in the market.” 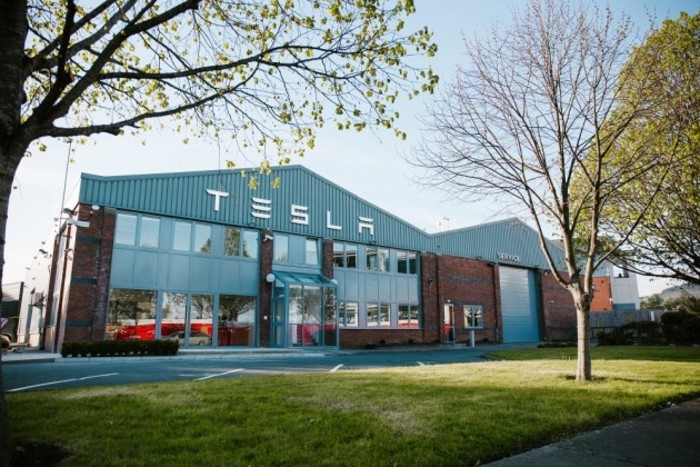 Tesla has been eyeing up the Irish market for some time now, according to Ell, but it took a while to find a home for its first store in the Republic. By comparison, it opened its first UK showroom – the company’s initial foray outside the US – in 2009.

Ell said the company has no immediate plans to open another Irish outlet, adding that Tesla’s main focus will be on installing more of its ‘Supercharger’ points around the country.

This week the company launched its first Supercharger in Ballacolla, Co Laois, which can charge a Tesla battery within 40 minutes. Ell said in addition to the Supercharger, the company has 10 more ‘destination’ charging sites – which recharge batteries at a slower rate - already in Ireland, with more to come.

“Supercharger points are the big expansion (aim), so we’re opening the first service centre and sales centre in Sandyford.

“It’s quite a large centre and will serve us for a little while to come, but Superchargers we expect potentially to open more this year. We already have some sites identified.” 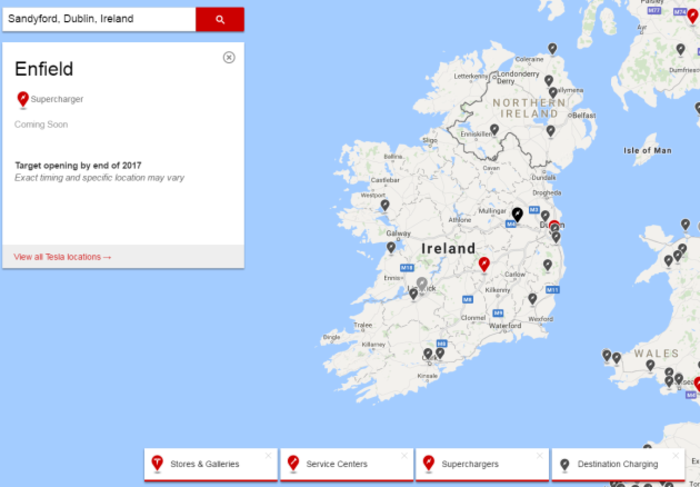 While many pundits were skeptical that Musk could turn high-end electric cars into a profitable enterprise, his firm has so far confounded the doubters.

Meanwhile, last year it delivered a surprise quarterly profit after a pumping billions into research and manufacturing facilities, however it has since slipped back into the red.

A new, cheaper car – the Model 3 – is due to go on sale later this year, although its release has been potentially delayed after a target date for production was pushed back.