IRISH FARMERS HAD a bit more money in their back pockets last year, but subsidies are still the only thing allowing the average beef or sheep producer to make a buck.

The average farm income was up 6% last year to around €26,500, according to the latest Teagasc National Farm Survey, with higher cattle prices, lower costs and good weather all providing tailwinds.

However there was a wide disparity in the cash flowing to different sectors, with the average dairy farm taking in nearly five times the amount of operations based on rearing cattle.

Beef producers had the biggest spike in incomes, which were up more than one-third on average to slightly under €13,000 for the sector. Despite the rise, it remained the least-lucrative enterprise included in the figures, which include full- and part-time operations but excluded the pig and poultry sectors.

Teagasc’s Brian Moran said it was good news that beef farmers were able to generate their own income for the first time in a number of years, but he was wary that they remained “very reliant” on direct payments to make a living.

EU subsidies, known as direct payments, are given to farmers by the Irish government to help them financially support their business.

In 2015, direct payments doled out to those involved in cattle rearing and sheep farming represented more than 100% of their total income. The payments accounted for nearly two-thirds of income across all sectors included in the survey. 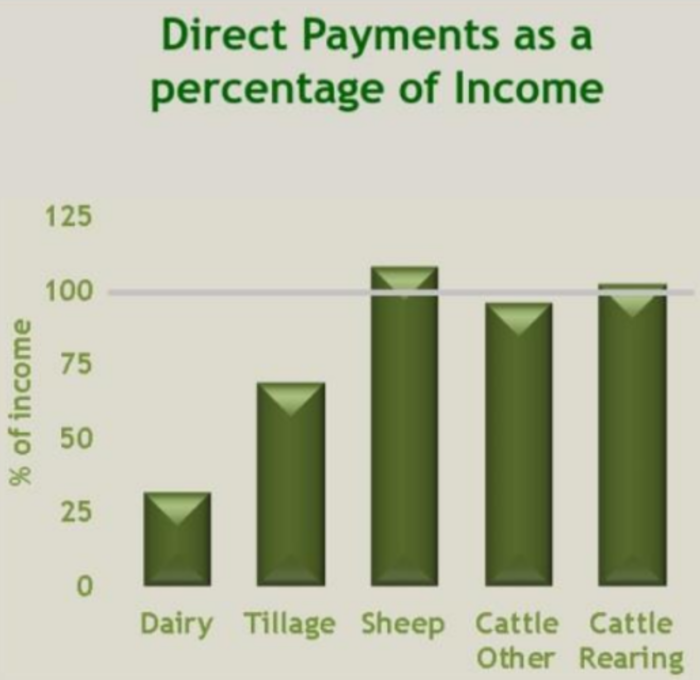 Cattle farmers have been quite vocal in recent times about the problems in their sector. In 2014, thousands of beef farmers across the country protested about gap that has emerged between cattle prices in Ireland and the UK market, while disputes have also flared over cut-price supermarket sales.

Even though milk prices plummeted by nearly 20% in 2015, dairy farmers only saw a 4% decrease on their average income. This means dairy remained the most lucrative agri-sector, with producers earning just over €63,000 on average.

Over the past two years, the price of milk has fallen from around 36 cent per litre to roughly 20 cent per litre, which has led the dairy sector to recently declare it was at “a critical point” because suppliers are now producing milk at a greater cost than it is worth. 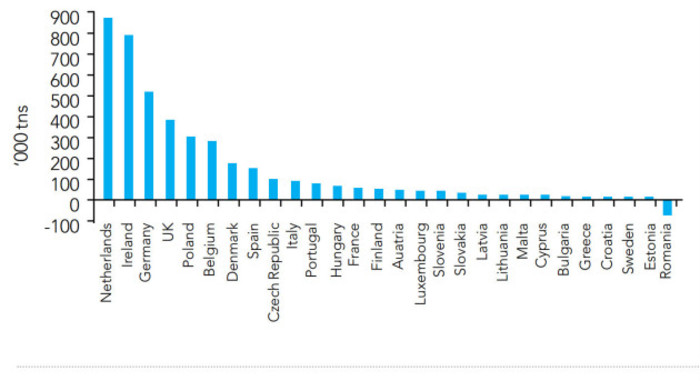 All other farming professions that were part of the survey showed an increase in annual profits, with tillage farmers and sheep farmers seeing their incomes bumped up by 16% and 8% respectively.

Irish Farmers’ Association president Joe Healy said despite the rising incomes for many farmers, the numbers mask the reality farmers are facing.

“It is clear from the figures that the abolition of milk quotas resulted in an increase in cow numbers and expansion in milk output which combined with reduced input expenditure on concentrate feed tempered the significant drop in milk price of 20%,” he said.

“However the poor growth conditions in spring 2016 and continued poor milk means that a 4% income drop in 2015 is an income crisis for dairy farmers in 2016.”

The survey also revealed nearly two-thirds of farms don’t have any business-related debt, while Irish farmers were also pumping significant sums into their operations.

Last year, farmers invested over €800 million in their businesses with over €300 million of that sum spent by dairy farmers.