FOR JOHN RICE, pitching to any of the new video streamers on the block is no big deal.

Rice’s company Jam Media is currently co-producing a kid’s TV series with Amazon Studios called Jessy and Nessy, which is set to air before the year is out. Jam is among a generation of Irish production houses that are navigating the changing world of entertainment.

Ireland has done well attracting big productions in recent years, with programmes such as Vikings and the arrival of the Star Wars film crew to the West Coast showcasing the country’s ability to produce top content.

Rice sees plenty of opportunity for local producers amid the rise of video-on-demand services. He points out that many of them focus on “global content” which he describes as “local content that can exist and work globally”.

Historically, there was a need for animation companies to look abroad, and they are now showing the way for Irish producers in other genres, where streaming giants have not always necessarily shown the same appetite.

Screen is in the middle of the type of tech disruption that the music industry and so many others have already gone through.

While traditional media is trying to catch up and game-changers such as Netflix, Apple+ and Amazon change the way media is consumed, Irish producers are pivoting too and trying to scoop up what opportunities are there for the taking.

“A story is a story, it’s characters – their development, story arcs and the places that they inhabit – don’t change. Even the deck is the same, whether you are going in to pitch to RTÉ, Amazon or Netflix,” he told Fora.

For animation projects, the budgets of larger tech companies are a huge plus. Especially when creating a series that often requires a significant budget due to the time involved.

“Being an animation studio you couldn’t always rely on RTÉ to fully commission a series just because of the price of it, they wouldn’t have been able to afford it,” Rice said.

For this reason, Jam Media – like other Irish animation companies – has always looked to different shores.

One swift glance through the company’s announcements over the past few years shows it has landed deals for content to be aired on the UK BBC’s Cbeebies, US giant Viacom’s Nickelodeon and Comcast’s Universal Kid’s channels – to name a few.

The opportunities presented by the streaming giants are clear when it comes to animation. For independent production houses in other genres, which have often previously relied on terrestrial broadcasters to provide funding, Netflix and its competitors might be a tougher nut to crack. 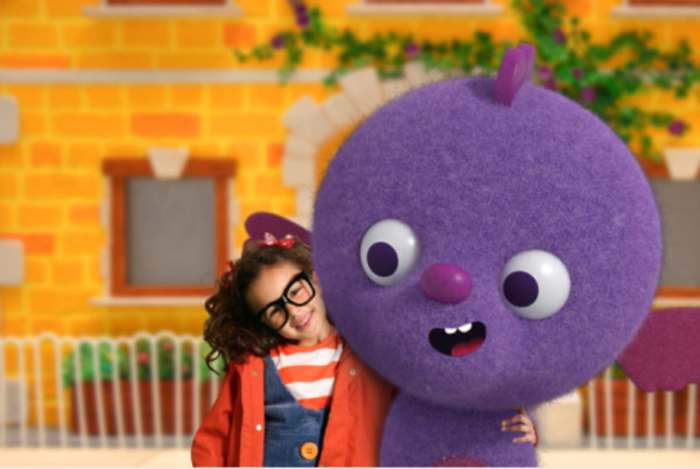 A still from Jessy and Nessy

In the fight for your eyeballs, things started to heat up earlier this month. Disney+ launched in the US, ahead of a planned launch in Ireland in March, as the House of Mouse weighed into an increasingly competitive field to vie for a share of the market that Netflix has been carving out since 2007.

You’re only as good as what you produce and in that regard, the first battle of the streaming wars has already commenced.

Back in 2017, Disney showed its game-plan when it decided to pull its titles from Netflix just a few years after the companies signed a nine-figure deal.

In Ireland, it has bought the rights to films such as Emmet Kirwan’s Dublin Oldschool and John Carney’s Sing Street. Netflix also recently announced that it will be filming a spin-off of the popular Viking series, called Valhalla, at Wicklow’s Ashford Studios.

It is already co-producing My Father’s Dragon with Cartoon Saloon in Kilkenny and Fate: The Winx Saga, a drama being filmed in Wicklow.

Outside of animation and the importers of drama productions are streamers a game changer for producers?

Darren Smith, founder of Kite Entertainment, believes that audiences still have plenty of appetite for local content. The indie production studio is behind GoggleBox Ireland and Ireland’s Fittest Family. Smith told Fora local content is key for any audience – which he said the streamers are missing at the moment.

“You need a cast which the local audience recognises. So Ireland’s Fittest Family does great business because people recognise the family and there is a reveal each week,” he explained.

He told Fora that the video streaming companies have had little impact on a company of his size.

The kind of content he focuses on has not yet found its way to the streamers and when it does, it usually results in an acquisition rather than a commission, which generally means a much smaller fee than a direct commission.

Smith remains optimistic. “I wish we were doing business with Netflix and Amazon, but I do think there’ll be a trickle-down.”

“If it means making films for Americans in Ardmore here, that’s great,” he said.

Smith previously worked in the music industry with the record company EMI and sees the “same mood” in the screen industry as the music one, when downloading and streaming started to become the norm.

He pointed out that the audience doesn’t care about the delivery system, it is more interested in the content itself – which has to be good quality.

“People talk like it’s the death of RTÉ, but when RTE get it right, people go to find it there,” he explained.

He pointed to The Young Offenders series, which saw over 370,000 viewers flock to it the night the first episode of season two aired two weeks ago.

Smith said with streaming now in the mix, it means that Irish producers need to be “as good as the best in the world – and we can be”.

Bernadine Carraher who co-founded Mind the Gap Films in 2001, has seen a lot of change in the industry since the turn of the millennium.

The production company makes factual-based productions like Brendan O’Connor’s Cutting Edge and Lords & Ladles. Originally producing content for terrestrial broadcasters in Ireland, the UK and the US, she said that in 2008 she saw huge changes when budgets – especially in Ireland – plummeted.

“Since 2008 the budgets have gone, for independent production, from €75 million down to what is now around €40 million,” she said.

“In 2008, a number of companies went to the wall and the ones who have survived have seen their turnover drop. We’ve taken a huge drop in our salary and are struggling to survive,” she said.

Though the recession triggered the original fall, video-on-demand and streaming services haven’t necessarily helped  the industry recover – with many viewers picking up their laptops and phones to watch Netflix.

Carraher said that at the moment both the combination of the Broadcasting Authority of Ireland’s Sound and Vision fund – funded through the TV licence fee – and Section 481 funding are keeping the company afloat.

Section 481 is a tax break that allows production companies to claim a tax credit of 32% on a production. It’s intended to promote investment in Irish film and television productions.

Carraher said that one of the positives of the new streaming services could be the potential for levies under an EU directive that was revised last year.

The Audiovisual Media Services Directive which was published November last year – and which has to be legislated for under law by September 2020 – allows the Irish government to apply a nondiscriminatory levy on all streamers targeting Irish audiences.

As part of the directive, a quota will be applied to streaming services that means 30% of all content supplied must be made up of European works.

An industry source told Fora that the main subscription revenue Irish people pay is to both Sky and Virgin Media, but Netflix and Amazon subscriptions are increasing. All together the audio-visual sector is worth around €1 billion for the Irish economy.

The latest ComReg survey showed that from 2017, 500,000 Irish households subscribed to Netflix.

Under the EU directive levies can be applied, with the industry source suggesting if a 2% levy is applied it could create a fund of €20 million that could be put back into Irish film and TV production.

Elaine Geraghty, chief executive of Screen Producers Ireland, told Fora there is currently a difficult funding environment for Irish film and TV, with the public service media under pressure.

According to her, the streaming revolution has hit Ireland, with the likes of Limerick’s Troy Studios playing host to an Apple TV drama, and Ireland needs to find its opportunity where it can.

“We have to open our eyes and look at where the opportunities lie and realise they’re not as narrow as they have been in the past – they’re wider now,” she explained.

She said that the implementation of a levy would be a good opportunity for the industry to receive funding but clarity is needed from the government on what the legislation will look like and what body will collect the levy.

“How do we make it the best environment for the producers that are producing the content which is at the heart of all these services?” she asked.