A PLAN TO create a rooftop cinema in Stephen’s Green Shopping Centre is dead in the water following a ruling made by the national planning authority.

The agency asked the council for clarification if the installation of the temporary outdoor cinema is, or is not, a development and if the proposal is exempted from the planning process.

The proposed venue, with capacity for 350 people per screening, would have included AstroTurf and deck chairs for the theatre area and have pop-up bars and food stalls on site.

Outset said the property would be used to host screenings for up to 30 days in any year, mostly during the summer months.

Dublin council put a spanner in the works in April 2017 when it refused Outset permission to hold its series of movie screenings in the car park.

It said the application did not warrant an exemption certificate and that the plans required full planning permission.

Outset appealed the decision to An Bord Pleanála this time last year, with the national planning authority only posting a ruling on the application recently.

In its report, the planning board’s inspector noted that the development should be exempt from the need to apply for full planning permission due to its temporary nature.

However, the final ruling by An Bord Pleanála refused Outset an exemption certificate, which means the agency would be required to go through the full planning process to gain permission for the outdoor movie theatre proposed. 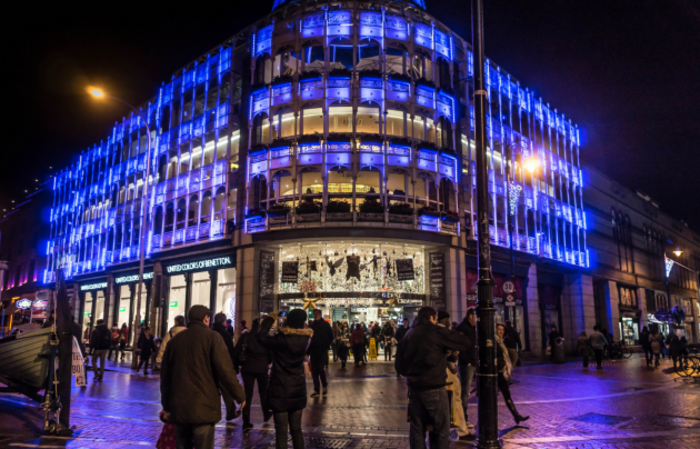 Outset director Mark Jacobs told Fora that due to An Bord Pleanála’s decision, its plans for the outdoor theatre are on ice.

Jacobs said the application process was “frustrating” and that the firm has no plans at the moment to go through the full planning process to gain permission for the outdoor cinema.

The marketing agency’s case to An Bord Pleanála was that the proposed development was a “temporary local recreational event” and Dublin city regulations allow for such plans to be exempt from the planning process.

Planning guidelines state that a ‘local event’ can be granted exemption if it is using a site for any “fair, funfair, bazaar or circus or any local event of religious, cultural, educational, political, social, recreational or sporting character.”

However, An Bord Pleanála stated that it was not satisfied that the event in question, while recreational in character, was a local event.

Jacobs said that Outset will seek a further clarification from the planning authority about its ruling that could inform future applications for similar projects by the agency.

However, he added any clarification on the ruling would take several months, which means the rooftop cinema won’t be coming any time soon.

Permission was previously granted for the development of an 11-screen cinema complex on the upper and roof levels of Stephen’s Green Shopping Centre. However, the planning permission for this permanent development expired in 2016.