Finance Minister Paschal Donohoe announced today that the government is changing the increasing the rate of stamp duty on non-residential property from 2% to 6%.

The rate was cut from 9%, in place during the boom years from 2002 to 2008, in an effort to get the commercial property market moving again during the recession.

Commercial land bought for housing will qualify for a stamp duty refund scheme, pending conditions such as that building starts within 30 months.

The new 6% rate will come into effect at midnight tonight. The government estimates that hiking the rate will yield €375 million for the state coffers.

However many property firms have railed against the change, with Savills predicting that it will also hit the pensions of private sector workers. 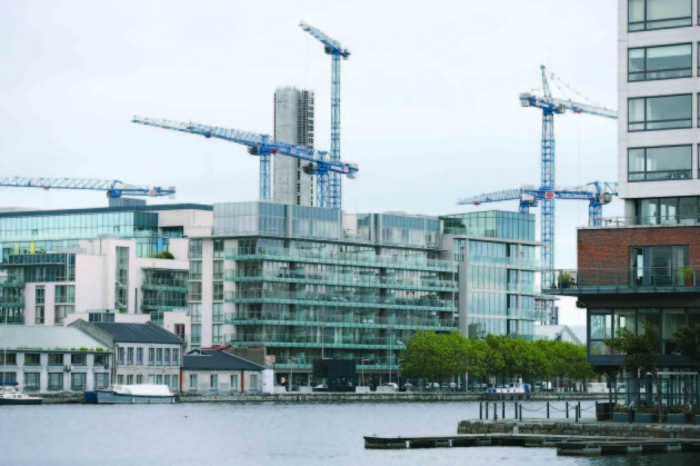 “Standard practice is to value commercial property net of purchase costs – which include stamp duty. Therefore stamp duty increases feed through to an immediate and commensurate reduction in property values,” it said.

“(Some) 550,000 private sector workers currently have money in pensions – most of which incorporate property funds. Today’s measures will directly subtract from the value of these pensions.”

Marie Hunt, the head of research at CBRE Ireland, said that to call the change a negative for the commercial real estate market “is an understatement”.

“One of the welcome developments over the last number of years is that the Irish commercial real estate market has become professionalised with more than half of all investment now emanating from overseas investors and institutional buyers,” she said.

“This has created a much more stable market. Unexpectedly trebling transaction costs in this manner is clearly unwelcome considering the reputational damage it will do with these institutional investors.”

“(It) demonstrates the extent to which the government is out of touch with the commercial realities of development and viability”.

Several property groups also expressed doubts that the increase in the stamp duty rate would raise as much money as the government has predicted.

KPMG partner Jim Clery said that the rise in stamp duty “is a very radical change which will surely significantly reduce the number of transactions next year”.

“The estimated additional yield of €375 million from this measure appears highly ambitious given the €9 billion of transactions needed to generate it,” he said.