IRELAND’S SOVEREIGN WEALTH fund is backing a major plan to build over 20 solar farms across the country.

The pair will help fund the development of more than 20 solar farms with a generation capacity of 140 megawatts.

One megawatt (MW) of solar capacity can power between 150 and 200 homes, so if fully built these solar farms could likely generate enough power for about 24,000 homes a year.

The individual parks will range in size between 5 MW and 25 MW in size. The bulk of them will be located along the east and south-west coasts, from Louth to west Cork.

Power Capital is doing much of the day-to-day work on the projects, such as identifying sites and getting planning permission in place, while ISIF and Capital Stage will provide the financial firepower to build the developments.

Power Capital said it will likely cost €140 million to build the solar farms it has identified. ISIF will provide 25% of the funding, while Capital Stage will provide 75%.

Power Capital boss Peter Duff said the two organisations have committed the funds, which will be drawn down as project milestones are hit.

“ISIF’s involvement is great for us and is affirmation for our company and for the belief in solar energy in Ireland,” he told Fora.

At the moment Ireland is one of the few countries in the EU with no large-scale commercial solar industry. However, as previously examined by Fora, that could all change soon as many large developers want to build solar farms here. 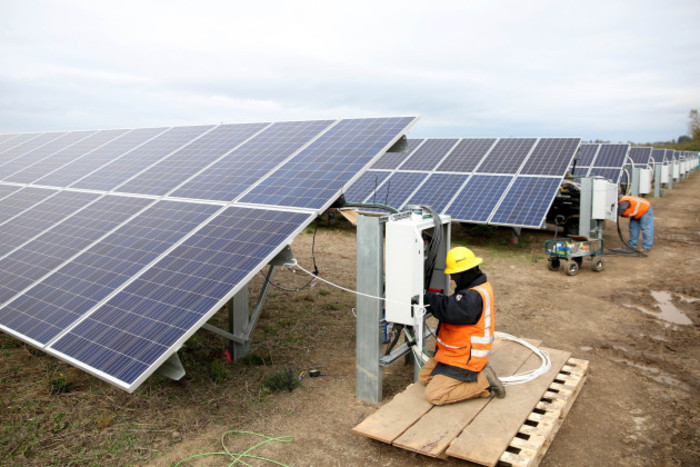 ISIF’s backing for solar energy is significant, as the fund is using the state’s money. Duff said he expects that the solar farms will be developed over the next three years.

Planning permission has been secured for 110MW of development and Power Capital expects the remainder of the sites will get the green light in the first quarter of the year.

Duff said that the company will now look at developing a “route to market” to determine where and how it can sell its energy.

He said the firm will likely look to form partnerships to supply big energy users such as large transport companies, as well as for state support for renewable energy.

“I think it will be a combination of both,” he said. “(We are) actively engaging with large energy consumers in Ireland who have commitments in terms of meeting their high energy demands through renewable sources.”