IRELAND’S ADVERTISING WATCHDOG has upheld a complaint about radio and internet ads by the fertility clinic at the centre of TV3′s documentary series, The Babymakers.

A complaint was made to the Advertising Standards Authority of Ireland (ASAI) about a campaign by Sims IVF advertising free ‘his and hers’ fertility tests.

The disagreement hinged on the clinic’s claim that it could identify any problems that may be causing infertility by conducting a blood test for a woman and a semen analysis for a man.

The complainant – who was anonymised in the ASAI’s published decision – told the ads watchdog that she didn’t think it was possible to ‘guarantee’ that all fertility problems could be identified through such tests.

She said there are times when the cause of infertility falls into the “unexplained” bracket. She claimed that issues caused by poor egg quality, for example, may only come to light following an IVF procedure.

The complainant also considered it “irresponsible” to claim that an ‘anti-mullerian hormone’ (AMH) blood test would “accurately predict” a woman’s fertility.

Sims IVF runs clinics in Dublin and Cork. It has been featured in TV3′s four-part series about couples who are undergoing IVF treatment. 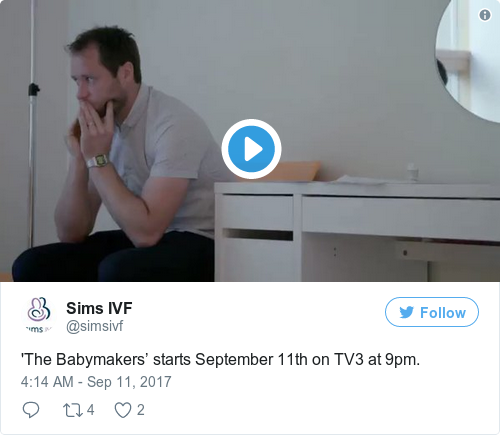 'The Babymakers’​ starts September 11th on TV3 at 9pm. pic.twitter.com/dyL7ejcf51

In its response to the ASAI complaint, the clinic said it disagreed with the claim that an AMH blood test was not an accurate indicator of a woman’s fertility.

It said testing AMH levels was accepted worldwide as an excellent method to measure a woman’s ovarian reserve and, as a result, her potential for fertility.

Sims IVF cited more than 600 articles that linked a woman’s AMH levels to her fertility. The clinic itself has written two articles on the subject, which have been published in peer-reviewed journals.

That said, Sims IVF acknowledged that the AMH reading was not taken on its own but formed part of a diagnosis that considered a woman’s age and reproductive history.

Combined with a standard semen analysis, the clinic said the blood test could give a powerful prognosis.

In its decision, the ASAI committee acknowledged that infertility was a sensitive topic for many people.

It said Sims IVF’s claim that it could find any problem causing infertility was “an absolute claim for which substantiation had not been provided” in the radio advertisement.

It said the guarantee in the internet ad that an AMH blood test alone could accurately predict a woman’s fertility was an “absolute claim”.

“As the AMH value was not taken on its own but formed part of a diagnosis, the committee considered the claim was likely to mislead,” it said.

As a result, the ASAI said the advertisements should not be used in their current format.