New accounts just filed for the company show that its sales rose by €4 million to €37 million last year as the Irish property market continued to recover.

When staff and other costs were factored in, the firm made an operating profit of just over €3 million in the 12 months to the end of 2016 compared to €2.3 million in 2015.

Overall, when other sources of income were included, Sherry Fitzgerald made a full-year profit of €3.7 million, up from €2.2 million the year before.

The firm is now holding almost €6 million in cash after reporting the profit.

The 12-month period represented “good progress” for the group, according to its directors report.

“The historical commitment to invest in and retain people during the challenging years of the recession began to bear fruit,” it said.

“The company now finds itself well placed in the context of a growing economy.”

It said that the financial performance of the business was “positive, and cash generative”.

However, it added: “Nevertheless, it will be a number of years before we have a fully functioning property market, with an equilibrium of supply and demand.

“A functional property market is an essential prerequisite to a competitive economy and in this context the government’s housing policy announced in July 2016 was a welcome, though belated, initiative to increase the housing stock.” 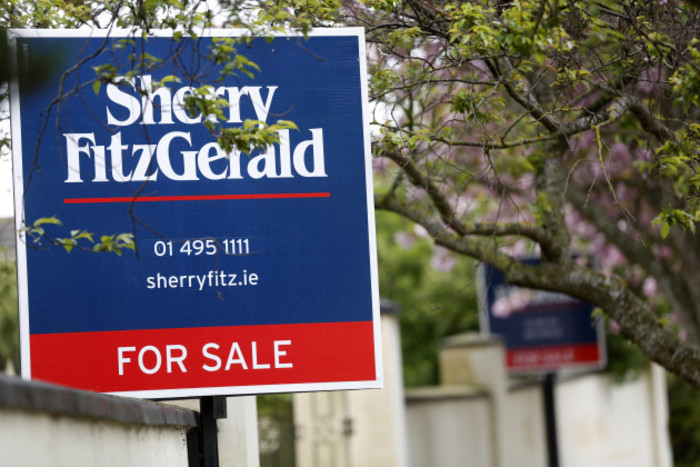 The firm is referring to the government’s ‘Rebuilding Ireland’ strategy, which was published in July 2016.

The plan contained a range of measures aimed at addressing issues in the property market, such as accelerating the construction of social housing.

However, the Sherry Fitzgerald directors report added: “Though unlikely, ill-conceived but possibly well-motivated policy initiatives that would halt the increased supply of property could lead to market dysfunctionality.

“Moreover, the economy needs to be carefully managed to ensure continued competitiveness.”

The accounts also show that the average number of people employed by the company rose from 299 in 2015 to 318.

Correspondingly, staff costs increased from just under €24 million to just over €26 million.