MAJOR COMPANIES LIKE Halfords and B&Q are sounding the Brexit alarm over the future of save-as-you-earn (SAYE) share options schemes for “modest earners”.

SAYE schemes allow an employee to save money to buy shares in the company they work for at a discounted rate at a later date. Such shares could yield a future gain that would be subject to capital gains tax.

In a letter to the Department of Finance – signed by Halfords, Sage, fashion retailer Next and Kingfisher, the retail group behind B&Q, and a number of others – the firms warn that their SAYE schemes, which are administered through Yorkshire Building Society, could cease if passporting rules are lost after Brexit.

In such an event, employees’ funds would be returned to them and the option to buy shares is gone.

Gill Brennan, chief executive of the Irish ProShare Association, which has been involved in the lobbying efforts, said the change would impact “modest earners”.

She explained that the scheme is used by ordinary earners looking to save and invest in shares for a potential profit.

Yorkshire Building Society is one of three institutions administering SAYE schemes in Ireland, along with Barclays and Ulster Bank. 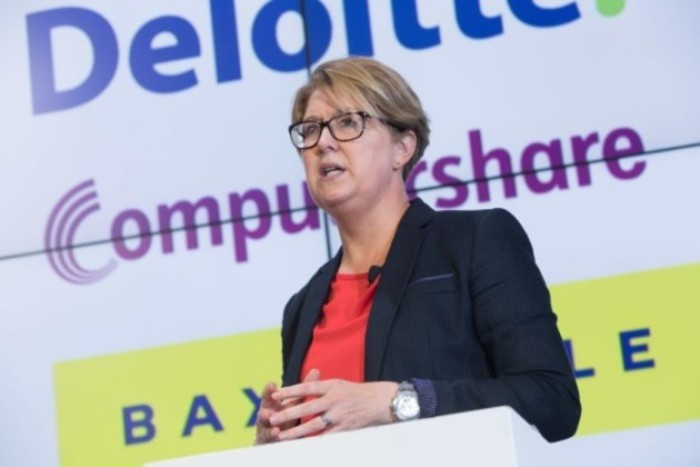 Without a remedy, Brennan said, Ulster Bank would be the only bank left carrying out the scheme, which could be “wiped out”.

“It could mean the end of the save-as you-earn scheme here in Ireland, which had been regenerated and rejuvenated over the back end of the last decade.”

She added that the Exchequer would be affected as shares that would be subject to capital gains tax are never exercised.

“It’s a loss for employers because they won’t be able to offer one of their key benefits in retention tools. It’s a loss all round because a decision was made in Westminster,” she said.

“There’s unfairness around it. It’s a decision made in another jurisdiction that affects ordinary Irish workers without them even knowing.”

Brennan and representatives from Yorkshire Building Society and Barclays Bank met with Minister of State, with responsibility for financial services, Michael D’Arcy in the first week of December last year.

Brennan said one option is to introduce some legislation that would “allow Yorkshire Building Society and Barclays to continue passporting out of the UK and into Ireland for this specific reason”.

That throws up its own challenges, as from Europe’s vantage point, it could be construed as state aid, she said.

Brennan added that she is not sure what would need to happen on the UK side of things, pertaining to legislation, to make such a deal happen.

09.10.2018Changes to Ireland's unloved startup share scheme have been dismissed as 'very vague'

Another potential remedy is allowing accounts to be transferred from one institution to another in a way that is seamless for the employee.

A spokesperson for Revenue told Fora that it “will need to await the final outcome of negotiations between the EU and the UK to determine the implications, if any, for certified contractual savings schemes, post Brexit”.

Brennan said she would like to see banks like AIB and Bank of Ireland offer SAYE administration.

“It’s interesting to note that the Irish banks, particularly those owned by the taxpayer, AIB and Bank of Ireland in particular, are not offering this service,” she said.

A spokesperson for AIB could not comment on whether the bank is considering these services. Bank of Ireland did not return requests for comment in time for publication.

“Banks and morality don’t go very well in the same sentence but I do feel there is a moral obligation upon the banks to do something around this,” Brennan added.