THE HEADS OF Shannon and Knock airports participated in a lobbying blitz after the government proposed laws that could prevent the reintroduction of duty-free on air and sea routes between Ireland and the UK after Brexit.

In February, Finance Minister Paschal Donohoe announced two amendments to the precautionary Brexit Omnibus Bill that would maintain the status quo of duty-free rules between the two jurisdictions if the UK leaves the European Union without a deal.

The EU abolished duty- and tax-free sales on all air and sea routes within the trade bloc at the start of the millennium.

There had been speculation about the reintroduction of duty-free on air and sea routes between Ireland and the UK after Brexit, with one report stating that it could inject an extra €45 million each year into the Irish economy and support 450 jobs.

However, Donohoe’s amendments to the Brexit bill, which was signed into law on St Patrick’s Day, would maintain the current situation.

Correspondence obtained through a freedom of information request shows that the heads of Shannon and Knock airports tried to pressure Donohoe’s Fine Gael colleagues into seeking a reversal of the original amendments.

Joe Gilmore, the managing director of Ireland West Airport in Knock, sent an “urgent” email to Minister for Rural and Community Development Michael Ring on 27 February, the day after the amendments were first reported by TheJournal.ie. 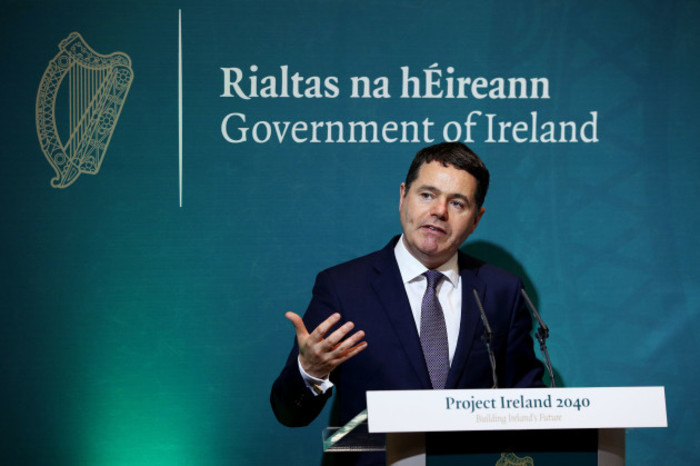 The head of the airport claimed that Irish ports would be “at a competitive disadvantage” to their EU counterparts if the State blocked the reintroduction of duty-free sales between Ireland and the UK.

“With the extremely challenging circumstances Ireland faces in the case of a no-deal Brexit, the return of duty-free presents a silver lining, and a unique opportunity to assist in financing some of the infrastructural costs that have been imposed on ports and airports as a consequence of Brexit,” Gilmore said in the message, which was forwarded by Ring to Paschal Donohoe.

“Given the urgency of what’s outlined above, as well as the magnitude of what’s at stake for the Irish economy, I would ask for your party’s intervention in this matter.”

On 3 March, Shannon Group chief executive Matthew Thomas, who is due to leave his role shortly, told Minister of State for Trade Pat Breen that the return of duty-free sales to UK-bound passengers would “give transport operators a potential lifeline at a time when it is needed most”.

“Given that the European Commission confirmed in its statement of 13 November that there would be an automatic return of duty-free allowances in the event of a hard Brexit, the amendment would, if adopted, put Irish airports and ports at a significant competitive disadvantage to our EU and UK counterparts,” Thomas said.

The Irish Duty Free Alliance, a lobby group that represents stakeholders in the local travel retail market, also participated in the lobbying push to reverse the government’s decision, as did Cork Airport.

When asked to describe the government’s position on the matter following the lobbying effort, a Department of Finance spokesman told Fora: “The legislative measure in the Omnibus Bill is precautionary and the section will be subject to commencement order to be signed by the Minister.

“This allows Ireland the necessary protection to trigger a reciprocal action should the UK publically commit to not applying duty-free sales. Any resulting impact of the measures will be reviewed in the normal course of the Finance Bill,” the spokesman said through a statement.