NOSTALGIC CINEMAGOERS WERE rocked to their cores last week when Dublin’s Screen Cinema announced it was pulling down the curtain for good.

The unpolished gem of Hawkins St, an area with an entertainment history spanning two centuries, will shut its doors for the last time this Monday, with low attendances rumoured to be the main reason behind the need to close shop.

In 2012, the cinema’s then co-owner, Paul Ward, was upfront about dwindling customers at both the Screen and nearby Savoy cinemas.

He told the Irish Independent at the time that annual cinemagoers at the Screen had fallen from 200,000 to 60,000 over an 11-year period.

With the final weekend of screenings getting underway, over 1,000 people on Facebook have shown an interest in squeezing in one last flick at the 35-year-old cinema.

Behind the scenes, however, the decision to close the Screen follows just over three years after an ugly courtroom row between the two families who together built an Ireland-wide cinema empire ended in a dramatic schism.

Opened in 1980, the cinema was a joint venture by the Irish cinema chain Ward Anderson, forming part of the Ward and Anderson families’ shared Dublin Cinema Group (DCG). 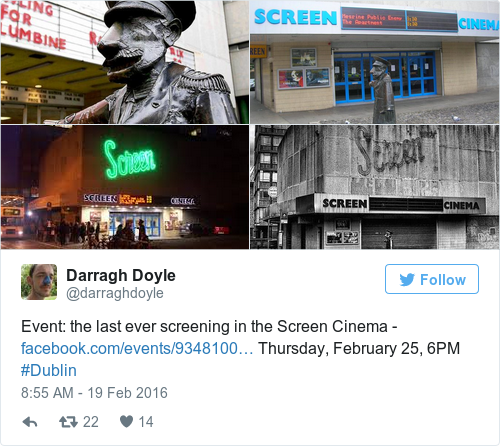 Tensions between Ward and Anderson

The company’s founders had been in the film distribution business together since 1948 and bought their first cinema in 1955.

Despite maintaining separate companies, half-brothers Leo Ward and Kevin Anderson also held a gentleman’s agreement to act in the best interest of DCG.

After six decades of collaboration, however, the relationship dramatically soured when their two sons, both named Paul, began to take control of the family empire.

In 1997, the families’ conflicting concerns came to a head when Kevin Anderson made moves to develop a cinema in the Bloomfield Shopping Centre in Dun Laoghaire.

Ward, who had previously pulled out of discussions for developing the same site, requested his long-term business partner withdraw the plans and instead pursue the project as a joint venture.

Anderson obliged and withdrew from the agreement before Ward’s son Paul stepped in to sign the contracts – he, however, refused to cut the other family in on the deal, a court was told many years later.

A Hollywood fall out

The relationship deteriorated further in 2003, when the Wards decided to leave DCG’s head offices on Upper Abbey St after more than 20 years.

At 11pm one night, Paul Ward phoned Kevin Anderson to announce he was shifting office to Dun Laoghaire. He allegedly stripped the office, taking computers, company records and seven staff with him – although Ward later returned DCG records under threat of court action.

But it wasn’t until 2011 when the already strained bond was stretched to breaking point as Paul Anderson’s Omniplex Holdings agreed to develop a new multiplex cinema in Dublin’s St Stephen’s Green Shopping Centre.

Taken aback by Anderson’s move, Ward sued him and his company in an action that went all the way to the High Court.

He claimed Anderson’s decision to develop the new cinema betrayed the loyalty due to DCG because it would harm the nearby Savoy and Screen cinemas, in which they both had a stake. 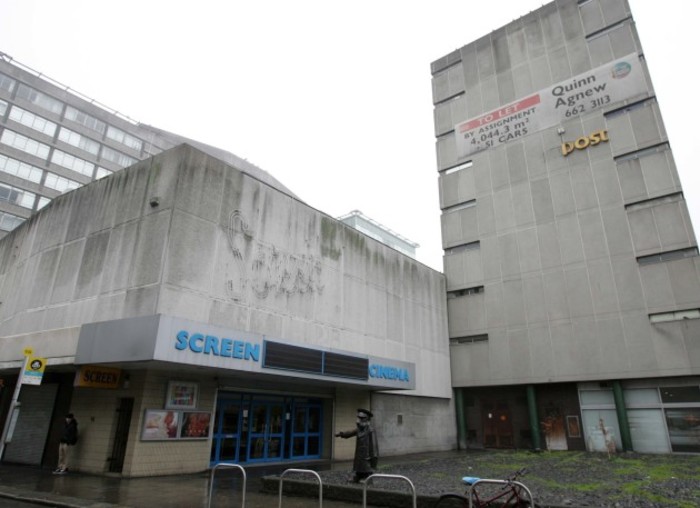 Anderson denied the allegation but after a messy battle in the courts, during which he tried to have DCG wound up once and for all, the pair agreed in early 2013 to run the rule through their €30 million cinema network.

The Wards took control of the Savoy and Screen cinemas as part of the deal at a time when the two families oversaw roughly half Ireland’s cinemas between them.

Putting a line under how bitter he felt about the affair, Anderson told the High Court that Ward’s actions had marked “the crossing of the Rubicon” and it was “impossible now to contemplate going back into everyday business” with his former colleague. And that was that.

For his part, Ward has been silent on the timing or precise reason for the Screen’s closure – or the future of the staff who had worked in the Hawkins St staple.

Despite the apparent fall in attendances, DCG’s most-recent company filings to 31 October 2014 show it turned a pre-tax profit of €950,000 and had nearly €3.7 million in cash sitting in the bank.

However, the financial position of the company’s majority owner, Morvern Holdings, a firm held by Ward and five family members, was more opaque at that time.

Morvern’s accounts for the same period showed debts of more than €23 million, including €21.8 million it owed to DCG. Its assets, the vast bulk of which came from Morvern’s DCG stake, were valued at just over €26 million.

The shuttering of the facility also comes less than a year after plans were revealed to knock down the neighbouring Hawkins House, the unloved offices of the Department of Health sometimes referred to as ‘Dublin’s ugliest building’.

It backs onto the Screen Cinema site and, in August 2015, the Office of Public Works (OPW) said it was in talks with property owners in the vicinity to draw up an action plan for redeveloping the area.

Commenting on the redevelopment plans for Poolbeg St, the OPW told TheJournal.ie it was still in the process of drawing up these plans and was in “discussions with all neighbours to the Hawkins House site”.

Paul Ward didn’t respond when contacted about the Screen Cinema closure and any future plans for the site.