BUDGET 2019 IS approaching, and the usual discussions are taking place about the increase and decrease of various VAT rates.

News reports are suggesting that the budget includes a VAT increase for health supplements. However, as has been the case for the last number of years, the most significant discussion and debate regarding the retention of the 9% VAT rate.

The lower rate was introduced in July 2011 as part of the government’s jobs initiative to increase employment in labour-intensive services, mainly in the tourism sector.

The initiative has been successful, with employment in the accommodation and food services sector reported as having the second-highest growth of any sector since 2011.

However, with this strength in the sector comes the argument that the original reason for its introduction is no longer supportive of the rate.

Proponents of the rate state that it has been an imperative part of recovery in the tourism sector and of particular assistance to small businesses and argue that raising the rate could damage future growth.

However, there have been various others, including the IMF and the Department of Finance, who have called for the rate to be increased.

The continued debate over the 9% VAT rate illustrates that the VAT rate on goods and services visible to households can be a central element of political debate when determining budgetary policy.

Indeed, the 1982 collapse of the Fine Gael-Labour coalition government was largely due to internal opposition over increasing the VAT rate on children’s shoes.

Currently, there are restrictive EU rules in place which limit the ability of the Irish government to set VAT rates and, in particular, to apply a zero rate or one of the reduced rates of VAT (either 9% or 13.5%) to goods and services instead of the standard 23% rate.

Governments have, therefore, been restricted in making changes to VAT rates except within strict criteria. 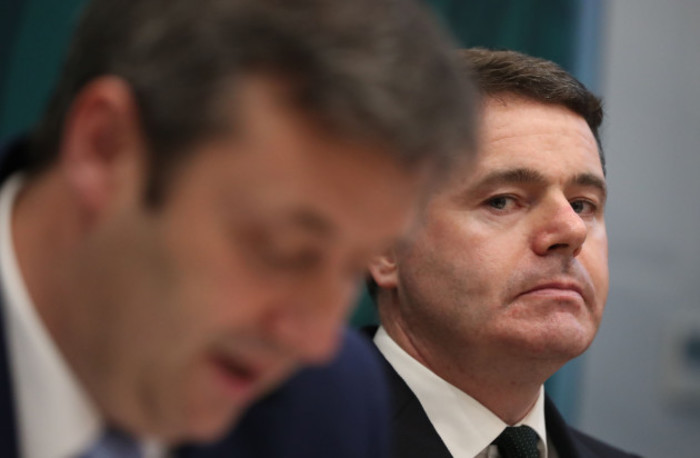 These rules have meant that national governments have been somewhat insulated from public pressure on VAT rates as they can argue that they are prevented by EU law from changing VAT rates on contentious items.

It is these rules which have given rise to various political fallouts in recent years. In the UK, the question of VAT on tampons – the so-called ‘tampon tax’ – has been a political issue for many years.

It formed part of the Brexit debate with some eurosceptics using it as part of their argument for withdrawal from the EU.

Similarly, the differentiating treatment between e-books and physical books due to EU rules has also formed part of ongoing political discussion.

New rules have also been proposed at an EU level to grant a higher level of autonomy to national governments to set VAT rates on a broader range of goods and services.

EU restrictions will be limited to certain overarching principles and a prohibition of lower VAT rates on alcohol, tobacco, weapons and other items of importance from a public policy perspective.

If this proposal is introduced, it is likely that discourse on the appropriateness of VAT rates will form a greater part of discussion on government and budgetary policy and there will be increased politicisation of the rates.

There will also be greater consideration given to using VAT as a tool for public policy or to incentivise behaviour.

As an example, discussions may arise on whether VAT should arise on newly built houses given the current housing crisis, or whether oral and non-oral medicine be treated the same from a public health perspective (oral medicines are subject to the zero rate, while non-oral medicines carry a 23% rate).

It remains to be seen whether this proposal will receive the unanimity amongst EU countries which is required in order to be introduced.

However if it is introduced, the government will face the difficult position of maintaining balance between public pressure for lower VAT rates and maintaining tax receipts – and, as is usually the case with policy, answering the difficult question of what is necessary rather than what is merely popular.