I went and did some research online and discovered that the industry is really unregulated. It opened my eyes to the fact that manufacturers can make sex toys out of any old crap and it’s perfectly legal to do so.

During a visit home to Seattle in 2011, I visited our big, local sex shop called Babeland. They are seen as the go-to place if you are buying a sex toy. I chatted to them about what I was looking for and they were so helpful.

It was the best shopping experiences I ever had for a toy and I felt it was something that was really missing in Ireland. No one else was doing it, so why couldn’t I?

At the time, I didn’t know what I wanted to do full stop and that’s the reason I dropped out of college. I didn’t feel like I was in an area that was viable for me.

I wasn’t looking to set up a business and never saw myself as a business person per se. I’m glad that I did set up SexSiopa.ie because I really enjoy being an entrepreneur while also doing something that was really important to me. 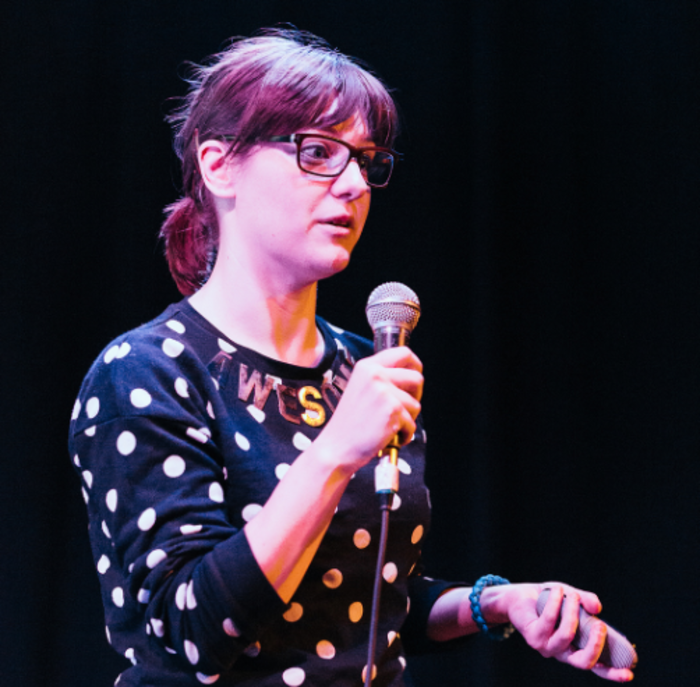 Getting off the ground

I was coming from a completely blank slate because I had no business background. I never graduated college or anything so it was a massive learning curve.

From the start, I made sure to pace myself. I didn’t jump into the deep end and get funding because I wanted to make sure that this is something people wanted – it was a bit of a gamble to set up a sex shop in Ireland.

Everything was done on a shoestring budget. I was very strategic with what I did with my advertising, and I figured out how to boost my profile on social media.

The moment I realised there really was a market out there and SexSiopa.ie had a chance to really take off was when I started getting emails from customers praising me for my good customer service.

Knowing that I’ve helped someone is a really important to me. When I first started, I wasn’t sure if I was going to get any attention.

Are Irish people into sex toys? This was the big question that I had and then I started getting emails from people thanking me and telling me they had been in the dumps with their sex life.

I’d think to myself ‘I just sell vibrators’ but getting that reaction means a lot to me because having a good customer experience is so important in my eyes. 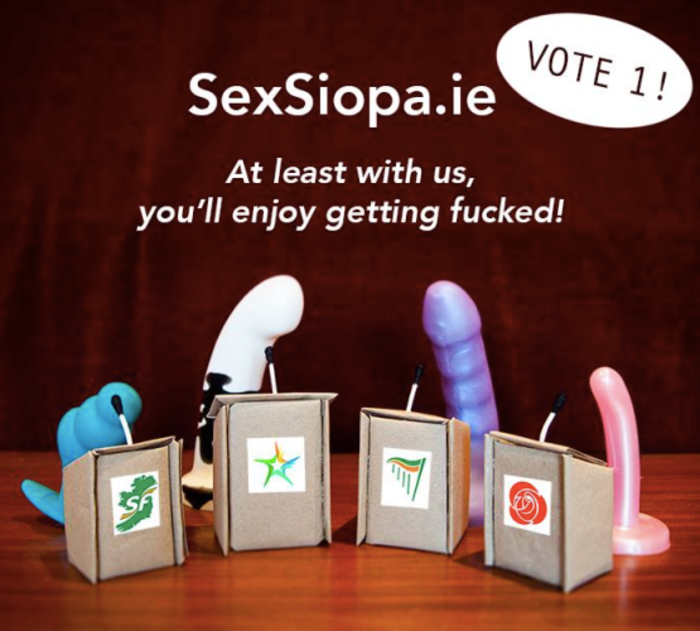 A SexSiopa.ie advert ran during the 2016 General Election
Source: SexSiopa.ie

Marketing the business has been tough at times and especially when I started off because nobody wanted to know. For instance, I can’t advertise on the likes of Twitter and Facebook.

Last January, the Irish Family Planning Association had a campaign for cervical screenings and they asked me if I wanted to help out, wear the pin and promote the cause. I was delighted to get behind because we have had cancer in the family and it means a lot to me.

So I wrote a big long blog and posted it on Facebook and tried to boost the post. At first they took my money and then when I tried to boost again, they blacklisted it and the boost was undone and I wasn’t allowed to advertise it.

After being shot down a lot while trying to promote my business, I have learned to get very creative. I did some research into what content other small businesses in Ireland that I looked up to were posting and simply tried to apply that to sex toys.

Doing things like that, which are funny, has really suited the business well. That’s one thing I love about owning my own business. It gives me the chance to be creative like that and be hands on in all parts of the business.

I have no employees and basically do everything. I have managed to streamline it all and cut out as many overheads as possible, which has included keeping the business online only at the moment and avoiding the costs associated with having a bricks-and-mortar store.

All in all, I love being my own boss. I get to sleep in if I don’t have a tonne of orders to and I don’t have to answer to a boardroom of people telling me how to run my business.

Shawna Scott is the ‎owner of SexSiopa.ie. This article was written in conversation with Killian Woods as part of a series on unlikely entrepreneurs.