THE VERY FIRST business lesson I learned was at the age of seven.

My father had a small pig farm and my brother and I were given a piglet each. When I say we were ‘given’ one, I mean we had to pay for it eventually when we sold it to the factory – giving him a slice of the profits.

But with whatever profit we got, we were encouraged to buy two piglets, then three, then four. By the age of 13, I had dozens of piglets and sold them all to buy some apple trees to sell the apples at the local market. My brother sold his and bought a motorbike.

I got very little from school, so that was one of the first lessons I ever learned – to reinvest your profits.

I couldn’t really stand school, so I didn’t stick at it for long. I got a job in a garage for a few years, but it didn’t work out. So I spent a year on the couch, but at the same time I was doing a lot of wheeling and dealing with car stereos and parts.

Another thing I started doing was selling shrubs and trees. You see them all the time at markets now, but I was probably the first person in Ireland to do that. I was 17 at this stage, and the business did well and I would sell everything each week.

It started with myself buying the plants off my mother and then I would buy off other nurseries. I went door-to-door selling them as well, but one particular day I was driving and had the trailer loaded up with shrubs and trees.

When I arrived, I noticed I had forgotten to close the door. Every one of the plants had fallen out the back, so my whole business was spread across the road from Ballina to Castlebar. 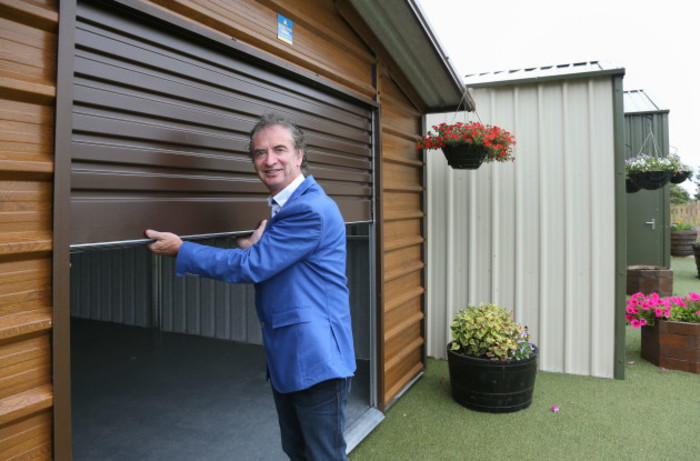 I gave up the shrubs business shortly after and went to London. I stayed there for a year driving machinery, but didn’t like it very much and came back thinking to myself, “Jesus, what am I going to do now”.

Like a lot of people in Mayo, I went for the nearest big city, which is Galway, to see if I could get a job. On my first day I managed to get arrested because I had a banger of a car with no insurance or tax – and when the gardaí came after me, I tried to outrun them.

I stayed in Galway for a year and tried to get a job, but there were none back in the 1980s and having no qualifications didn’t make it any easier.

Nearly by accident, I started my first real business in Galway. Through my girlfriend at the time, I ended up getting a one-off job painting a house – even though I had never painted a house before.

It turned out alright so I decided to put an advert in the paper, but it didn’t really work out. I was competing with so many other painters and the phone didn’t ring.

But I decided to put another ad in the paper and this time it was a turning point. I figured out that I had a knack for marketing because I advertised the service as, ‘Rooms painted from £15. No charge if unsatisfied. Paint included.’

Those added little perks were all I needed and the phone started ringing. That’s what marketing is all about – getting the phone ringing.

I’ve always been looking for new things to do and new ways of making money and although the painting business went from strength to strength, I got bored of it. So I sold the business on and started the coal business, which we made good money from.

It started after I saw these lads selling coal. So I went into the wholesaler and figured out how much I could buy it for and then sell on – I was making around £4 a bag.

I began by going into an estate on the Wednesday evening and simply selling the bags. Half an hour later, another guy arrived selling coal and he said, “Who the fuck are you coming in here?” Had he been nice about it, I would have left and gone somewhere else, but because he was being thick about it I stayed.

What I did next week was I came in earlier to the estate on Wednesday, but it turned out, since I had done zero market research, I didn’t know that five nights a week five other coal lorries also had the same plan and then Saturday there was another coal lorry.

It was one estate and very competitive, but within three years every one of them was gone because I took every bit of the business. It was all about sales and marketing. They went in selling coal, and I went in making customers doing all kinds of promotions gave a reliable service.

I didn’t make any friends doing that, but I always say if your competitors are friends, you’re not doing your job right. 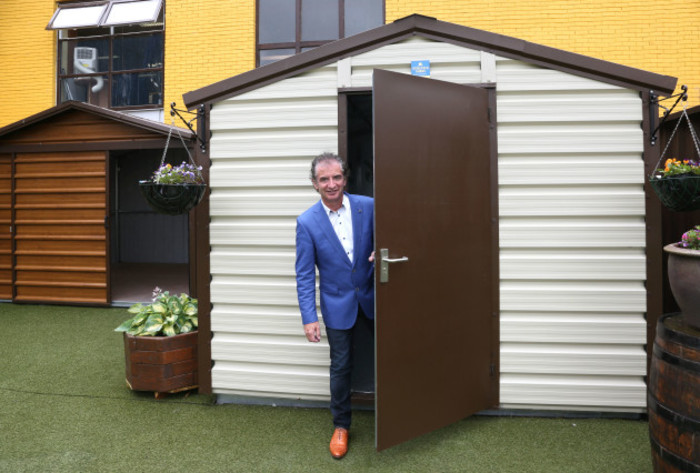 The coal business rapidly expanded throughout Galway city and went on for many years until I eventually sold it. Again, I was looking for something else to do.

The first thing we started doing was recycling old steel oil tanks that people were throwing out, so we would charge a fee to take them away – turning them into coal bunkers to sell the following winter.

One day we decided to make steel sheds because timber sheds were impractical in Ireland due to the weather. That’s how Steeltech Sheds came about and the next 20 years is history.

It was a very steady business for a number of years and it was nearly too easy – especially leading up to 2007. The money was rolling in and I was enjoying life. I wasn’t even working that much, I was just travelling the world.

Of course everything hit the fan in 2008. I remember I came into work one day early in 2009 and all the lads came up to me and said, “What are we going to do? There are no orders coming in”.

I often think I’m at my best when I’m under pressure because it meant I had to start working again. So I said, “We’re going to do the opposite to everyone else – while they’re cutting back we’re going to expand, spend more money than we ever did on marketing and dramatically cut our prices.”

I knew the only way we were going to beat this was to increase volume and that there was a risk it would all go bang, but if it wasn’t going to work, I wanted to go out with a big bang. There’s no point going out with a small bang.

I’d say our recession lasted less than six months. The plan took off straight away and the new products we launched, like the chalets, home offices and greenhouses, were a big hit.

I enjoy taking chances and I probably have no fear at all. I think it causes a bit of chaos, but it makes life more interesting.

It paid off anyway. We were growing at 30% a year from 2009 onwards and now we’re aiming for €100 million in revenue within five years. Actually, I’d hope to hit that figure before that time.

We’re only after going into the UK and have four places open over there. Before the end of March next year, we will have four more locations and within 18 months we hope to have 30 branches open in the country.

Then by 2018 we’re hoping to go into Germany, because we’ve done a fair bit of research and although the Germans are supposedly good at engineering, they’re a disaster with sheds. They just don’t have a good-quality supplier.

If we pull that off, I think we could be closer to the billion mark in revenue than €100 million.

Seán Brett is the ‎owner of Steeltech Sheds. This article was written in conversation with Killian Woods as part of a series on business mistakes and what can be learned from them.