AMID ALL THE second-guessing about what a no-deal Brexit might mean for businesses both in Ireland and the UK, one danger is already clear – the pound appears about as steady on its feet as a baby giraffe in ice skates.

Even in normal times, exchange rates fluctuate. But the ongoing confusion about Britain’s future prospects – political, economic and even democratic – has turbocharged sterling’s volatility.

In a single day at the end of July, sterling lost 1.45% of its value against the euro. By early August, the pound had slumped to its lowest level against the single currency for almost a decade – with €1 fetching nearly 94p.

In the current economic climate, with wage inflation slicing into businesses’ margins, sudden exchange rate swings can be the difference between making a profit and barely breaking even on a deal.

Shifts in the value of sterling create winners and losers of course.

Ireland’s exporters have been counting the cost since Boris Johnson took the Downing Street reins. The British prime minister’s hard-line Brexit stance has triggered a steady depreciation in sterling and thus made Irish exports more expensive for UK customers.

By contrast, Irish importers have received a windfall as the weaker pound has made British goods and services cheaper for them.

But Britain’s knife-edge Brexit endgame could still go either way – and so too could sterling.

Leaving aside the likely negative impact Brexit will have on the Irish economy, an additional risk for Irish importers would be a further delay to Brexit, or an eleventh-hour deal, both of which might send the pound surging.

The opposite is true for exporters, who remain concerned that a chaotic and disorderly Brexit could see sterling flirt with parity against the euro. 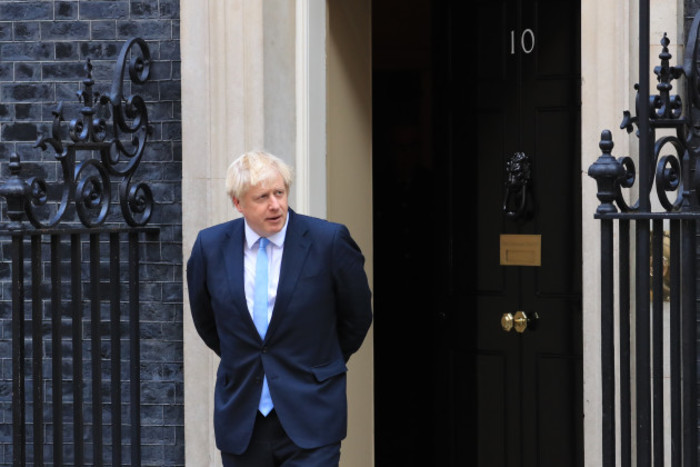 There are also challenges for Irish businesses that send funds to the UK regularly, whether to invest or pay UK-based staff in local currency.

The reason is that unless you specify otherwise, each time you buy sterling the conversion will be made at the rate of the day.

The more often you make such transactions, and the larger the sums involved, the more painful a sudden rise or fall in the pound would be.

Global corporates, who make such transactions regularly, use a technique known as hedging to manage their currency risk.

Here’s a quick guide to the main hedging strategies, and how they work.

Forward contracts: These allow you to lock into a specific exchange rate, rather than just exchanging at the rate of the day.

Such contracts can be fixed for up to a year and require you to make a small deposit – typically 5% of the amount to be transferred – upfront. You then pay the remainder when you send the balance.

Crucially, you are protected if the exchange rate moves against you between the moment you strike the contract and the day you actually need the money.

Limit orders: This is where you set a target exchange rate, at which your trade will be triggered automatically if the market reaches your chosen rate.

They are particularly useful if you have upcoming payments with a relaxed deadline, and therefore have the time to try for an exchange rate better than what’s available right now.

Stop loss orders: This is where you set a minimum exchange rate, at which your trade will be triggered automatically if the market falls to your chosen rate.

Stop loss orders are often used where there is a high risk of adverse exchange rate movement, and they enable businesses to protect their bottom line from falling below an agreed level.

Predicting what will happen to the value of sterling in the long-term is virtually impossible. But in the short-term, the final countdown to Brexit is likely to bring further volatility and the potential for abrupt exchange rate swings that could wipe out the profit margins of the unwary who fail to hedge their currency risk.

But smaller and medium-sized companies need not be hostages to exchange rate fortune.

All businesses that trade regularly with UK-based suppliers should take a leaf out of the big corporates’ book, and use hedging to bake in more certainty.

Because among all the unknowns of the coming weeks, one good bet is that exchange rates could continue to yo-yo.

David Lamb is head of dealing at Fexco Corporate Payments.