FAILURE IS PART and parcel of the startup game, but very few entrepreneurs understand how to own it.

There’s so much bullshit in the startup scene because there has to be. People are always faking it until they make it. So, when it all collapses (like it does 90-odd percent of the time), it’s like a double kick in the teeth because you can’t figure out if you’ve been lying to yourself or to others.

That’s why entrepreneurs need a moment where they realign with reality. And this is where Startup Wakes come in. It’s not about bravado, which makes it very different to most startup events. Everyone knows why they’re there, because their company didn’t work out. 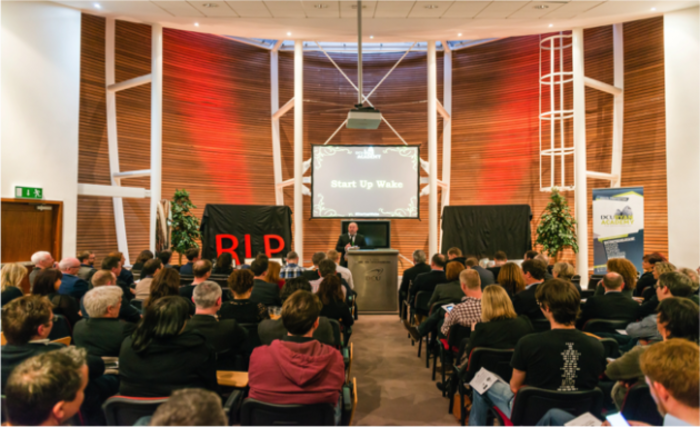 It’s like a good old-fashioned Irish wake. There’s a chief mourner, or a priest if you like. That’s usually my role, to set the tone and remind everyone that it’s a bit of craic.

The events feels more like a wake each time we do one. In SXSW there was even ham sandwiches and milky tea. Sometimes we even have a coffin for dramatic effect and pictures of the deceased brands beside it.

We like to kick things off with a well-recognised successful entrepreneur speaking about their failure and to ultimately show that there is light at the end of the tunnel. Then three other founders are then invited up on stage to chat about where it all went wrong for their bright idea and reflect on it all like the death of a loved one.

To finish up, we usually bring in a speaker who isn’t associated with startups at all, like blind paralympian Peter Ryan. This gives a bit of perspective on real life, because as entrepreneurs we can get a bit caught up in startup life and forget what’s beyond it.

Then at the end, everyone gets a glass of whiskey and sings along to The Parting Glass by The Clancy Brothers.

We tried burning the business plan, but that didn’t really work. We needed there to be a cathartic moment after which everyone puts the failure behind them. It’s quite funny to hear the whole crowd singing The Parting Glass at you but also at the same time quite poignant. 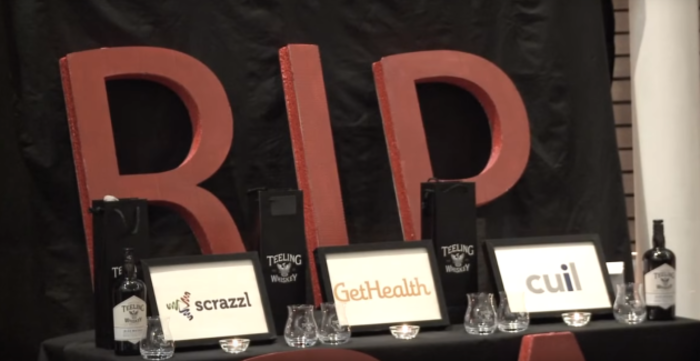 We did the first Startup Wake last year, but the concept goes all the way back to the start of Web Summit when we set up Flounders.

Many of us were helping out at Web Summit, but couldn’t quite make it on the guest list for Paddy Cosgrave’s exclusive F.ounders event attended by tech’s best and brightest. So in a fit of pique, myself, Noel Toolan, Dylan Collins, Pat Phelan and Mark Little set up Flounders, a gathering of failed founders.

The price of admission was you had to tell a failure story. The stories were quite poignant, because 90% of the startups had failed, but they had nowhere to tell their story and get it off their chest.

Since Flounders worked so well, the DCU Ryan Academy approached us and said they liked the idea of founders having a safe space to talk about why they failed and how to learn from it. With backing from the DCU Ryan Academy, we developed Startup Wakes as an event with a bit more structure on it.

Since then it has spread to Cork and London, and the latest one was held out at SXSW in Texas and run by Dublin startup commissioner Niamh Bushnell. Roughly 3,000 people applied for the 500-ticket event.

At a normal wake, you tell the truth because if you’re not going to say it then, when are you? If you don’t say it then, it’s kind of disrespectful to bottle it all up.

This is what the Startup Wakes is all about. We create a safe space for startups to talk about failure and reflect on where it all went wrong.

A lot of people start in denial. They usually say the market or the timing wasn’t right, then as the evening goes on, they get brutally honest and come to the realisation that the product might not have been the right fit.

It’s a good learning experience because a lot of this usually gets buried down deep after a startup tanks. 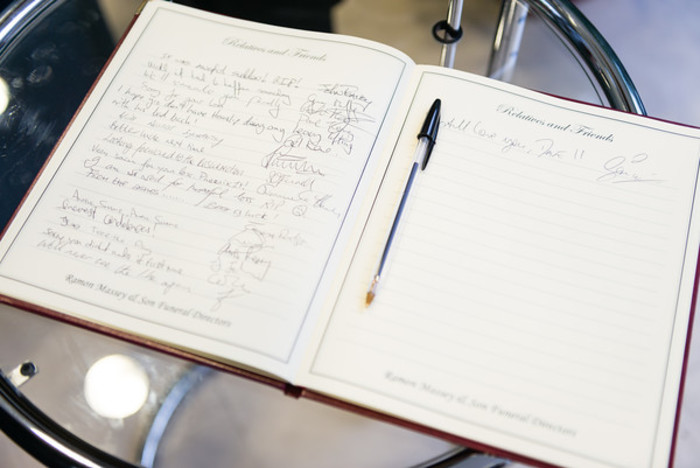 The book of condolence at the first Startup Wake
Source: Beachhut PR

It usually takes entrepreneurs who have failed some time to come to the Startup Wakes. Most of the time I have to drag them in kicking and screaming.

My dream is to see the startup wake concept become a format that anyone can adapt worldwide. Some will be good and some will flop, but that’s what it’s about.

I think it’s something that needed to be brought on by the Irish, because who better to own a wake than us.

Paul Hayes is the CEO and founder of Beachhut PR. This article was written in conversation with Killian Woods.

READ: Take Benjamin Franklin’s advice: ‘If you fail to plan, you are planning to fail’

READ: ‘Sometimes when I’m called an entrepreneur I cringe. I feel it’s a term one grows into’