I WAS BORN in Japan and lived there until I was 18, studied in Scotland and then spent the early years of my career in New York before moving back to Europe.

Growing up, I had a difficult family life. The first thing you want to do when you’re in that situation is get as far away as possible, which is probably why I moved from Tokyo to Scotland of all places.

I think as a young, creative person, you can feel ‘different’ from everyone else, which can be a bit isolating.

The nice thing about going to art school is you feel you’re in a tribe you like belonging to – with similarly creative, wacky people. That’s what I found in Aberdeen, where I studied illustration and graphic design at Robert Gordon University.

I’m in my 40s now, which means that when I graduated there was no such thing as web design or ‘user experience’ (UX) courses. It was all self-taught back then.

Around that time, the internet was just starting to kick off. I knew it was something I should get to grips with, so I picked up a book called Learn HTML in a Week. That was the beginning of my constant upskilling, which has continued throughout my life.

I didn’t think hanging around Aberdeen was a good career move after graduating from art school, which is how I ended up in New York.

While I was in the States, I worked as a designer for a number of multinational companies like IBM and Sony, as well as multiple startups.

New York is a great place when you’re in your 20s. It’s hyperactive, it’s really dynamic and it feels like you’re in a movie. But it’s not the most relaxing place.

During this time I was starting to practice yoga and meditation to deal with anxiety, as well as travelling around the world – from rainforests in Suriname to mountains in Morocco and Nepal.

I really fell in love with the natural world. Coming back to Manhattan after each trip, I felt less and less at home. 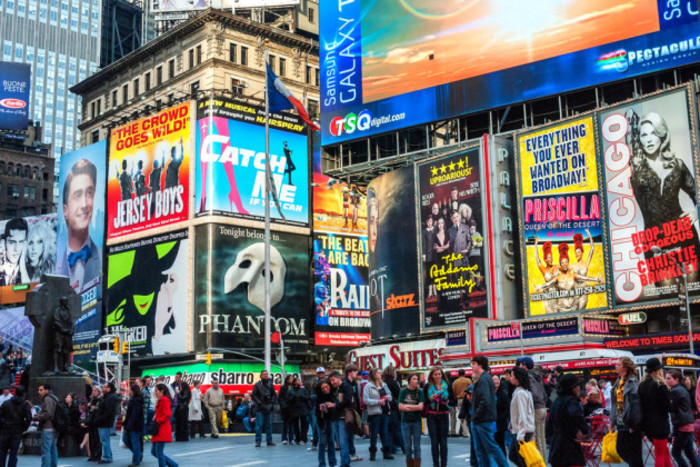 After eight years there, I felt like I needed to go somewhere that was a bit more chilled out with a different work ethic and less manic energy in general.

I was dating an English guy at the time and we decided to move back to his home city, Manchester.

That was definitely a nice escape from the high-pressure environment of New York – lots of outdoor climbing, being immersed in the yoga community and also being in Europe meant I got more paid holidays.

When that relationship ended, I started dating a guy from Ireland while living in the UK. After years of flying back and forth we decided it made sense to move to Dublin, which is how I ended up here.

Today, I work as the principal of UX at Fleetmatics, a software company that makes technology for businesses to track and manage fleets.

One of my main tasks from my 30s onward has been preparing younger designers on a team. It’s about preparing them for commercial practice so they can present themselves as professional consultants in a business setting.

Many young designers start out very idealistic. I’ve had to realise myself that I don’t just need design skills to thrive in this industry – I needed managerial skills, people skills and the ability to work with stakeholders at all levels in a company.

They can’t teach you that stuff in design school or art school – really it can only be learned in practical, real-life situations.

When you’re a young designer, it’s way less stressful – if you want to climb the career ladder, you have to take on more of a managerial position and work with stakeholders at all levels, which is a lot more complex. To do it well requires some emotional maturity. 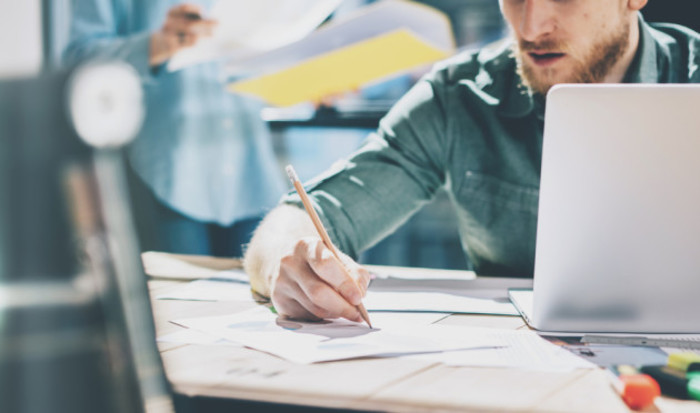 I’ve managed to control stress at work by upskilling all the time. UX is constantly changing, so I’ve always tried to keep up to date and learn new skills throughout my career.

This means being honest about what I don’t know and getting trained on it or collaborating with folks who have those skills to fill in the gaps on a team or projects.

I think that’s where creative people can take caution in the workplace: you’ll find it much easier to manage difficult projects if you constantly equip yourself with different skills and keep on top of what’s happening in your industry.

For example, I completed an MBA when I moved to Dublin, which definitely helped make me more competitive in the UX marketplace.

I generally find that when you take on new skills, it toughens you up as well. When I did my MBA, I had to do a presentation every week. I hated them, but by the end of it, it was really easy and now I enjoy them.

I think the key to good mental health is stability and knowing that you feel safe – I’d never really had that at an early age. Over the years, I’ve learned how to provide that state of mind for myself – it was a matter of being consistent at making that a priority.

My mother’s family is from North Korea and they moved to Japan when she was a child. They were an immigrant family and were treated as second-class citizens in Japan – Koreans in Japan weren’t integrated well at all back then.

My dad is an Austrian Jew. When he was six, his family ran away from Hitler’s troops to America. When he was in his 30s, he moved to Japan, where he met my mum.

I think they both suffered a lot of childhood trauma that they never really dealt with, which is one reason why depression was pretty rampant in my family.

There was a lot of instability in our house, which impacted me, my brother and my sister. Daily screaming matches were normal.

By the time I was about 16, I was starting to show signs of depression – but I ignored it until I was 18. Around that time, I had moved to Scotland and started getting panic attacks. That’s how I knew something was wrong.

Some people have a creative outlet to cope with mental health issues. I did quite a lot of painting at that time, but it was really a mixture of therapy and physical activity that helped me deal with my depression.

I started to do a lot of yoga and meditation in my early 20s, and I kept at it for decades. Those tools really helped with creating long-term stability even as I was migrating around the world with work as a consultant. 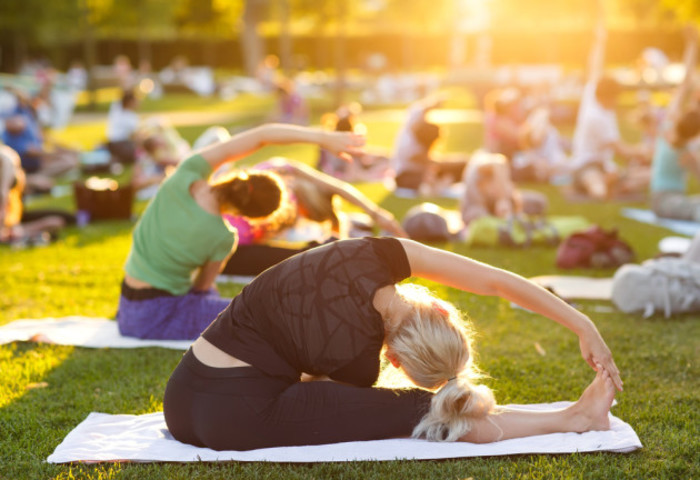 Meditation is a long-term game for changing brain chemistry to make you stable – and it definitely helped me to slow down internally. But I think the biggest thing that helps people with mental health problems is exercise.

When you spend eight hours a day at your computer, how connected are you to what’s happening in your body? My main physical outlet these days is Brazilian jiu-jitsu. It’s also very social, very skilled and highly technical.

That’s probably not enough though if you are suffering from long-term mental health issues – other tools like the various types of therapy out there, meditation, and yoga are important too.

Personally, I think people need a combination of methods over many years – and that combination is going to be different for everybody because of the unique mix of their physiological wiring and their personal history.

The combination of yoga, meditation, painting and having stable, kind partners and friends to rely on has been a saving grace for me.

Kelle Link is principal of user experience at Fleetmatics. This article was written in conversation with Conor McMahon as part of a series for the IDI’s Mind Over Matter mental health campaign, which features Fora as media partner.

To raise money for the initiative, businesses can book one-hour consultations with some of Ireland’s brightest design minds for €60, all of which goes to Aware. Mind Over Matter is taking place nationwide on 2 November.