I WAS TAUGHT what hard work was from a young age. I grew up on a farm in Kildare that did a bit of everything and remember being out on Christmas day feeding 250 cattle.

My dad is still a cattle dealer, and he’s well into his 80s. I can’t ever imagine him retiring, and I think I have that in common with him.

I went to Newbridge College and played a fair bit of rugby there before going to DIT in Mountjoy Square to study marketing and administration.

I was attracted to the whole subject. Business was calling me and the marketing side of things seemed a bit sexy to me.

Straight after college, I lived abroad in Berlin and was there for four months in total before I left – to this day leaving is still one of my big regrets.

I was offered a year contract in Ford Plastics in Berlin, but I came back to Ireland to do a final trial for the Irish under-21s rugby squad, which I got on and toured with.

Over in Germany, I was working in the office and learning a lot. I remember the Russian soldiers and tanks trundling around, but nobody had the slightest idea what was to come.

I asked all my German friends about the wall before, and they were adamant it would never come down. Two weeks after I left, bang, it came down. I missed it. 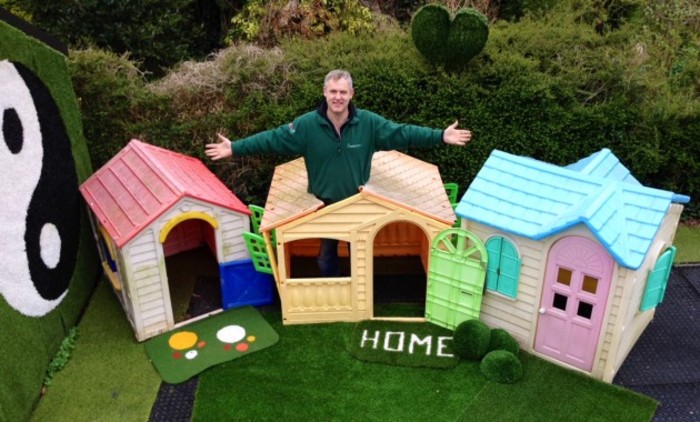 Like a lot of people nowadays, I’ve had dozens of different jobs. I’ve worked in construction, been a barman, worked in a slaughter factory and done various office jobs.

I was too opinionated and not politically savvy enough, so I kept on getting fired. I think I was born to be self-employed.

I ended up in San Francisco in about 1998 when my sister was living over there – it was nearly a last resort – and started plastering with an Irish guy.

One day he asked me to tidy up his garden before a party he was having. I don’t know what it was about the job, but I loved it and from that day I knew I wanted to be a landscaper.

I liked being outside and grew up on a farm, so it made sense. So I started doing that on the side.

When I came back to Ireland, in a twist of fate, I ended up with £10,000 in my pocket. A college course I planned to do a few years back fell through and the college paid out a lump sum to those affected by the mishap.

I could have stayed in San Francisco, but with that money I decided to buy a van, get some equipment, print off some business cards and start a landscape business.

I had the travel bug for years, but was ready to settle down for a bit in one place when I got back to Ireland. And a friend from years back joined me as a partner of that landscaping company, so I wasn’t on my own. 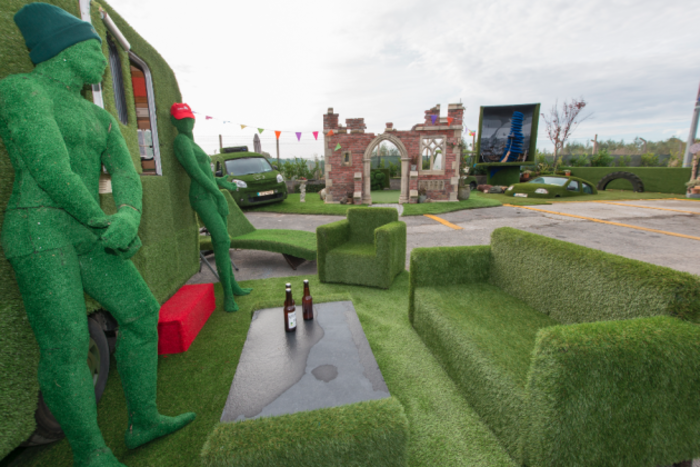 When we started in the early 2000s, property prices were up and people were getting brave about spending their money. It meant we were doing well and looking after some fancy gardens.

So we got this business idea to import log cabins from Finland, and then Estonia later on. This was a brand new idea and nobody had been doing it in Ireland.

Some people thought we were wasting our time selling these for a couple of grand when you could get a shed for €200. But we got quite busy.

We ended up selling 30 when, all of a sudden, one customer who ordered a big one from us simply refused to pay. So we dropped it.

We got roasted for a lot of money, which messed up our cash flow. Also, my business partner got diagnosed with a brain tumour and passed away.

So the log cabin business fell to the side. Now there are a dozen companies doing them and they’re in every second garden, so the lesson I learned was when you’re on to something don’t let go.

I continued landscaping on my own. As fate would have it, I went over to a golf show in Florida and at that show I saw these synthetic grass putting greens.

It grabbed me. I remember seeing them and saying to myself, “That’s the future.”

Within a few months, I was exhibiting the idea at the RDS, but people walked past laughing. They would say, “The one thing we do have for free in Ireland is green grass growing.”

But having lost the log cabin business, I decided to stick to my guns this time. I was certain it would work and people would pay for it.

Fast forward 15 years and we’re turning over €2 million a year, employ 15 people and have eight vans on the road. And there are now 10 competitors, but we’re in the lead.

It was tough to stomach the laughter at the idea when I started, but it’s immensely satisfying now. We were operating the business out of a log cabin in my parents’ back garden for a while, and then a nearby warehouse.

But at the beginning of the recession, I started looking for a brick-and-mortar home for the business and got a place just before the property prices went back up again.

It’s a location for the company, and the physical element proves we’re not a fly-by-night business – it gives people a chance to come down and see our showroom. 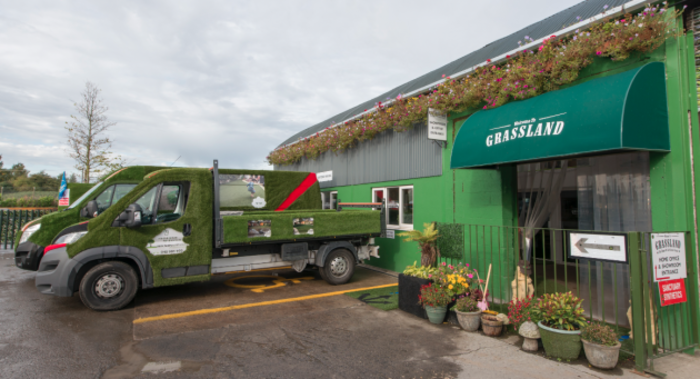 When the recession rolled around, it suddenly wasn’t fun and games any more. Along with everyone else, we had to get your act together.

We could have been included in the luxury category, so we were under threat – it all comes down to want and need. People want a nice garden, but they need a loaf of bread.

We were lucky that we weren’t owed large amounts of money. We sat down as a group, knocked 10% off all salaries across the board and worked a little bit harder.

Even though unemployment went up to 15%, there were still a lot of people who wanted to spend a bit of money on their garden.

But we were often told, “Can you park around the back and not make a big hoopla about coming in?” They wouldn’t want the neighbours, who might not be doing so well financially, to see.

The next thing for us to watch out for is Brexit, which has already had a little effect on us.

Funny enough, the morning the vote came through, we got a phone call from two little old ladies in Foxrock who we had a €15,000 job lined up with so they didn’t have to worry about their lawn any more.

The next thing, they wanted to cancel it. “What with Brexit and everything, we don’t think it’s the right thing.” That was a bit of a fright.

The lesson is, there is no chance in business to rest on your laurels. So, like before, we need to continue to try to be more efficient and get our act together so we can be ready if anything big comes down the track.

Mark O’Loughlin is the owner of Sanctuary Synthetics. This article was written in conversation with Killian Woods as part of a series on business mistakes and what can be learned from them.